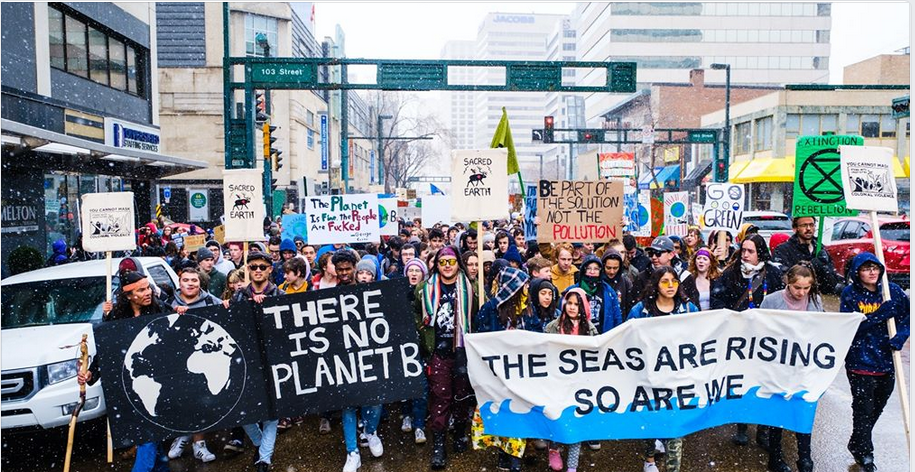 So it has come to this. In Canada, tar sands supporters in large trucks, wearing “I love energy” T-shirts are hounding a youth climate activist, who has emboldened and inspired millions to march and strike for climate action.

Earlier on Facebook, “United We Roll” had issued a “call to action”, stating that “We in the province of Alberta are tired of celebrities coming into our province and trying to tell us how to run our oil and gas sector. This is a short notice but we need to let the world know we are proud of our clean energy.”

They used the hashtag: #GoBackToSchoolGreta

But there were more sinister and overtly racist posts on the Facebook site, saying Greta is “following directives from the Soros led globalists.”

“We’re going to continue to fight for Canadian energy until we get pipelines in the ground. And we’re going to rally against any climate activist who comes out and pretends they know more about our environment than we do in Alberta, about our oil and gas industry,” said Glen Carritt, a co-organizer of the counter rally.

He told local media that the plan was to push “back against her message, those financing her tour, and political parties that are ‘trying to create this climate emergency hoax.’”

According to local media, one convoy participant named Albert Sauve said “We’re just fighting for our rights. Fighting to be heard.” Another Laura Miller added: “It’s a message to anyone that’s against oil and gas industry: this is our livelihood. Leave us be.”

Joel Mullan, the convoy co-organizer, also added that “We also want to make the message very, very clear that this is the most ethically produced and cleanest-produced oil in the world. Our environmental standards are second to none.”

Indeed, research published this month conducted by EnviroEconomics and published by Environmental Defence outlined six major areas of legislation or regulation – including water protection, industrial environmental review, and carbon pricing – which “have been killed, weakened or delayed” due to oil industry lobbying efforts.

“Oil and gas companies are trying to rebrand themselves as environmental champions, all while emissions per barrel go up, toxic tailings ponds grow, the environmental liability of abandoned oil and gas wells rises, and a transition to a more sustainable economic future is blocked,” said Dale Marshall, National Climate Program Manager from Environmental Defense.

He added: “While several parties have proposed strong climate measures, to actually meet our climate goals, it comes down to who can stand up to the oil and gas lobby in Canada.”

And that is what Greta and the others have been doing today in Edmonton, despite the oil industry’s ill-advised counter-protest.