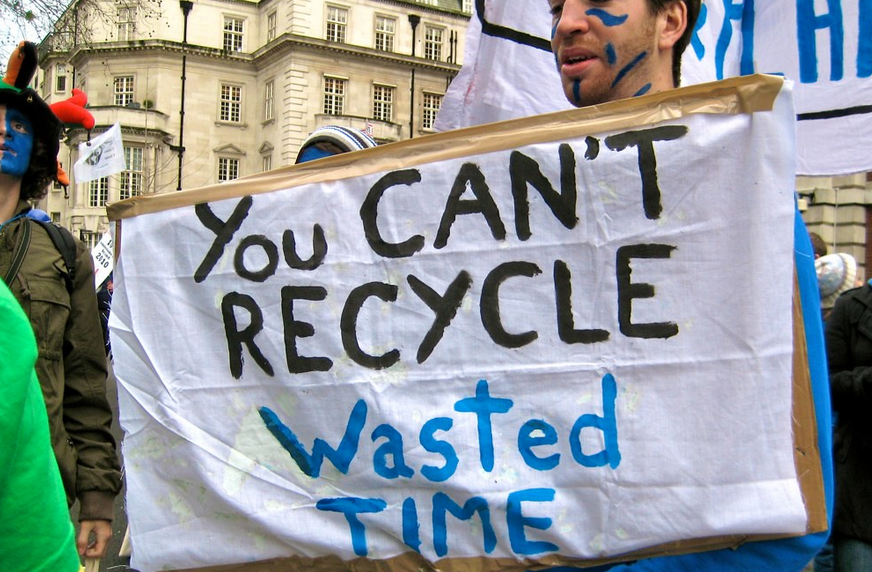 A year ago this week, the Intergovernmental Panel on Climate Change (IPCC) released what it called a landmark report on climate change. Perhaps that could be described as an understatement.

Although the world’s scientists have been increasingly issuing ever more urgent reports outlining the need for climate action, this report went further. It outlined how the world was on course to reach 3 degrees Celsius by 2100, unless urgent action was undertaken. It set out for the first time what was needed to keep global warming to 1.5 degrees warming.  We had to alter course quickly.

The headlines were stark: “We have 12 years to limit climate change catastrophe, warns UN”, reported the Guardian. The Washington Post added: “The world has barely a decade to avoid disaster. We need to combat climate change — now.”

Debra Roberts, a co-chair of the IPCC’s Working group on Impacts, said the report was a “line in the sand and what it says to our species is that this is the moment and we must act now.”

She added that “This is the largest clarion bell from the science community and I hope it mobilises people and dents the mood of complacency.”

There are reasons to be hopeful over the last year: Awareness of climate change has swept the globe, with Greta Thunberg and other young climate activists inspiring millions onto the streets with School Strikes.

As I write, Extinction Rebellion is currently coordinating actions in dozens of cities across the globe with inspiration stories of courage and determined action, drenched in humour and humanity, to highlight our current climate emergency.

Millions of people who have never protested before have become hardened climate activists, alarmed by the science, but their changing world, concerned for their children and grand-children. There have been over one thousand arrests in London, alone.

In many ways, it has been a year like no other. And it could get even better. Tomorrow Greta is a leading nominee for the Nobel Peace Prize. If she receives the award, she will be youngest ever winner.

As the meteorologist and climate reporter Eric Holthous writes in an article today: “Greta has galvanised the world’s attention on the most important problem in human history in a way that no one has ever done before. For this, she has become both a hero and a villain, depending on your willingness to accept the blunt truths she tells.”

He added: “When the climate strike began a year ago, no one, not least Greta and her father, could have predicted where the world would be right now, with climate change activism finally influencing national elections. Of course, it’s still not even close to enough.”

And that is the problem. We have lost another year, without meaningful action. We have had a year of further climate atrocities by the Trump Administration, of climate arson in the Amazon, and of rapid warming across many parts of the world, not least the Arctic.

Despite the protests, it remains business as usual for Big Oil.

This week, the Guardian newspaper has been running a critical series looking at how Big Oil has known for decades that climate change was a problem but has carried on drilling, despite decades of warnings and thousands of peer reviewed articles outlining our growing climate emergency.

The industry is still in denial. As the paper outlines: “The world’s 50 biggest oil companies are poised to flood markets with an additional 7 million barrels per day over the next decade, despite warnings from scientists that this will push global heating towards catastrophic levels.”

Using data from Rystad Energy, the Guardian predicts that Shell and ExxonMobil will be among the worst climate criminals.

My Colleague Lorne Stockman, a senior research analyst at Oil Change International, told the paper: “Rather than planning an orderly decline in production, they are doubling down and acting like there is no climate crisis. This presents us with a simple choice: shut them down or face extreme climate disruption.”

As they drill, they try to tell us that they are green. A joint analysis by the Guardian and InfluenceMap has found that oil companies and their trade groups have spent $17 million directly on political social media advertisements since May 2018 fighting regulations that would help solve our climate crisis. Exxon spent nearly $10 million.

We may all think we are living in a climate emergency, but the industry is still drilling. Lorne is right, we either face extreme climate disruption or we shut the oil industry down.

Because every day the science, evidence and warnings get worse. The IMF recently warned that “the risk of catastrophic and irreversible disaster is rising, implying potentially infinite costs of unmitigated climate change, including, in the extreme, human extinction.”

For years, scientists have been terrified that more warming would release the potent greenhouse gas, methane, trapped frozen in the tundra and Artic. This is turn would drive more warming in a positive feedback loop. This is now happening.

Scientists in Siberia have discovered an area of sea that is “boiling” with methane, with bubbles that can be scooped from the water with buckets. The scientists were led by Igor Semiletov, from Tomsk Polytechnic University in Russia. He told Moscow Times that “This is the most powerful gas fountain I’ve ever seen … No one has ever recorded anything like this before.”

The science is now screaming we are in trouble. Fifty years of deceit and deception and derailing regulations and drilling by the oil industry is enough. We have to fight for our future. Fight for our children. And grandchildren. And that means shutting Big Oil down.