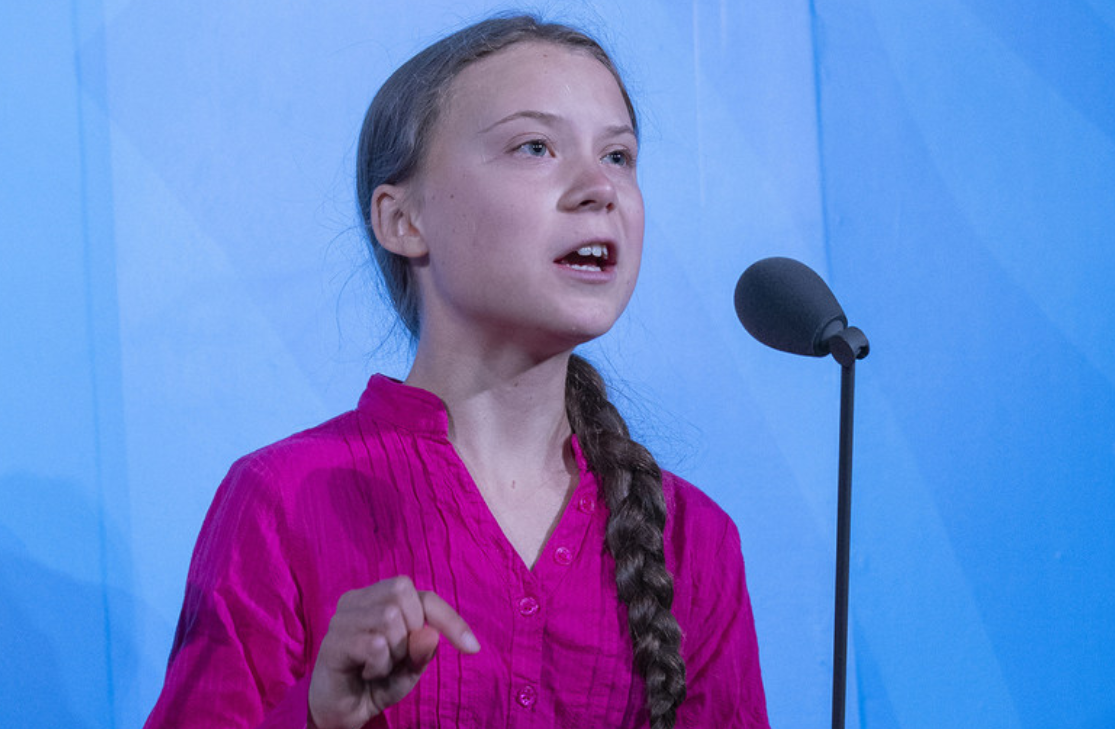 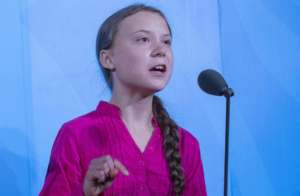 Last week, millions of people marched for radical action on our climate emergency, demanding climate justice. Yesterday, as the UN gathered for a special session on climate, protesters were still out in force in New York and Washington, DC.

Inside the conference, an impassioned and blunt speech by Greta Thunberg urged world leaders to finally understand the urgency of our climate emergency, and act in a way that is commensurate to the problem. “We will not forgive you,” she said if they did not act.

She was not the only one. Other young activists spoke as well. The head of the UN, António Guterres, also implored the delegates to act.

But alas. With a bone-crunching predictability, the conference, despite the hype and billing, did not result in the substantial pledges, promises, or concrete action from the Big Polluters that is urgently needed.

Reporting from the scene, ClimateChangeNews said delegates from the major countries had “stumbled” in trying to come up with new commitments. They “failed to answer” the call from the UN for plans for zero emissions by 2050. InsideClimate News added the major delegates offered only “silence.”

As the New York Times added: “China on Monday made no new promises to take stronger climate action. The United States, having vowed to pull out of the Paris Agreement, the pact among nations to jointly fight climate change, said nothing at all. A host of countries made only incremental promises.“

The U.S. did not even ask for a speaking slot at the conference, reflecting the indifference and disdain perpetuated to the issue by climate denier Donald Trump. And rather than show climate leadership, all Trump could do was take to Twitter to mock Greta Thunberg.

Pause, for a moment. The most powerful man on the planet mocks a 16 year old activist for urging our generation to act on climate. Completely beyond contempt and pathetic.

It is no surprise that experts were highly critical of the summit. Andrew Steer, head of the World Resources Institute and a former World Bank official, said the Big Polluters fell “woefully short” of expectations. “Their lack of ambition stands in sharp contrast with the growing demand for action around the world.”

Alden Meyer, director of strategy and policy at the Union of Concerned Scientists added, “Greta Thunberg laid down a clear line in the sand, separating those countries and leaders who are united behind the science from those who continue to place the profits of fossil fuel polluters above the safety of their citizens.”

He continued: “Sadly, most leaders from the world’s largest emitting countries failed this litmus test, dodging their responsibility to step up action as is essential to address the climate emergency we now face.”

As the Big Polluters failed, some 77 smaller countries, many on the frontline of climate change announced efforts to achieve net-zero emissions by 2050. Despite this positive step, the major emitting nations not only did not come up with concrete pledges for action, but still seem to not understand the scale of the challenge ahead. A challenge we have known about for decades.

The path to net zero emissions “is something we are just discovering,” former French climate ambassador and CEO of the European Climate Foundation Laurence Tubiana told ClimateChangeNews: “I haven’t met any leaders who know… how to get there. Most [countries] haven’t started really seriously” and most leaders “‘don’t have a clue’ how they will meet a 1.5C compatible target.”

Indeed, most leaders still pledge climate action out of one side of their mouth and continue investing in fossil fuels out of the other.

Christiana Figueres, the former Executive Secretary of the United Nations Framework Convention on Climate Change also adds that “The global economy must reach net-zero emissions by 2050 at the latest. This is not a dream or an ideology. It is an imperative. And yet oil and gas companies plan to spend $50 billion to extract new reserves of fossil fuels. That expenditure ignores the inevitable reality of the carbon-constrained future already underway.”

Indeed, just blocks away, at an alternative summit, the Financial Times reported that “A who’s who of the global oil industry sketched out a persistent role for fossil fuels .. blocks away from the UN where 66 nations pledged to reach ‘net zero’ carbon emissions by the year 2050.”

It is as if the oil industry and business still does not get what is needed. Even the Financial Times admitted in an editorial, “Decades have passed since countries first began to acknowledge the need for action … Yet leaders are only beginning to understand the sweeping, economy-wide policies required to meet these bolder goals. They need to grasp the enormity of the climate change challenge — and put it at the centre of all policymaking.”

The paper pointed out the blatant hypocrisy: “Leaders regularly make stirring speeches at climate summits. Then, like those who make new year’s resolutions but do not stick to them for more than a few days, they go back and implement energy, taxation, transport and economic policies that amount to business as usual on emissions.”

This, the paper admits, “must end.” For once, I could not agree more. And I’m sure Greta would too.