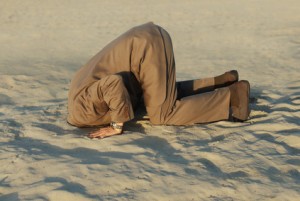 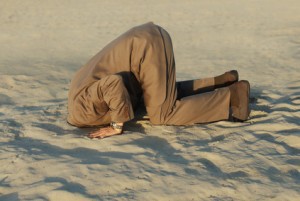 For many of us who have been writing and campaigning on climate change and against the oil industry for years, it is easy to forget what a momentous year it has been for raising awareness about our climate crisis.

The impact of Greta Thunberg, the global school strike movement, the Sunrise Movement, and protests by Extinction Rebellion have all helped elevate climate change up the news agenda.

The bad news, though, is the political response remains positively inept, with a climate denier in the White House, an Amazon-destroyer in Brazil, and an EU besotted by the Brexit shambles.

Even when countries promise action, nothing ever happens. A new analysis by the Overseas Development Institute (ODI), Friends of the Earth Netherlands, and Climate Action Network (CAN) Europe, shows that not a single EU member state has so far spelled out a comprehensive plan to phase out fossil fuel subsidies, despite a commitment taken at the G20 ten years ago to eliminate them. This is according to a fresh analysis of the bloc’s 28 National Energy and Climate Plans.

Meanwhile the daily evidence that our climate is spiralling out of control, with unprecedented wildfires in the Arctic, the Amazon, and Africa. Arctic glaciers are now melting at un unprecedented rate, with the BBC recently reporting that Greenland’s ice faces a melting “death sentence.”

Our warming world has daily consequences: The Bahamas are still reeling from Hurricane Dorian, made much more destructive by our hotter oceans. The devastation is heart-breaking. As CNN reported from one island: “There is nothing left.”

In Australia, firefighters battled over 100 bushfires across two eastern states yesterday. “We’ve never seen this before in recorded history, fire weather has never been as severe this early in spring,” said Andrew Sturgess, an inspector with the Queensland Fire and Emergency Services.

In the country, faced with a looming severe drought, scientists are warning about a potential “ecological collapse.”  As a precaution, the New South Wales government has started moving native fish from the Lower Darling, which is part of Australia’s most significant river system, in case the stressed river basin dries up or water temperatures get too high in the next few months.

But no matter the evidence, the climate deniers are planning for one last stand. According to Desmog, a coalition of some 400 denial groups and individuals is gearing up for a European media blitz later this month, in an apparent bid to derail efforts to set targets by the EU for “net zero” emissions.

The deniers plan a self-styled “European Declaration” with press conferences in Brussels, Rome, and Oslo. They intend to send a letter to EU leaders and the UN, which is entitled “There is no climate emergency.”

Many of these groups are the usual suspects who have denied climate science for decades, names such as the Cato Institute’s Richard Lindzen, Patrick Michaels of the Competitive Enterprise Institute, and Charles Battig and Willie Soon from the Heartland Institute. “All three organisations are members of the Atlas Network, a Koch-funded international umbrella body of free-market groups,” notes Desmog.

The group also has links into Boris Johnson’s cabinet, via groups such as the Institute of Economic Affairs, the Adam Smith Institute, and Taxpayers’ Alliance.

One of the world’s leading experts on climate denial, Robert Brulle, Professor of Sociology at Drexel University, told DeSmog: “The rise of the Extinction Rebellion movement, and the immense popularity and influence of Greta Thunberg, are having a significant impact on media coverage of climate change and concern about this issue. I would suspect that the aim of the campaign is to blunt the impact of these climate advocacy efforts.”

He added “The talking points are stale and patently scientific nonsense. That isn’t critical. The point would be to keep the ‘contested’ nature of climate change alive.”

And that is exactly what the oil industry and its proxies have been doing for decades: In the late nineties, Exxon helped create a small task-force working for the American Petroleum Institute. A memo written by the group said: “Victory will be achieved when average citizens understand (recognise) uncertainties in climate science” and when public “recognition of uncertainty becomes part of “’conventional wisdom.’”

Twenty years later, the deniers are still trying to sow confusion. With their heads buried firmly in the sand, they deny thousands upon thousands of peer reviewed science articles and journals and our climate reality, which everyday brings a new crisis.