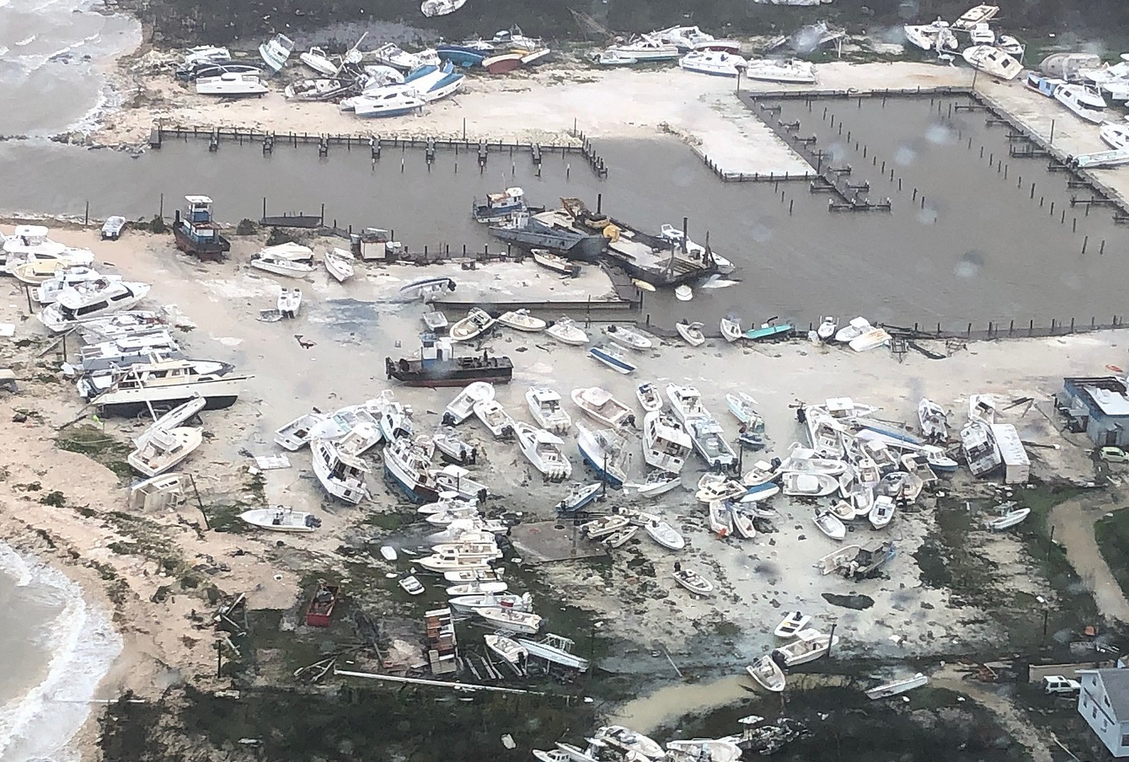 On Wednesday, the Prime Minister of the Bahamas warned residents they faced “generational devastation” after deeply destructive Hurricane Dorian flattened and flooded vast swaths of the islands.

At least 30 people have been killed, but the death toll of the disaster is expected to rise significantly higher. David Rodriguez, the program manager for the NGO Direct Relief, told the Guardian: “Everything is destroyed.”

Dorian is a lesson for all of us, because it was much worse due to climate change. As Michael Mann, Professor of Atmospheric Science at Pennsylvania State University, and Andrew Dessler, Professor of Atmospheric Science at Texas A&M University, note: “on a basic physics level, we know that warm waters fuel hurricanes, and Dorian was strengthened by waters well above average temperatures. The fact that climate change has heated up our oceans means Dorian was stronger than it would have been had we not spent the past 150 years dumping carbon pollution into the atmosphere.”

We know that we have to stop dumping carbon into the atmosphere. We have known that for decades if we want a livable future. Big Oil has known that for decades. #Exxonknew. #Shellknew. #BPknew. We know that to have any chance of that livable future, scientists say we need to keep warming to no more than 1.5 degrees Celsius, as agreed at the UN climate conference in Paris in 2015.

Any rational, reasonable response to the climate crisis would have seen a herculean effort to transition to clean technology decades ago as the science became clear. But this did not happen.

Despite our climate crisis, Big Oil keeps on drilling and investing in oil and gas. And every well drilled or pipeline laid is incompatible with the UN 1.5°C climate goals. Oil Change International analysis has shown that, if you add up the reserves of oil, gas, and coal in existing fields and mines globally, there is already enough fossil fuel in development to push us beyond the Paris Agreement goals.

A new report from colleagues at Carbon Tracker warns investors about how much Big Oil continues to spend to undermine our future. The analysis identifies $50 billion worth of fossil fuel projects that fail to align with the Paris Agreement on cost grounds alone, including carbon-intensive tar sands mines as well as frontier extraction projects with huge ecological costs, such as deepwater fields and the Arctic.

Carbon Tracker found that every single oil major continues to sanction projects that are out of line with the Paris goals, including companies like BP and Shell that like to portray themselves to investors as “responsive to climate concerns.”

It’s worth noting that Carbon Tracker’s analysis is based solely on the economics of potential projects, i.e., what could be profitable at a given price point given an economically optimal path to Paris compliance. The analysis does not take into account the carbon lock-in factors of new oil and gas investment, which is a key part of OCI’s approach.

But even based on economics alone, Carbon Tracker concludes that: “The oil and gas in projects that have already been sanctioned will take the world past 1.5ºC, assuming carbon capture and storage remains sub-scale.”

Andrew Grant, the author of the report and former resource manager at Barclays, said: “Every oil major is betting heavily against a 1.5°C world and investing in projects that are contrary to the Paris goals.”

So Big Oil knows it is gambling with our future. It is deliberately doing so. Because of its actions, it is not just the people of the Bahamas that will face the consequences of our warming world. We all will.