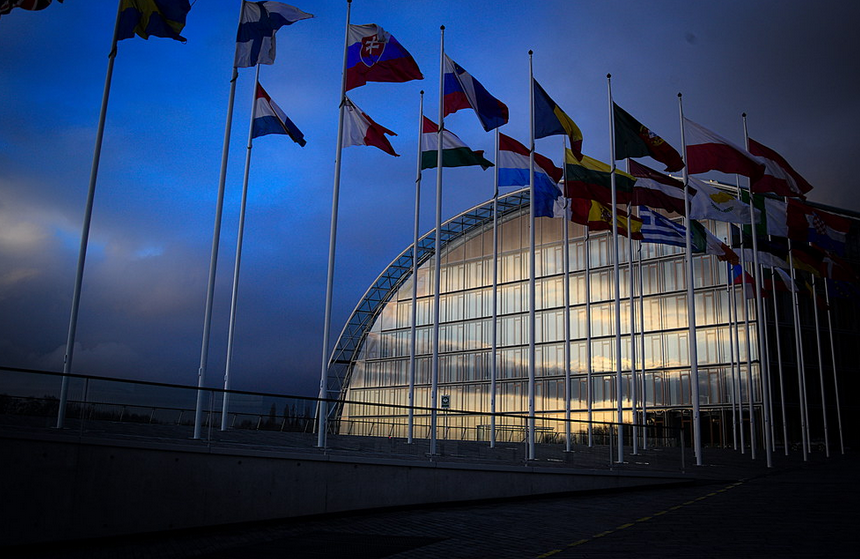 In these dark times, with daily doses of bad news of our growing climate emergency, we have to celebrate every climate victory we get. And last Friday there was one such victory.

And it was a big one.

For years, Oil Change International, along with dozens of other groups, has been campaigning to get the influential European Investment Bank (EIB) to stop funding fossil fuels.

The campaign has been backed by tens of thousands of people who have signed letters and petitions urging the bank to respond to our growing climate crisis.

The reason the EIB has been the centre of so much attention is that it is the world’s largest multilateral lender, bigger even than the World Bank. Earlier this year, an analysis by OCI revealed that the EIB’s direct fossil finance averaged nearly €2.4 billion annually.

As our climate crisis has deepened, so pressure on the EIB to act has grown. Over the last year the EIB has repeatedly unequivocally committed to aligning its finance with the Paris Agreement.

However, it was still trying to argue it could fund fossil fuel infrastructure, such as gas projects, which it tried to argue was necessary as a so called “bridge fuel.”

Back in June this year, for example, OCI published a report highlighting how the EIB financing of fossil fuel projects — in particular gas pipelines and LNG terminals — was not compatible with EU climate commitments or the aims of the Paris Agreement at all.

The report was released with an open letter calling for the EIB to go completely fossil free. The letter was signed by more than 70 civil society organizations and academics.

And on Friday, the EIB finally acted. It released a draft policy which – if adopted – would commit the bank to phase out all fossil fuel finance by the end of 2020.

The draft policy outlined that projects that are “reliant on fossil fuels: oil and gas production, infrastructure primarily dedicated to natural gas, power generation or heat-based on fossil fuels … will not be presented for approval to the EIB Board beyond the end of 2020.”

“This transition will be profound. Solidarity is required to ensure that potentially vulnerable groups or regions are supported,” said the EIB report.

In response to the draft policy, Alex Doukas, Lead Analyst with OCI, who has campaigned for years on this, said: “The European Investment Bank’s proposal to end financing for fossil fuels by the end of 2020 is a massive step forward on climate leadership. With this move, the world’s largest multilateral lender is now poised to leave oil, gas, and coal in the past.”

He added: “This strong draft from the EIB is a reflection of that people power and shows that our institutions can respond to the climate challenge when we bring our collective power to bear.”

The draft policy is due to be presented for discussion at September’s EIB Board Meeting.

So now the pressure is on the EU member states to approve the draft policy, as Doukas outlines: “The European Union member states who control the bank must now stand behind the EIB’s game-changing climate leadership by swiftly approving this new policy, and other financial institutions should quickly follow suit and stop funding fossils.”

The EIB’s announcement came in the same week as Europe sweltered under a record-breaking heatwave. As temperatures rise, pressure must now be brought to bear on EU member states to act.

To this end, OCI is urging people to sign a letter that will be delivered to the EIB’s Board of Directors, Governors, and Management Committee, which still needs to pass the ambitious draft policy. The message is simple: Tell the EIB’s shareholders it’s time to #StopFundingFossils.