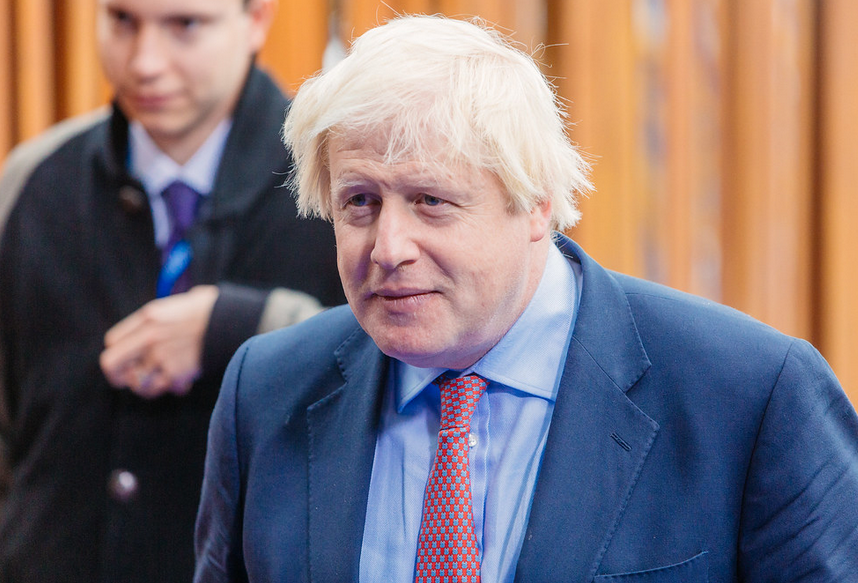 As I write, Boris Johnson has just been confirmed as Britain’s new Prime Minister. A highly controversial and devisive figure, there are millions who are shocked at his offensive sexist, racist, Islamophobic, and homophobic views, amongst others.

It is hardly surprising that Donald Trump is an ardent fan.

Congratulations to Boris Johnson on becoming the new Prime Minister of the United Kingdom. He will be great!

Newt Gingrich even calls Boris the “Donald Trump of Britain”:

Boris Johnson is the Donald Trump of Britain.Put on your seat belt and prepare for a wild ride.He will cut through a lot of the conventional wisdom and the European bureaucrats will find he is much smarter and tougher than his predecessor.Think Margaret Thatcher with wild hair.

No wonder the Republicans are excited, as Boris Johnson is one of their own. He is cut from the same cloth.

These records may be broken again tomorrow pic.twitter.com/AauHQTMcDF

On his way to Buckingham Palace, Johnson’s motorcade was blocked by climate protesters from Greenpeace.

One of those who attempted to give Johnson a 134-point “climate emergency” manifesto was John Sauven, the head of Greenpeace UK. Sauven said, “Boris Johnson must get to grips with the climate emergency or be remembered as the prime minister who jeopardised our children’s future.”

But Johnson will jeopardize our children’s future, because he is a climate denier.

DeSmog points out that the UK’s new Prime Minister has “rejected climate science a number of times over the years,” including in December 2015,  praising the work of notorious climate science denier Piers Corbyn, who he called a “great physicist and meteorologist.”

During the Conservative leadership campaign, he received a £25,000 donation from Terence Mordaunt, who is a director of the leading climate denier organization in the UK, the Global Warming Policy Forum. Last year, Johnson went on an all-expenses-paid trip to a dinner at the Koch-funded think tank the American Enterprise Institute.

Next year, the UK will host the most important climate talks since Paris and at the moment, Johnson looks set to be at the political helm. It is a disaster for the climate, as Johnson will do nothing.

In contrast, as the Overseas Development Insitute points out, there are really simple things Johnson could do tomorrow.

In a letter to Johnson, the ODI states: “First, the UK must end tax breaks and fiscal concessions for oil and gas production, including in the North Sea.” It must also stop subsidizing fossil fuels abroad too.

Indeed, new research published by the ODI yesterday revlealed that the UK government provided support for energy in developing countries with a total value of £7.8 bn from 2010 to 2017. Of that a whopping 60 percent still went to fossil fuels.

Dr Sarah Wykes, the Catholic Agency For Overseas Development (CAFOD) Lead Climate Analyst, said: “The UK wants to be a leader on climate change, so it’s shocking that UK aid money is still being spent on fossil fuels overseas.”

She continued: “At a time when we are reducing the UK’s own reliance on fossil fuels, why are we spending billions of pounds saddling poorer nations with outdated technologies that will cause more climate damage?”