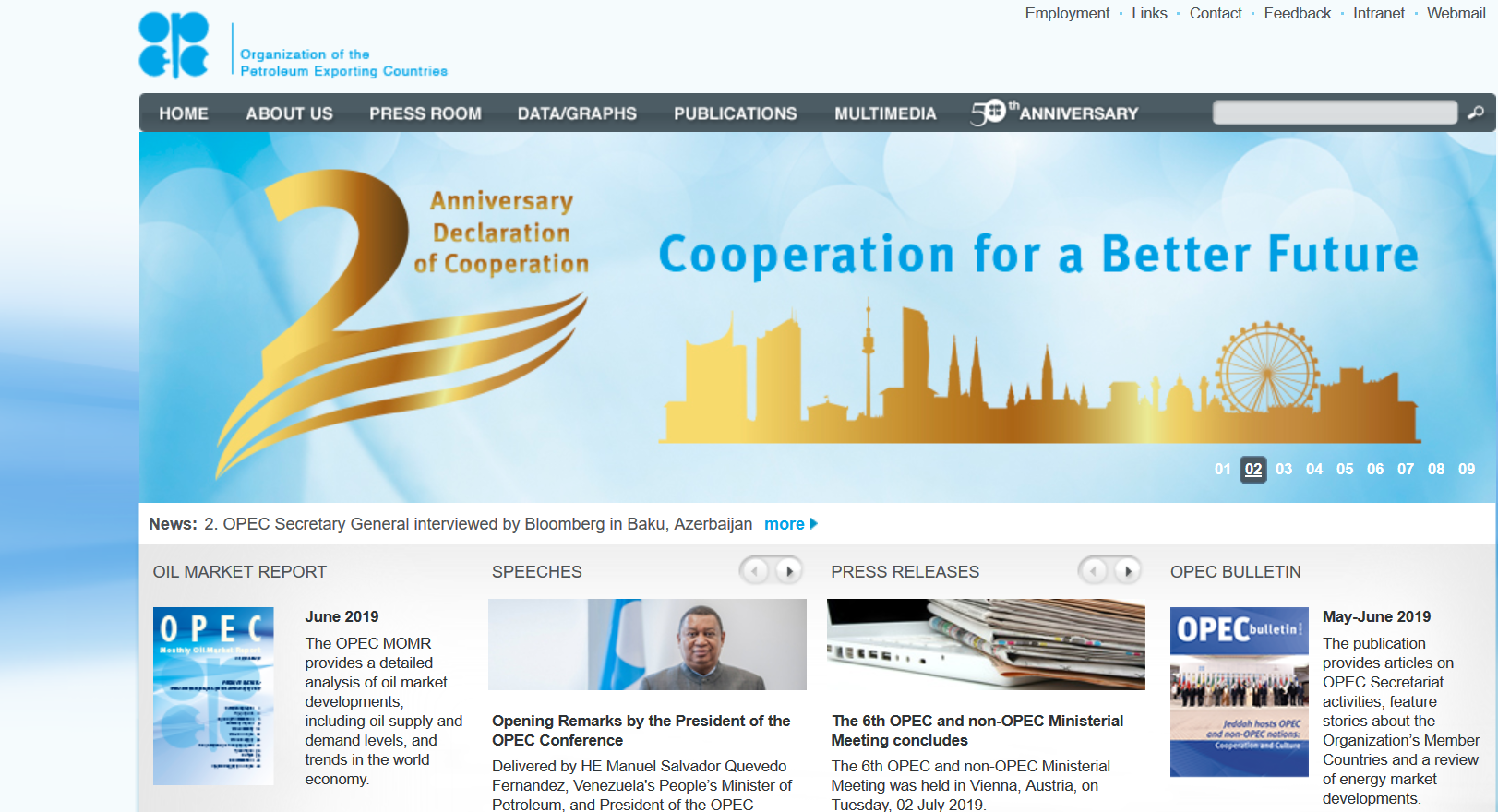 OPEC – which remains the largest oil cartel in the world – has a problem. It is sitting on vast reserves of oil, which are currently worth trillions and trillions of dollars.

But every day the more people that join the fight against the industry, forcing the UN, national and state governments, regulators, and increasingly the courts to act, the more that value goes down.

Eventually, OPEC will be sitting on a worthless pile of oil. When and if that happens, no one knows. By then OPEC will be no more: what is the point of a cartel for a commodity that no one really uses anymore? OPEC will be made redundant by the coming renewable revolution and by our climate emergency.

OPEC has been a target of activists for years. I remember when Greenpeace targeted the organization’s flagship meeting in Vienna in the early nineties.

But just as BP has finally conceded that it might not be able to burn all its oil, OPEC has now conceded that climate campaigners are “perhaps the greatest threat to our industry going forward”.

Speaking in Vienna, Mohammed Barkindo, who has just been re-appointed as Secretary General of OPEC, said due to our climate crisis “there is a growing mass mobilisation of world opinion… against oil”.

Barkindo added that the “mobilisation” against oil was “beginning to… dictate policies and corporate decisions, including investment in the industry”, according to the AFP newswire.

Why this should be a sudden revelation could be deemed slightly worrying to anyone not living in an oil-industry soaked bubble.

Indeed, just this week a new report outlined how there were climate change related lawsuits in at least 28 countries, and the UK National Trust announced it was disinvesting its one billion pound portfolio from fossil fuels.

The writing has been on the wall for years, if not decades, and in many ways Barkindo is stating the obvious about what is happening. But his admission is a cause for celebration for those fighting the oil industry.

Wow! Wow! Wow! OPEC Secretary General says climate campaigners are "the greatest threat to our industry…There is a growing mass mobilization of world opinion against oil." Thanks everyone for your good work!https://t.co/qMWCbTXgY6

We are not winning, yet, but they realize that in fact we could. This is a dangerous moment. This industry and those that defend and serve it are dangerous. They kill. They murder. Wars for oil happen far too often (never and none would be good). They’re already trying to criminalize protest against them in the US – the world’s largest producer of oil and gas.

He added: People will continue to protest, because people who see the role of this industry in driving, and continuing to profit from, the climate crisis feel they have to.  Will industry escalate to violence in response to protest? In many places around the world, they already have, in some cases decades ago. We remember, and we’re watching.

It is easy to see why Kretzmann urges caution in the scale of the task ahead. Twenty five years after I attended an OPEC conference to listen to climate deniers speak to the oil barons, the denial from OPEC continues. It is as if the science and evidence of the last twenty five years counts for nothing. Their ears and eyes are closed.

Barkindo went on to add that “Civil society is being misled to believe oil is the cause of climate change”.

And in words reminiscent of BP when it went “Beyond Petroleum” twenty years ago and then invested a tiny amount in renewables, Barkindo added that “We believe this industry is part of the solution to the scourge of climate change.”

OPEC could be part of the solution. It could stop producing oil tomorrow and start pouring the billions of dollars secretly squirrelled away in offshore bank accounts to fund the renewable revolution. But that won’t happen.