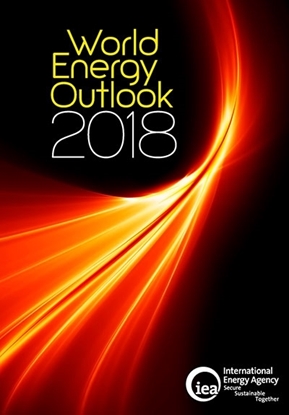 In this post, I want to unpack why this development is potentially significant and why this means we will redouble our efforts to press the IEA for meaningful energy scenario reform.

This major development was a clear response to the growing pressure from investors, governments, and civil society organizations to create a more ambitious energy scenario. By developing a 1.5°C scenario, the IEA is implicitly accepting that their current scenarios are an insufficient guide for a decarbonizing world. The IEA’s scenarios, published in its authoritative World Energy Outlook (WEO), are widely used and highly influential in guiding future decisions around energy infrastructure. WEO users have called on the IEA to develop a 1.5°C scenario and this is the first sign that the IEA is willing to entertain this idea.

Indeed, last week’s news runs counter to the dismissive response two months ago by Fatih Birol, the head of the IEA, to a letter from a group of over 60 prominent investors, business leaders, and climate modellers who called for the IEA to produce a 1.5°C scenario.

We are heartened that the IEA is starting to take some initial steps in the right direction. We aren’t the only ones. Christiana Figueres, the former Executive Secretary of the UNFCCC, tweeted “kudos” to Fatih Birol and stressed how important this could be for guiding investment and policy decisions. Rachel Kyte, CEO of Sustainable Energy for All, called this development “welcome news” in a tweet and stressed the need for transparency around modelling assumptions.

However, now is the hard part. For IEA scenario reform, the devil is in the details. The IEA must develop a 1.5°C scenario that is aligned with the goals of the Paris climate agreement and address the concerns of key WEO users. Anything less would be easy to discount as greenwashing or another example of the pro-fossil fuel bias at the IEA. In short, here’s what we are looking for in a new 1.5°C scenario:

If these things are not built into a new 1.5°C scenario, then we will increase our efforts to realise these reforms.

The IEA and it’s World Energy Outlook have long served as a lighthouse guiding global energy decisions. However, the IEA and the WEO have failed to keep pace with climate science or the needs of WEO users. By creating a new, more ambitious, scenario, the IEA has the opportunity to fully align with the Paris Agreement and make its analysis more relevant in a rapidly changing world. We look forward to seeing this new and improved scenario in WEO 2019 this November.