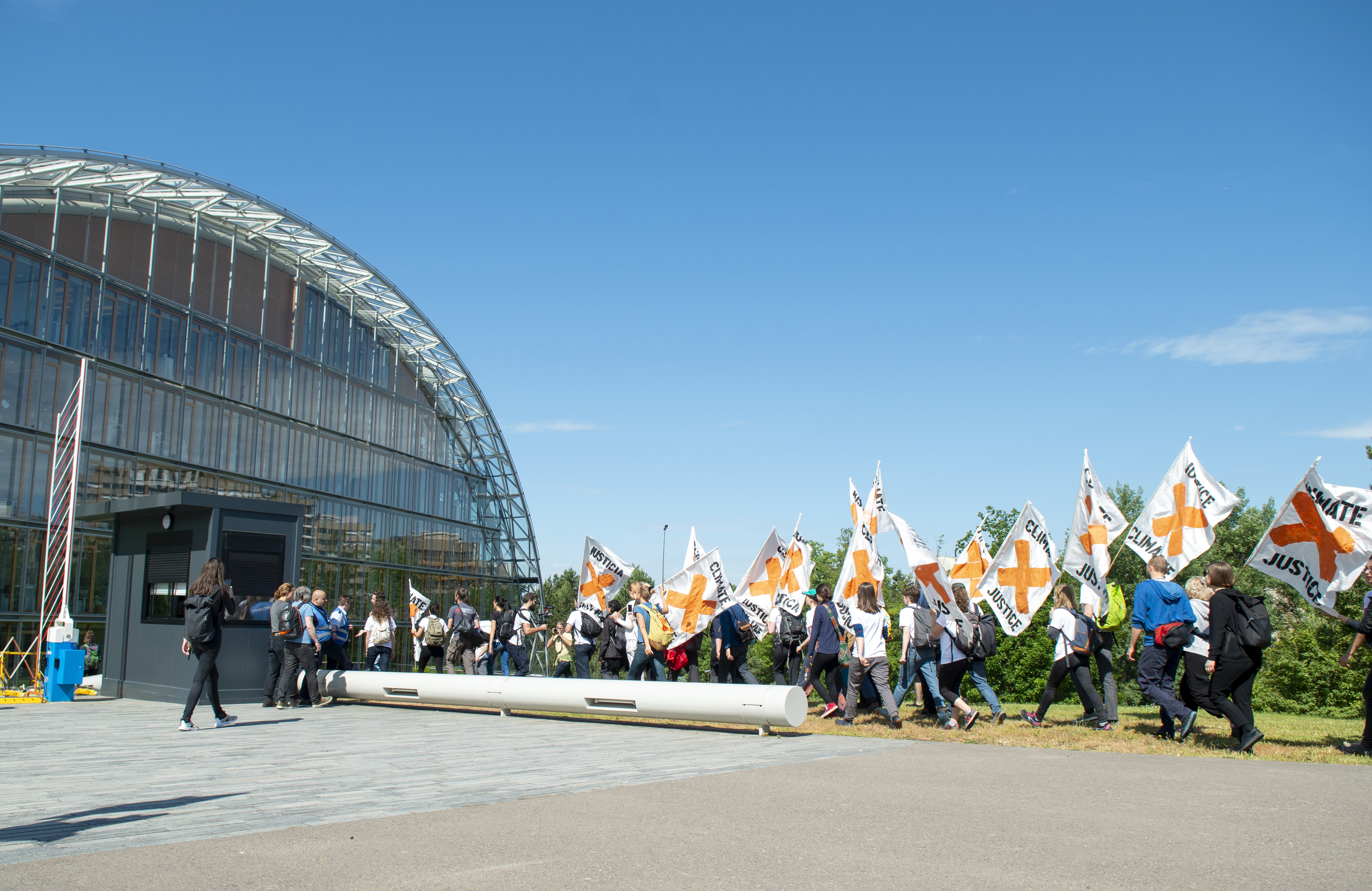 Over the last year the EIB has repeatedly unequivocally committed to aligning its finance with the Paris Agreement. This is especially well-timed news because the Bank is currently undergoing its once-every-five years Energy Lending Policy review process. But alongside these signals that the Bank wants to take the climate emergency seriously, they have also said at times — like in this recent public consultation document — that they see a continued and “critical” role for gas projects all along the supply chain.

Can the EIB actually do both? The short answer is no – we know that building new, long-lived fossil gas infrastructure that will expand extraction is inconsistent with the climate goals in the Paris Agreement because the oil, gas, and coal reserves in operating fields and mines already exceed our collective carbon budget. And as our updated report on why gas is not a ‘bridge fuel’ covers, more effective and affordable renewable alternatives already exist. In a time of climate emergency, this should be enough.

But because the European gas industry and some at the EIB are using creative excuses to justify more finance for new gas projects, we thought a more detailed answer might help inform the conversation. Our recent briefing, Gas and the European Investment Bank, takes on two of these big misconceptions. Here’s the upshot of what we found:

In their consultation documents around their Energy Lending Policy review, some EIB stakeholders have suggested that building more midstream gas projects – think pipelines and LNG terminals – can be in line with climate goals if we assume these projects can just be used to distribute so-called renewable or non-fossil gas down the road. This is a useful premise for the Bank because of the €14.23 billion they have financed for fossil gas projects since 2013, €10.23 billion has been for pipelines and other midstream distribution projects.

But unfortunately, renewable gas isn’t what it says on the tin. Across the different fledgling technologies being floated there are significant limitations to feasibility and ability to be fully decarbonized, and some require dramatically different infrastructure from fossil gas to be safely transported. And as our EIB briefing found, even scenarios from the European Commission that are optimistic about renewable gas anticipate we’ll need much less, not more overall gas carrying capacity in the EU energy system by 2050. 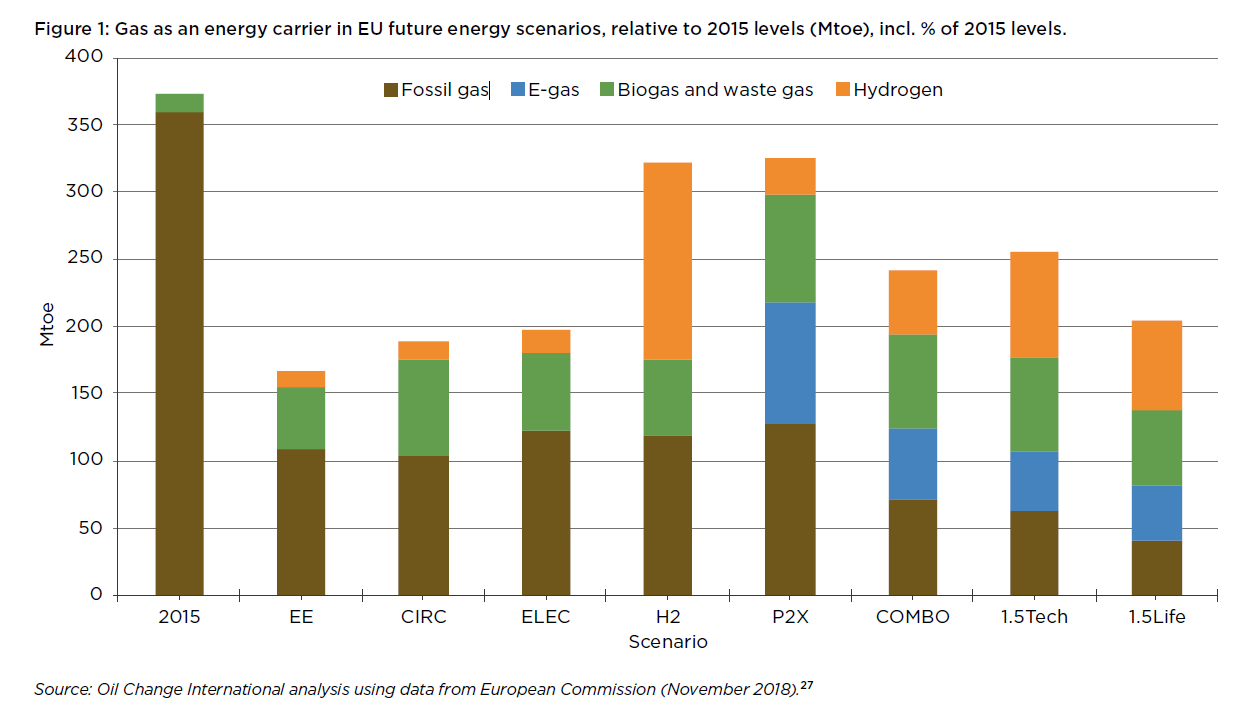 New gas infrastructure is not in the ‘Common Interest’

Some EIB stakeholders have suggested the gas projects that will be the hardest for EIB to reject going forward are those on the “Projects of Common Interest” (PCI) list that the European Commission maintains. A new list will be finalized in Fall of 2019, but because many of the candidates for that list will be carried over from the 2017 list, we looked at the existing list to assess what portion of the projects could likely become useful candidates for renewable gas distribution. We assessed this by overall project cost rather than by number of projects, because civil society observers have noted in the past that many projects are bundles of multiple projects to give the illusion there are fewer gas projects being given PCI status. 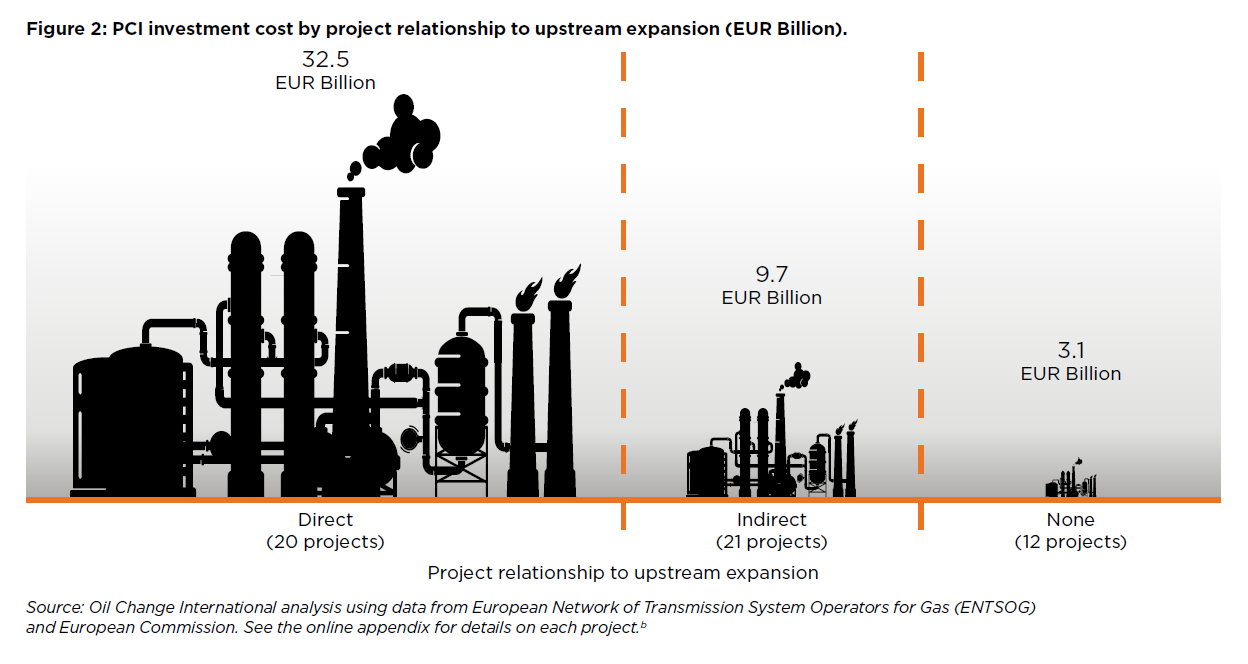 Overall, this cautious approach to assessing these projects determined that a stunning 72% of gas PCI investment costs were for projects at the edges of the EU network that are directly connected to upstream fossil gas sources, aimed at bringing more fossil gas on the grid. This means it would be exceedingly unlikely for renewable gas sources to make use of some of these infrastructure projects in the future. It would only be the case by unlikely coincidence, and not by design.

The PCI gas list is dominated by projects particularly unlikely to be useable for renewable gas distribution, but that’s not the only thing that makes them poor candidates for public finance: one of the other reasons certain EIB stakeholders have used to say they should continue to prioritize PCI projects is that they will enhance EU energy security. To that we would note the evidence is clear that the best energy security plan is a strong climate plan, and that the EIB itself has noted the security of gas supply is a significantly diminished concern since 2013 and multiple sources of supply are already available for nearly all Member States.

The public wants their public bank to #StopFundingFossils

Unlike many policy review processes, the revision of the EIB’s Energy Lending Policy is not exactly flying under the radar. 350 Europe coordinated a series of protests over the EIB’s gas finance on their doorstep in Luxembourg ahead of the Bank’s June 14th AGM. Over seventy civil society organizations and academics, including OCI, sent an open letter to the same effect. And earlier this year, leaders of the youth climate strikes and tens of thousands of concerned citizens called on the Bank to end its continued finance for oil, gas, and coal.

To convince the EIB they can’t have more pipelines and Paris too, we need to win over not just the bank’s management, but the Board of Directors comprised of EU Member State representatives, and the bank’s Governors, the EU Member State Finance Ministers, as well. That means even more momentum is still needed. Sign on to tell the EIB they must #StopFundingFossils today.