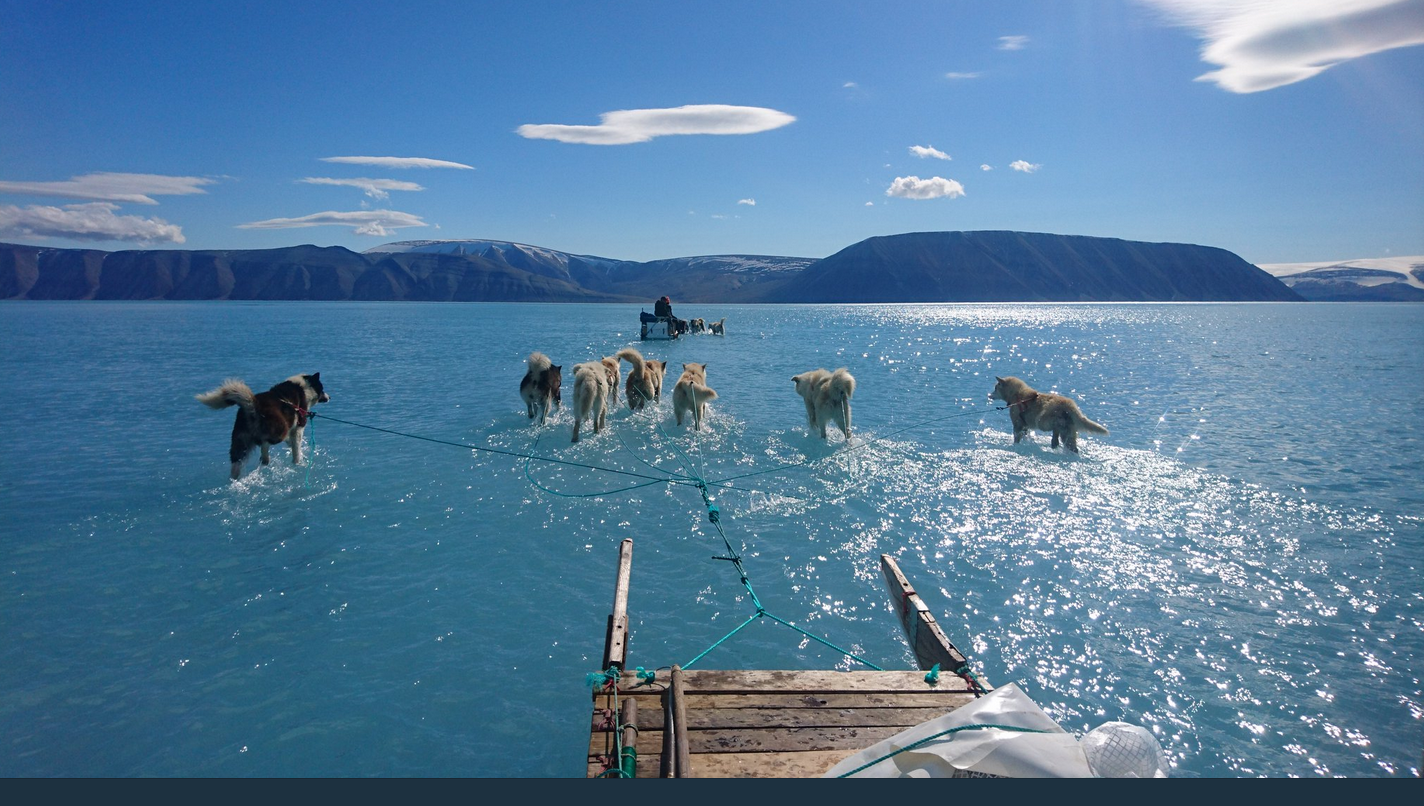 The news coming out of the Arctic over the last few days is further evidence of our rapidly evolving climate emergency, which has ramifications for all of us.

Arctic scientists are speaking out with increasing alarm at what they are seeing, and as they keep repeating “what happens in the Arctic doesn’t stay in the Arctic.”

Indeed, what happens in the Arctic will affect you and I. And what is happening in the Arctic is not good. And its getting worse. By the day.

As I write, there is a “record challenging” melt occurring in Greenland, where soaring temperatures were recorded last week which were 40 degrees above normal. The result is that the extent of sea ice is at its lowest ever level recorded for mid-June.

Jason Box, an ice climatologist at the Geological Survey of Denmark and Greenland told the Washington Post last week that “the melting is big and early” this year.

The Post reports Data from the National Snow and Ice Data Center show that “the Greenland ice sheet appears to have witnessed its biggest melt event so early in the season on record this week,” although they point out that “a few other years showed similar mid-June melting.”

They say that pictures say a thousand words, but this one of husky dogs re-tweeted by Steffen Olsen, an Arctic scientist, is even more impactful. The picture (see below) showed the dogs wading through melt water rather than running on hard Greenland ice.

@SteffenMalskaer got the difficult task of retrieving our oceanographic moorings and weather station on sea ice in North West Greenland this year. Rapid melt and sea ice with low permeability and few cracks leaves the melt water on top. pic.twitter.com/ytlBDTrVeD

Greenland is not alone. According to Rick Thoman, a climatologist based at the University of Fairbanks in Alaska, the sea ice loss over the Chukchi and Beaufort seas along Alaska’s northern coast has been “unprecedented.”

Elsewhere, in the Canadian and American Arctic, the permafrost is melting decades before scientists had predicted.

According to a recent study, published in the Geophysical Research Letters, permafrost thawing levels in the Canadian Arctic were 240 percent higher than historic levels and the ground sank 90cm over the course of the study which ran for over 12 years.

No wonder scientists are worried.  “I’m losing the ability to communicate the magnitude [of change],” Jeremy Mathis, a longtime Arctic researcher and a current board director at the National Academies of Sciences told the website Mashable. “I’m running out of adjectives to describe the scope of change we’re seeing.”

Meanwhile, in Western Alaska, melting permafrost and erosion mean that residents of the small city of Akiak may soon be living on an island. David Gilila, Akiak’s city administrator has said that the city may soon be surrounded by water. “We’ll still be here, but we’ll probably become an island,” he told the Guardian.

In time the residents of Akiak may become climate refugees. Susan Natali, a scientist and Arctic expert at the Woods Hole Research Center in Massachusetts, says: “The numbers needing relocation will grow, the costs are going up and people’s lives and cultural practices will be impacted.”

Natali added: “Every year there’s a new temperature record, it’s getting worse and worse and you feel like a broken record saying it. This should be the number one urgent conversation happening right now because it’s not just going to be Alaska, it’s going to be other communities all over the US.”

And what happens in the Arctic is now affecting us all. As the Washington Post noted last week: “the abnormal warmth and melting of ice in the Arctic may be messing with our weather.”

Jennifer Francis, an Arctic specialist from the Woods Hole Research Center, told the Post that “conditions in the Arctic may have played a role in the extreme jet stream pattern that spurred the tornado swarm and record flooding in the central U.S. during the last two weeks of May.”

“We can’t say that the rapid Arctic warming is causing this particularly pattern, but it certainly is consistent with that,” added Francis.