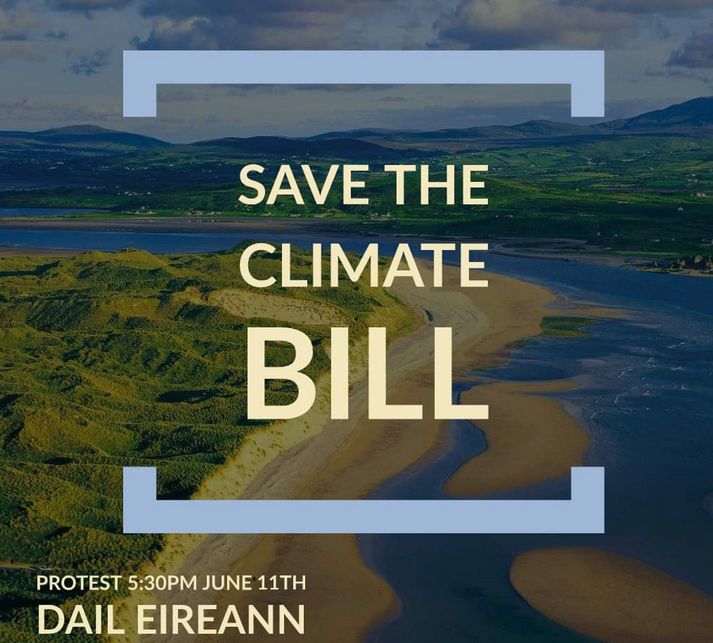 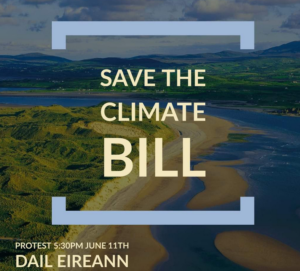 The Irish Government has been accused of trying to “sabotage” a landmark Climate Emergency Measures Bill, just weeks after its Parliament declared a climate emergency.

Last month, Irish Parliamentarians were applauded by the likes of Greta Thunberg for becoming the second country after the UK to issue such an emergency. But the government appears not to want to translate these words into actions.

Greg told the parliamentarians in Dublin that this Bill is necessary to achieve the UN Paris climate goals. He said that the Bill is “correctly targeted at oil and gas production. The corresponding energy transformation is achievable. And the Bill will help Ireland both achieve its climate commitments at home and influence others to do so on the global stage.”

However, even though the Bill will help Ireland achieve its climate goals, the ruling Fine Gael government now stands accused of attempting to prevent it from becoming law.

A spokesperson for opposition party People Before Profit (PBP), and one of the co-sponsors of the Bill, Richard Boyd Barrett, said Irish Prime Minister, Leo Varadkar “was talking about the government taking climate action seriously, that he was going to accelerate government policy on this. Then, two days later, he tries to sabotage a Bill that is attempting to process a major demand of the global climate movement.”

The Irish Post reports that Boyd Barrett has also accused Varadkar’s party of using “procedural trickery” to stop the Bill.

The little-known procedural issue in question is something called a “money message.” Fine Gael is now arguing that this is required before the Bill can pass. According to the Irish Examiner, if the Department of Natural Resources and Climate Action does not issue the “money message,” the Bill cannot proceed.

As Greennews reports: “A ‘money message’ is essentially a State recommendation signed by the Taoiseach approving of legislation that will cost the State money … The Article states no law that requires the spending of public money shall be passed without Government approval first. Unless approval is received, a Bill cannot progress to Committee Stage.”

Deputy Bríd Smith, another PBP parliamentarian, who is also a co-sponsor of the Bill, said: “The government has shown itself to be merely concerned with climate PR and greenwashing rather than taking radical and affirmative action on the ever more urgent climate crisis and the desperate need for CO2 reduction.”

Green party leader, Eamon Ryan, said that the government had been trying “every trick in the book” to delay the Bill. Last year the government blocked the Bill’s progress for several months on another procedural issue. That issue was ultimately overcome in March by a vote of the full parliament.

The Bill is due to go to committee stage next Tuesday, 11 June. The PBP is holding a #SavetheClimateBill protest outside the Parliament on the same day.