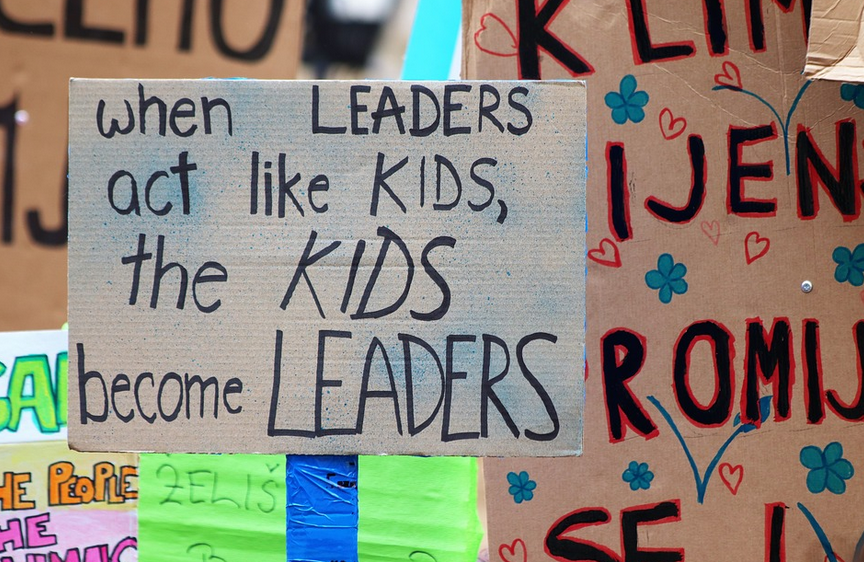 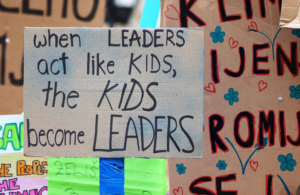 Yesterday, President Trump signed two executive orders in his latest brazen attempt to appease the fossil fuel industry, just as further research was published revealing the drastic need to scale back carbon emissions, if young people are going to have a liveable future.

As many politicians struggle with curtailing fossil fuels in line with the increasingly worrying climate science, the language from the Trump Administration is reminiscent of some kind of 1950’s Big Oil advertising blitz, talking about being “blessed” with bountiful oil and gas reserves.

This economic potential will only be realised, though, argue that Trump Administration if there is “infrastructure capable of safely and efficiently transporting these plentiful resources to end users.”

So the order was a brazen attempt to try and make it easier for oil and gas companies to build pipelines and to try and prevent states from blocking their construction.

Just before he signed the order, Trump told an audience at the International Union of Operating Engineers in Crosby, Texas, near Houston that: “Too often, badly needed energy infrastructure is being held back by special-interest groups, entrenched bureaucracies and radical activists.”

He added: “The two executive orders that I’ll be signing in just a moment will fix this, dramatically accelerating energy infrastructure approvals.”

Today, President Trump has taken a jackhammer to two of our bedrock environmental laws, the Clean Water Act and the National Environmental Policy Act, all in service to the oil and gas industry. In trampling on these foundational policies, Trump is doubling down on climate disaster, seeking to ram through new fossil fuel infrastructure that our society simply can’t afford.

The Natural Resources Defense Council added: “This is a disastrous idea, one that exposes the hypocrisy of the Trump administration and threatens to undercut the ability of state leaders to determine how best to protect their rivers, lakes, streams and wetlands.”

Indeed, it looks like the as so often with Trump, the order will be challenged by the courts. The Washington Governor, Jay Inslee, (D) said his state would challenge the Administration’s “dangerous attack” on the environment.

“Washington will not allow this or any presidential administration to block us from discharging that authority lawfully and effectively,” said Inslee.

As Trump signed the orders intended to facilitate fossil fuel production, the UK-based NGO Carbon Brief, issued a new report arguing that because we have emitted so much carbon dioxide into the atmosphere already, children born today will have to have drastically smaller carbon footprints, if climate change is to be controlled.

According to Carbon Brief, if we are going to keep emissions “well below 2C” and, ideally, below 1.5C, “young people would have to live the greater part of their lives without contributing significantly to global emissions. Essentially, they would have fewer ‘allowable’ CO2 emissions during their lifetime, compared with older generations.”

Leo Hickman, editor of Carbon Brief, told the Guardian “As protests by school children increase each week around the world, our analysis starkly highlights the intergenerational injustice of climate change. If warming is to be limited to safe levels, today’s children are going to have to greatly curtail their own lifetime emissions compared to older generations.”

The response from young adults to the Carbon Brief research was one of outrage at the irresponsibility of the elder generation.

Jake Woodier at the UK Student Climate Network, told the paper: “Those in positions of power – from politicians to business leaders – that have benefited from a much higher lifetime carbon budget have a duty to act to ensure a liveable planet for current and future generations. Without appropriate action, those in power are sacrificing our tomorrow for their today.”

You have used up our carbon budget and left us to deal with the consequences. You are stealing our future in front of our very eyes.https://t.co/UR5y5GUZLH