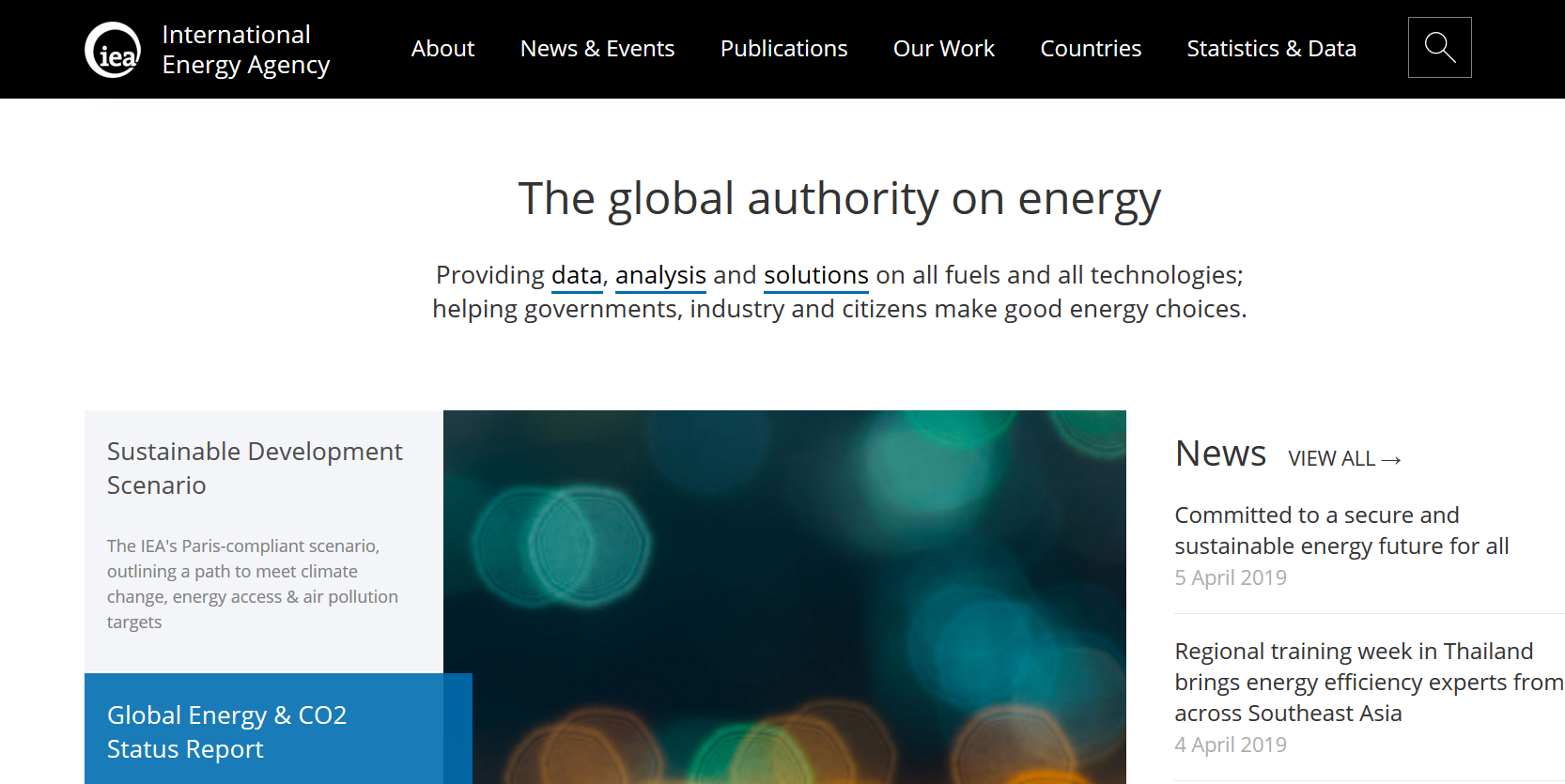 Last week, some 50 leading scientists, investors, politicians and energy experts wrote to the International Energy Agency (IEA) to make a critical ask: develop a truly Paris aligned, 1.5 degrees Celsius scenario (with a precautionary approach to Negative Emissions Technologies) and put it at the heart of their annual flagship World Energy Outlook (WEO).

The letter was fundamentally important, because in energy circles, the scenarios developed by the IEA for the WEO are seen as the ”Gold Standard” in helping dictate both political and financial energy decision-making.

At present, the IEA’s forecasts are fundamentally flawed, as they put the world on course for much greater warming than leading climate scientists say is safe.

The letter stated: “we must begin to phase-out fossil fuel production in favour of a rapid scale up of carbon-free energy. Energy information of the kind the IEA has built its legacy upon has the power to fundamentally shape how that journey unfolds.”

“Without the inclusion of a central and realistic 1.5C scenario going forward, the World Energy Outlook would abdicate its responsibility to continue to chart the boundaries of the path of the global energy sector,” the letter concluded.

Campaigners argue that if this 1.5 degree scenario was adopted as a central scenario in the 2019 WEO, it would help shift trillions from fossil fuels to renewables.

The letter was covered by the Financial Times, which quoted one of the signatories to the letter, Ingrid Holmes, head of policy at Hermes, which has £33.5bn of assets under management.

Although the IEA did respond to the letter, it argued that it is critics were misplaced as its scenarios were already aligned with the UN Paris goals.

In a response letter, Fatih Birol, Executive Director of the IEA, said that the IEA’s Sustainable Development Scenario was “fully aligned with the Paris Agreement’s goal of ‘holding the increase in the global average temperature to well below 2°C above pre-industrial levels and pursuing efforts to limit the temperature increase to 1.5°C.’”

This is an argument Oil Change International and others have countered before. Ultimately, the IEA did not update its climate scenario (the Sustainable Development Scenario – SDS) to reflect the greater ambition of the Paris Agreement: the emissions profile is effectively the same as the Copenhagen-era 450 Scenario, which aimed for a 50% probability of keeping below 2°C. The SDS ignores the 1.5°C goal.

Leading energy and climate experts though criticised the IEA’s position and response to the letter: Dr. Genevieve Guenther, the founder of Climate Silence, tweeted:

The @IEA is the world’s foremost energy authority. Its latest report #WEO2019 all but steers the world towards massive fossil fuel growth & #ClimateDestruction.

Some investors and businesses are actually protesting! Read more in @FT:https://t.co/iBFVOCFuCb

“The thing is, the IEA says repeatedly its scenarios are ‘not meant to be forecasts’ and are ‘not normative.’ Yet everyone in energy & climate knows that they are frequently used as such.”

The thing is, the IEA says repeatedly its scenarios are "not meant to be forecasts" and are "not normative". Yet everyone in energy & climate knows that they are frequently used as such.

“Why do you persist with this claim of full alignment w/o appropriate reference to the fact it relies on unrealistic levels of NETs (negative emission technologies)? It’s not helpful to anyone to simply repeat your position rather than constructively engage with the valid concerns of stakeholders.”

Rachel Kyte, the Special Representative of UN Secretary General and CEO of Sustainable Energy for All, also criticised the IEA’s methodology, tweeting:

Smart policy making is planning for the future. In this #EnergyTransition countries need tools/advice that help them drive ambition through their NDCs not a rear view mirror. IEA’s climate models criticised as too fossil-fuel friendly via @FT #OpenSource
https://t.co/rnZjs8aztS

Rachel Kyte added on Twitter that: “the fact that the projections and scenarios produced are not #OpenSource and so no government or other official can pull them about and understand what assumptions are or are not made.”

Others demanded change. Christiana Figueres, the ex-head of the UN Framework on Climate Change, tweeted: