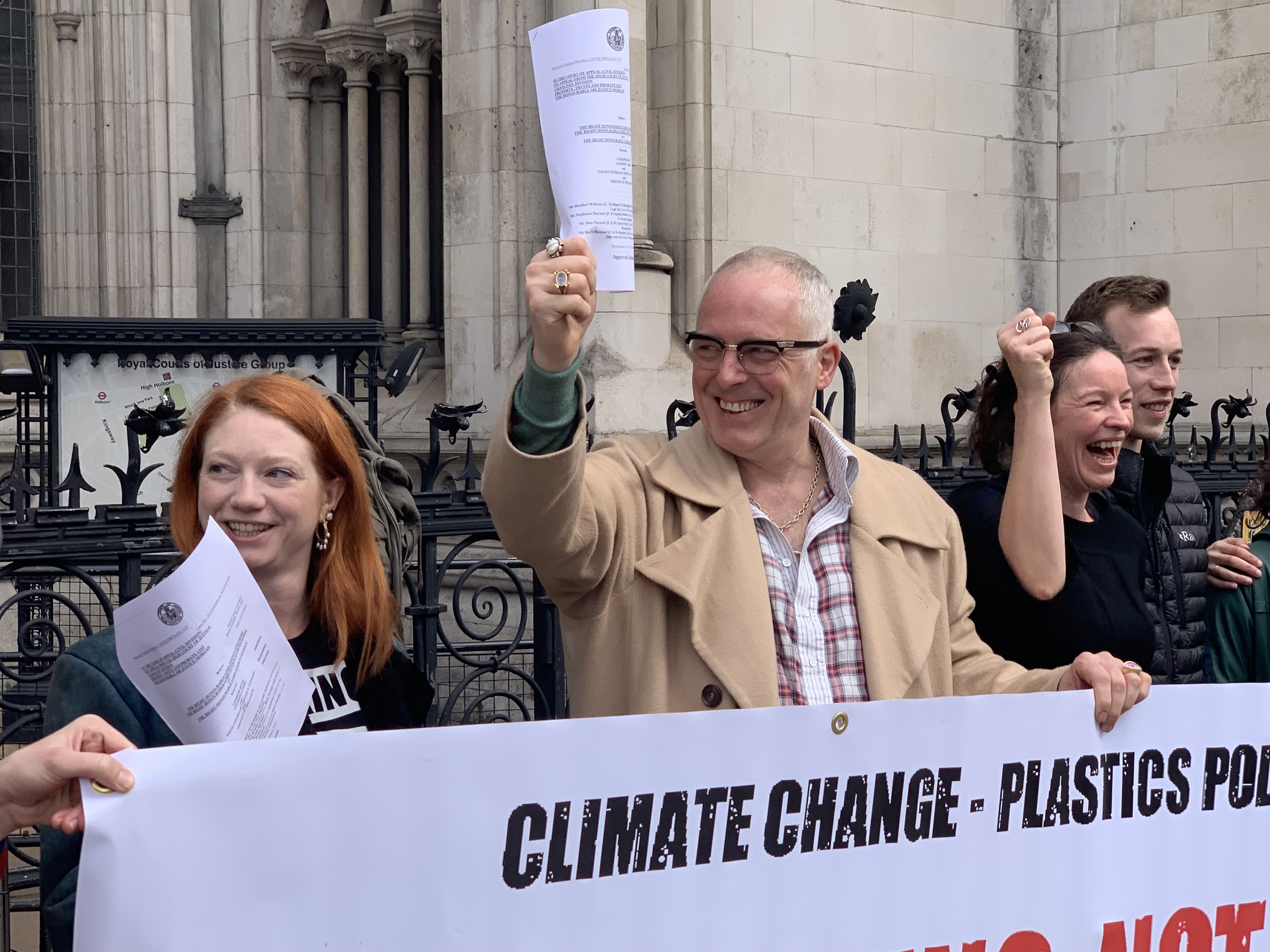 Yesterday, Britain’s fledgling shale gas industry was dealt another significant blow when three senior judges overturned a draconian injunction that had been granted to the company, INEOS, against anti-fracking campaigners.

It was back in July 2017, that even before a well had been drilled, INEOS has applied for – and had been granted – a sweeping injunction against “Persons Unknown”. The order outlined how anyone who was deemed to undertake “harassment”, “intimidation” or even “annoyance” against the shale industry, was at risk of being the subject of legal action.

The injunction warned anti-fracking protesters that if they disobeyed “this order you will be held to be in contempt of court and may be imprisoned, fined or have your assets seized”.

At the time there was outrage about the wide-ranging nature of the injunction, which had serious and chilling ramifications for the right to protest in the UK.

One of the UK’s leading legal experts on the rights to protest, Mike Schwarz from Bindmans, said: “When companies go to the courts, without notifying anyone else, and persuade a judge to give wide ranging and vague injunctions, they run a real risk of appearing oppressive, cowardly and only concerned about their own short term financial and legal interests.”

In August 2017, I wrote that the blanket injunction could be construed as a “SLAPP”, a “Strategic Lawsuit Against Public Participation”. I referred back to the book I wrote in the nineties, Green Backlash: “Just as violence is designed to chill people into silence through physical intimidation, so SLAPPs are meant to chill people through legal intimidation.”

In September 2017, the injunction was challenged by Joe Corré, the businessman and son of fashion legend, Vivienne Westwood, who also runs the group, TalkFracking.

As TalkFracking outlined at the time: “It appears that INEOS are attempting to ‘privatise the law’ by establishing a regime for far harsher penalties for peaceful protest than are prescribed by the criminal justice system.”

It was a David versus Goliath case, as INEOS is run by Sir Jim Ratcliffe, Britain’s richest man, according to the latest Sunday Times Rich List.

And yesterday, Corré, assisted by Friends of the Earth, was victorious in his legal fight against INOES and Ratcliffe. At the Court of Appeal, three judges ruled that it was unlawful to bring an injunction against certain classes of “Persons Unknown”. The ruling said the High Court order was “both too wide and insufficiently clear”.

The judges also agreed that the concept of “slow walking” on a public highway, which is used by anti-fracking campaigners, was a legitimate form of protest.

Following the ruling, Joe Corré, said: “This is a fantastic result and has restored my confidence in the British Legal system … INEOS’s fraudulent attempt to use secret courts and fake evidence against people that don’t even exist has come unstuck under common sense judicial analysis.”

Harrison added: “This judgement makes clear that the Court will intervene to prevent powerful companies like INEOS using draconian injunctions to intimidate and deter people from participating in lawful protest against fracking, which is widely seen by campaigners and local people affected to be dangerous and damaging to the environment and their communities.”

Friends of the Earth’s lawyer, Katie de Kauwe, also commented that “This is a massive victory for civil liberties and human rights across the country … Its impact will also extend to the injunctions obtained by other fracking companies.”

The victory in the Court of Appeal will also have knock-on implications for other fracking companies, who copied INEOS’s excessive legal tactics with their own prohibitive injunctions against campaigners, which threatened the UK’s long-established right to peaceful protest.