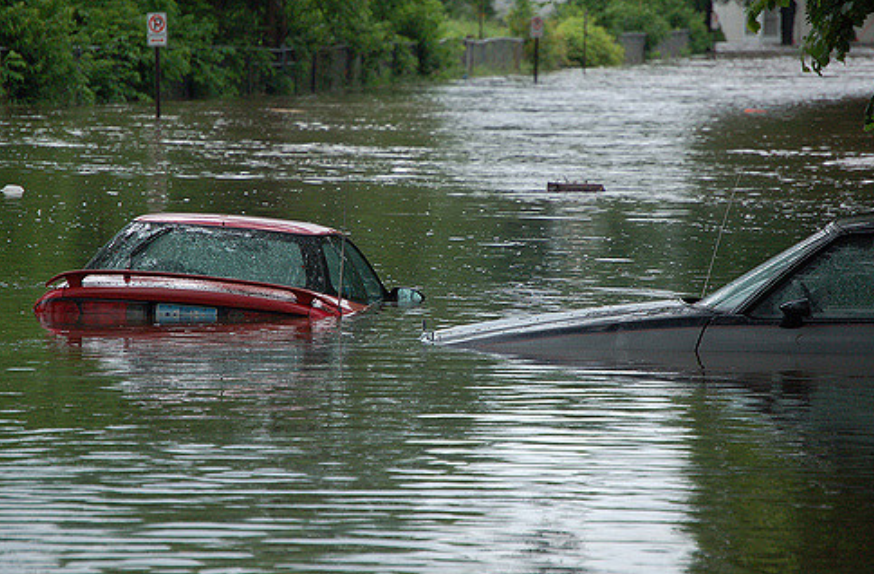 Both the physical and socio-economic impacts of climate change are accelerating, as record greenhouse gas concentrations drive temperatures towards increasingly dangerous levels, according to the World Meteorological Organization’s (WMO) latest statement on the state of the global climate.

According to the WMO, carbon dioxide levels reached 405.5 ppm in 2017, up from 357 ppm, when the report was first published in 1994. And these rises in temperature are fuelling climate change.

There was also Hurricane Florence and Michael, seen as two of fourteen “billion dollar disasters” in 2018 in the U.S., which triggered around US$50 billion in damages and over 100 deaths. More than 1,600 death were associated with intense heat waves and wildfires in Europe, Japan and U.S., where they were associated with record economic damages of nearly US$24 billion.

“We have seen a growing amount of disasters because of climate change,” said WMO Secretary-General, Petteri Taalas, as the report was released. He said since 1998, about 4.5 billion people around the world had been hit by extreme weather.

Petteri Taalas continued: “Extreme weather has continued in the early 2019, most recently with Tropical Cyclone Idai, which caused devastating floods and tragic loss of life in Mozambique, Zimbabwe and Malawi. It may turn out to be one of the deadliest weather-related disasters to hit the southern hemisphere”. Indeed, the disaster caused by Idai, which I blogged about here, is ongoing.

But Africa is not the only one to be hit by record floods. Parts of the US have been experiencing record flooding too and things could get worse in the coming days and weeks.

According to the National Weather Service, a further storm system will bring additional rains and potential flash flooding to an already flooded Central and Midwest in the next few days, where historic flooding has already been occurring. Rain is the last thing the region needs.

Later this week, additional rain may cause flash flooding across portions of the Central U.S. where historic flooding has already been occurring. pic.twitter.com/sB3qnYDltg

However, the situation is not set to ease anytime soon. Last week, NOAA’s U.S. Spring Outlook warned that “Nearly two-thirds of the Lower 48 states face an elevated risk for flooding through May, with the potential for major or moderate flooding in 25 states … The majority of the country is favored to experience above-average precipitation this spring, increasing the flood risk.”

More water is on the way. “The major flooding we’ve already experienced across the lower Missouri and the middle to lower Mississippi Valley is a preview of what we expect through the rest of the spring,” said Mary Erickson, deputy director of the National Weather Service. “In fact, we expect the flooding will get worse, and become more widespread.”

In one state alone Nebraska, the flooding caused in excess of $1 billion in damages, flooding over 2,000 homes and destroying 340 businesses. In Iowa the damage is put at $1.6 billion.

Farming is particularly vulnerable. This week an article in the New Republic, entitled: “Climate Change and the Death of the Small Farm”, outlining how the “catastrophic flooding in the Midwest is forcing more farmers to consider a stark choice: quit or consolidate.”

Joe Schroeder, a senior farm advocate for the non-profit organization, Farm Aid, told the New Republic that “Maybe these floods are the beginning of a washed-out grain belt that no longer produces grain.”

Indigenous communities are particularly at risk, too. As Democracy New recently reported: “Much of the news about the flooding has focused its impact on farmers. But the climate-changed fueled weather has also hit Native American communities hard, with four tribal nations in Nebraska declaring a state of emergency.”

The floodwaters threaten further pollution too for millions of homeowners. Four days ago the National Ground Water Association (NGWA) estimated that more than 300 counties in the Midwest had water wells potentially impacted by the flooding.

According to the NGWA: “While the exact number of wells possibly affected by contaminated floodwater cannot be readily counted, Census Bureau data show over one million wells in these counties.”

Three days ago, Bloomberg reported how the flooding across the Midwest had reached at least eight Superfund sites in three states, Nebraska, Iowa and Missouri with staff from the Environmental Protection Agency unsure of how bad the pollution and contamination fallout was, due to the rising waters.

On Wednesday, the Environmental Protection Agency gave a contradictory update to the situation, reporting that there were “no releases of hazardous contaminants” at any of eight toxic waste sites, but although they concluded this, they still had not “tested any of the soil and water at those sites.”

Many of these sites across the US not just in the Midwest are vulnerable to climate change. As Bloomberg noted: “The EPA has long warned that more intense flooding caused by climate change threatened to dislodge chemicals around Superfund sites.”

As far back as 2014, the EPA released a Climate Adaptation Plan, which said that “inundation and flooding may lead to transport of contaminants through surface soils, ground water, surface waters and/or coastal waters.”

Five years on, rather than be climate-change ready, the US has a climate change denier in the White Houses, determined to make the problem worse for tens of millions of Americans.

Launching the latest climate report, the UN Secretary General, António Guterres, said: “There is no longer any time for delay,” regarding climate change.

The tragedy is that his urgent call to action will be ignored in the White House.