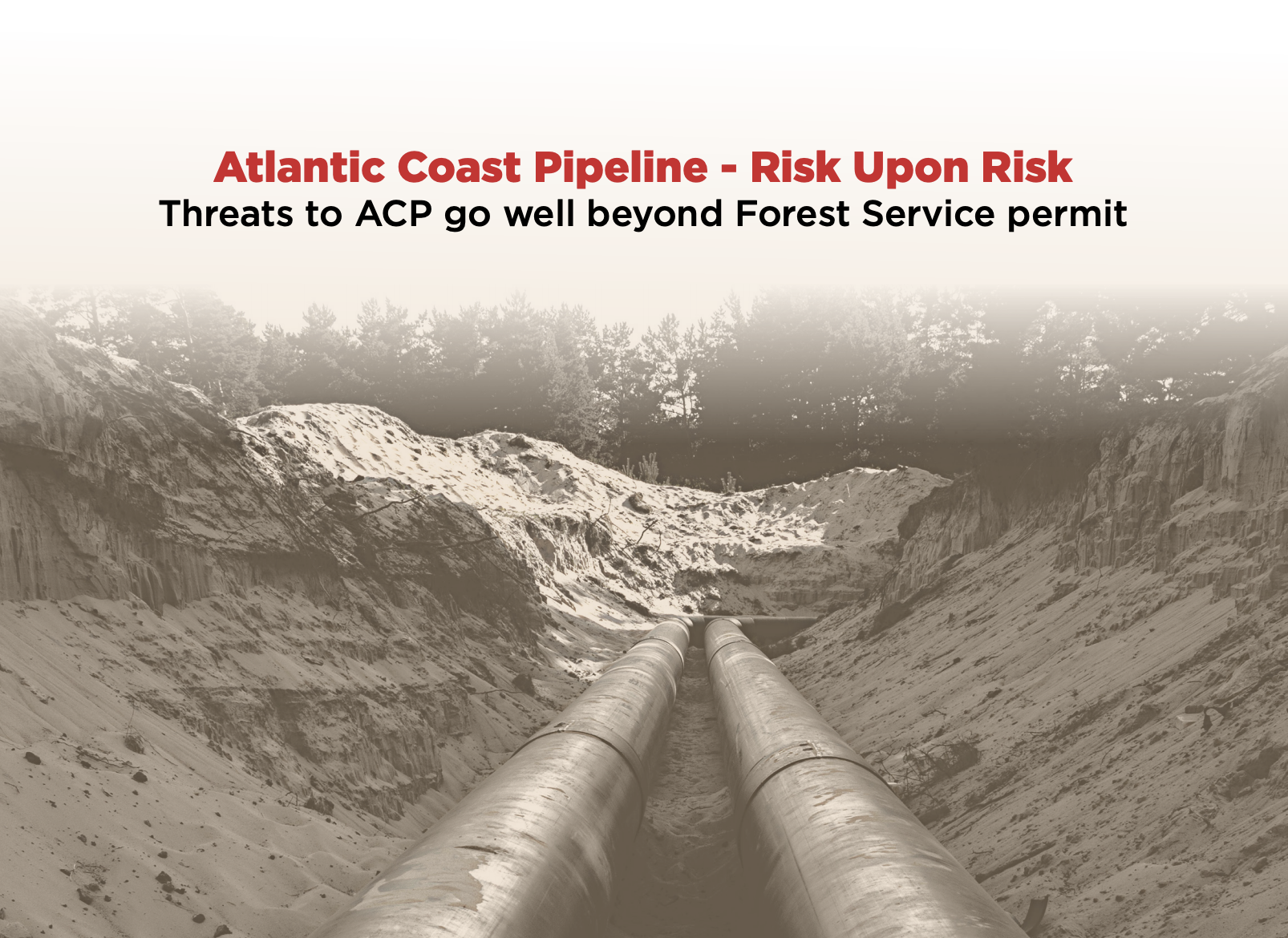 Oil Change International and Friends of the Earth U.S.

The Atlantic Coast Pipeline (ACP), a proposed fracked gas pipeline owned by Dominion Energy, Duke Energy, and Southern Company, faces some of the stiffest community and environmental opposition in the country today, comparable to that faced by TransCanada’s ill-fated Keystone XL project. Seventeen months after the project was granted certification by the Federal Energy Regulatory Commission, construction has barely progressed due to this opposition and other sources of risk.

The ACP, if completed, would be a 600-mile, 42-inch-diameter pipeline carrying fracked gas from the Appalachian Basin in West Virginia through Virginia to North Carolina.

First announced in 2014, the project is two years behind schedule and substantially over-budget. The latest update from Duke Energy estimates the project cost at between $7 to $7.8 billion – 37% to 53% higher than the original estimate of$5.1 billion – with the latest date for full operation now pushed back to 2021.

The ACP is facing a triple threat of challenges that combine to present serious obstacles for the project to reach completion:

These challenges and the accompanying risk are likely to further delay construction and raise the project’s price tag even higher. If completed, state utility regulators in North Carolina and Virginia are unlikely to justify passing the full cost of methane gas transportation contracts onto ratepayers.

It would be prudent for investors in Dominion, Duke, and Southern to question whether pursuing the ACP further is a good use of capital. As the transition to clean energy gathers pace, the risks and growing costs of this major methane gas pipeline project look increasingly unwise to ratepayers, regulators and investors alike.