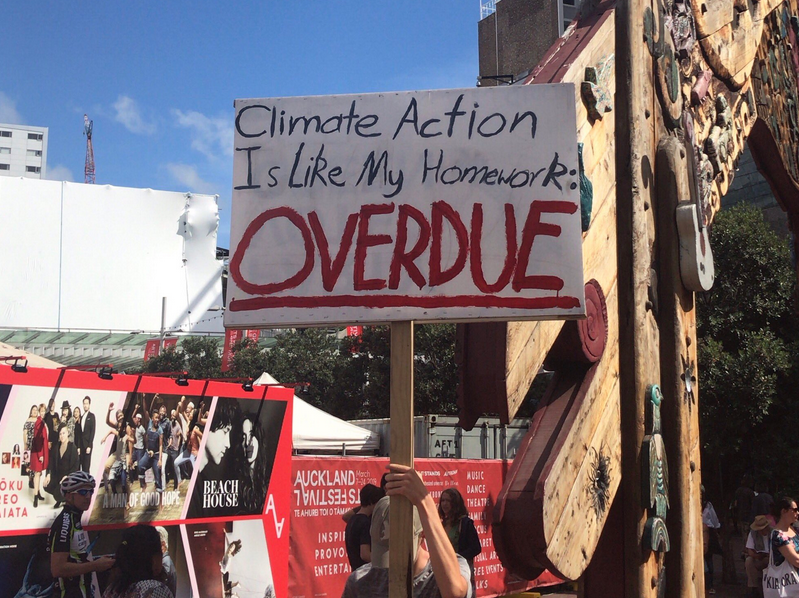 On Friday, the youth spoke. And they spoke loudly. In excess of a million young people skipped school and colleges and marched around the globe demanding urgent action on climate change. They did so in over a hundred countries.

Listening to one young activist about why their generation cares so much about climate change, they replied: “it is the urgency of the problem. It is our future at stake.”

So will the older generation quicken the fight against climate change in response to Friday’s climate strike? You would hope so. In response to Friday, António Guterres, the Secretary General of the United Nations, wrote: “My generation has failed to respond properly to the dramatic challenge of climate change. This is deeply felt by young people. No wonder they are angry.”

He added: “These schoolchildren have grasped something that seems to elude many of their elders: we are in a race for our lives, and we are losing. The window of opportunity is closing – we no longer have the luxury of time, and climate delay is almost as dangerous as climate denial.”

Guterres is right to say we are losing the battle, but the fight is not yet over. The status quo can change. It does not have to be this way. There are already millions of people who are committed to climate action, who every day, either professionally or personally make a difference in fighting climate change. But collectively, the pace is glacial and not near fast enough as the science demands.

Indeed, the world is still on track to miss the climate goals set in Paris in 2015. Last week, in its 6th Global Outlook, the UN warned that

If greenhouse gas emissions persist, global average temperatures will continue to increase at the current rate, crossing the temperature target agreed as part of the Paris Agreement between 2030 and 2052.

Current nationally determined contributions, presented in Paris in 2015, “constitute only one third of the mitigation required to establish a least-cost pathway for staying well below 2 degrees Celsius (well established).

To maintain a good chance of remaining well below a 2 degrees Celsius temperature increase, emissions need to drop by between 40 and 70 per cent globally between 2010 and 2050, falling to net zero by 2070.

Let us not also forget the concurrent problem of burning fossil fuels. Our toxic air. The UN said that “air pollution is the main environmental contributor to the global burden of disease, leading to between 6 million and 7 million premature deaths”.

The UN was not the only one warning of further climate trouble last week. According to the Guardian, there was new scientific research published, which concluded that “Sharp and potentially devastating temperature rises of 3C to 5C in the Arctic are now inevitable even if the world succeeds in cutting greenhouse gas emissions in line with the Paris agreement .. Such changes would result in rapidly melting ice and permafrost, leading to sea level rises and potentially to even more destructive levels of warming..”

In any other rational sense, the fact that up to seven million people are being killed annually by toxic air should be enough for radical action. Add on the issues of climate change, and the millions impacted by drought, floods and sea level rise you would have thought it should be a collective international emergency.

To many, who have worked on this for years, it is continually baffling that climate change is not seen as an emergency. To the young, it is a complete and utter disgrace. As they say: why bother to go to school if there is no future?

Yes we can point to a multi-million dollar denial machine of think tanks and front groups funded by the oil industry, the Koch brothers and climate deniers such as Robert Mercer, to explain part of the reason the problem is not taken seriously. Having a denier in the White House is also catastrophic.

The media is also to blame: As Michael Graw an oceanographer, from Oregon State University notes: “Climate science is often not taught in schools. After the last Intergovernmental Panel on Climate Change report, more than 28 American newspapers did not mention the report on their homepage. As the frequency of extreme weather events increased both at home and abroad, US television news coverage of climate change plummeted in 2018.”

Into this void of adult responsibility the young have stepped. The more young people push the older generation to act can only be a good thing, and Friday’s protests, coupled with new movements such as the Sunshine Movement and Extinction Rebellion, have to be welcomed. As is the political momentum for a Green New Deal in the US and international Green New Deal.

Even more is needed too, though. “We will simply have to throw the kitchen sink at this. Policy tweaks such as a carbon tax won’t do it“, argues Phil McDuff in the Guardian. “We need to fundamentally re-evaluate our relationship to ownership, work and capital.”

But for real effective change, McDuff argues, “Any meaningful policy has to upset the established power base and the political donor class. Any policy that doesn’t upset these people will be useless. To pretend that we can compromise our way through this while we wait for a magical, technological bullet that will keep temperatures down without costing us anything is beyond wilful ignorance now. It is a question of basic morality.”

As a first step, we have to break the bonds and financial ties between the fossil fuel industry and those in power. We have to loosen Big Oil’s grip and separate oil and state. We have to push our politicians not to take oil money.

Indeed, as Bill McKibben, from 350.org outlines: “the most important aspect of the decline of fossil fuel companies might be a corresponding decline in their political influence.”

We have to reduce that influence. Otherwise it will be business as usual. Donald Trump’s budget, which has just been released, would “make poverty more widespread, widen inequality and racial disparities, and increase the ranks of the uninsured.” The budget would slash funding to the Environmental Protection Agency by over 30 per cent.

But change needs to happen elsewhere too. The cold hard truth is that millions of Americans are still content with Trump and ignoring our climate crisis.

One commentator for the Washington Post today, pointed out that Trump seems to be in spiral of increasingly outrageous tweets and behaviour, which many are content with: “Unfortunately, most Republicans are fine with Trump, or say they are. They have tax cuts and some judges, so what do they care if the presidency is sullied, racial anger builds, the United States’ reputation in the world is damaged, decency and objective truth are obliterated, and none of our real challenges (e.g. income inequality, climate change) are addressed?”