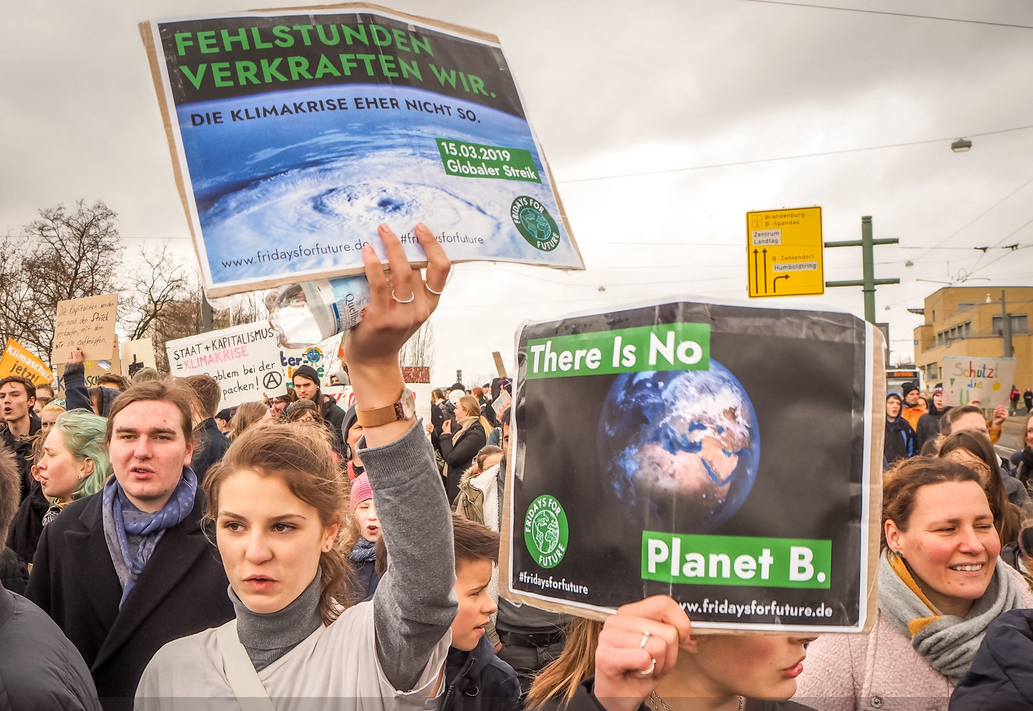 Today will go down as the biggest global climate march ever seen. Hundreds of thousands have marched across the globe. Others say over a million marched. Others put it into the millions.

Twitter and Instagram are abuzz with images of climate strikes in some 2000 events in over 120 countries, from Antarctica (see below), Australia, Asia to the edge of the Arctic circle.

Tens of thousands marched in Germany. In Sydney there were 30,000. In London there were in excess of 20,000. Helsinki saw 5,000. In the UK alone there were an estimated 150 rallies and protests. In Sweden, there were over 100. Dozens more were held in the US and Canada, too.

The young chanted that “there is No Planet B”. They criticized the elder generation, governments and the climate deniers. “Policy Change, not climate change”, read one banner. “You are stealing our future” or “denial is not a policy” or “Stop denying the Earth is dying”.  “We are being forced to study for a future we won’t have”, read another. In New York they sang: “Hey hey, ho ho, the Koch brothers have got to go.”

In front of Congress over hundred students also sang: “What do we want? Climate action. When do we want it? Now.”

“If we want to see change, if we want to have a future, we need to do it ourselves,” says @MaddyFernands, addressing a press gaggle in front of the US Capitol building ahead of today’s #YouthClimateStrike in #DC.

“If we want to see change, if we want to have a future, we need to do it ourselves,” says @MaddyFernands, addressing a press gaggle in front of the US Capitol building ahead of today’s #YouthClimateStrike in #DC. pic.twitter.com/ESnv051ATO

In Sweden, the young climate activist, who inspired this amazing demand for radical action on climate change, Greta Thunberg, said: “We are facing the greatest existential crisis humanity has ever faced. And yet it has been ignored. You who have ignored it know who you are.”

It is difficult to put into words how inspiring it is to see so many following Greta’s lead and being on the streets fighting for climate justice, a cleaner future and rapid transition away from fossil fuels.

Today feels like a defining moment. The press and wider public are finally waking up to the scale of the climate challenge. Some now say that climate change is this generation’s Vietnam War.

But the young methods of protest will also have to take on the old oil boys in a fight the latter will not give up easily, as many of us know to our cost.

As the young march, Big Oil carries on as usual – rewarding its senior executives with obscene amounts of money for destroying the very future the young are fighting for.

With ironic timing, just hours before the protests began, it was announced that the boss of Shell, Ben van Beurden, was awarded a whopping $22 million last year, a massive 126% increase on 2017. This equates to some $35,000 a day.

This lead one commentator at the Financial Times to write: “Do oil companies just not get it? Or just not care? In the space of two days, both Royal Dutch Shell and BP have shown a seemingly brazen disregard of societal concerns — over executive pay and environmental policy.”

This shows that the culture at Big Oil is about rewarding climate failure and to carry on drilling. Paying its executives this obscene kind of money to burn carbon, when we know the science is screaming “stop drilling now”, shows how Big Oil still does not understand societal concerns about climate change. Nor do they care about the young. And that is the scale of the task both young and old still face if we want a liveable future.

Indeed, one commentator at Forbes noted: “Today is a day for politicians and corporate leaders to take note. If they care about votes or customers, they must put climate change at the top of their agenda. Like Greta and the young people she’s inspired, they must begin to lead for the long-term greater good.”

It is the young who are showing leadership on climate, not the old.