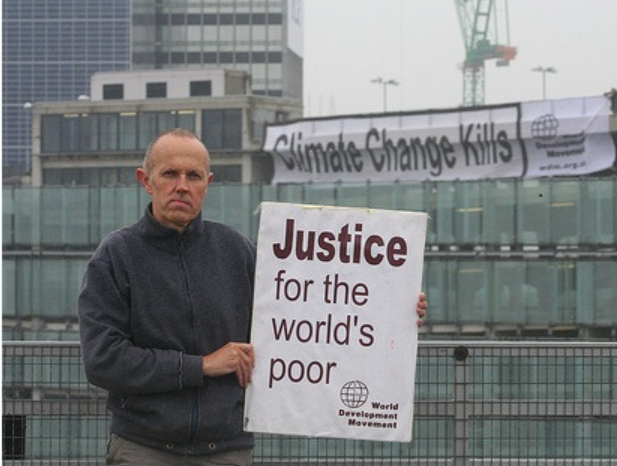 Tomorrow Greg Muttitt, the Research Director at Oil Change International will give evidence to the UK’s parliamentary Environmental Audit Committee, which is investigating the scale and impact of UK Export Finance’s financing of fossil fuels in developing countries.

Muttitt is due to speak along with other independent experts from groups such as Carbon Tracker.

The Environmental Audit Committee is examining possible alternatives to fossil fuel investment and fossil fuel subsidies and at the UK Government’s plans to respond to a growing consumption of energy in developing nations.

Writing at the weekend, former UN Secretary General, Ban Ki-Moon, criticised this.  He said: “These figures and policies are hard to reconcile with the UK’s commitments under the Paris agreement, its membership of the Powering Past Coal Alliance and its own pledge in 2013 to end support for public financing of new coal-fired power plants overseas. The time has come for the UK to change course, in the interests of the whole world.”

He is not the only one critical of the Government’s position.

One of those scientists was Jim Skea, Professor of Sustainable Energy at Imperial College and co-chair of Intergovernmental Panel on Climate Change Working Group III. When asked about hitting the 1.5 degree warming target, Professor Skea said “you are perhaps looking at about a reduction of a third in investment in the extraction of fossil fuels by 2030.”

Professor Navraj Ghaleigh, a Senior Lecturer in Climate Law, University of Edinburgh, who also gave evidence, told the politicians that “if we are going to hit 1.5° or anything close to it, all the pathways say that we need very rapid decarbonisation, demand-side mitigation, electrification and emissions reductions now—meaning the decade from 2020 to 2030—as well as carbon dioxide removals. If that is correct, and if it is what we want to do, the current pattern of UK export finance is simply flatly inconsistent with it.”

Finally, Professor Kevin Anderson, Professor of Energy and Climate Change, University of Manchester and Deputy Director of the Tyndall Centre for Climate Change added “it is completely incompatible to be investing in fossil fuels elsewhere in the world if we are going to meet our Paris commitments.”

He continued: “We need to be very clear about this: when we invest in fossil fuels, we are locking in high-carbon infrastructure for decades to come, sometimes in poorer countries, along with all the other accompanying air pollution issues.”

Muttitt and the others are giving evidence as the UK basks in unseasonably warm weather, and today was the hottest recorded February day on record in Britain.

The record temperatures led British Green party MP, Caroline Lucas, to tell the Guardian: “We are living through climate breakdown and, instead of taking urgent action, ministers carry on as if nothing has changed. The Government must wake up to this crisis, urgently declare a climate emergency and introduce a ‘Green New Deal’ to provide a green job to everyone who wants one and transform our economy to prevent climate catastrophe.”