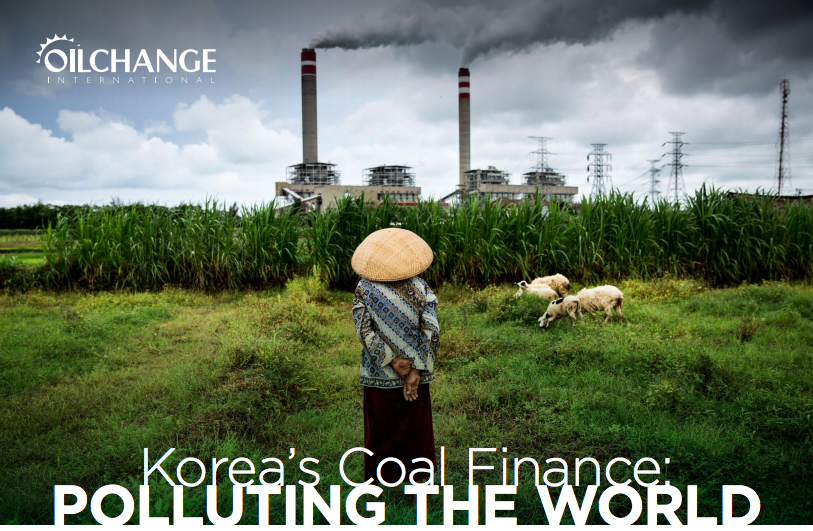 Air pollution is an important and growing concern around the world, particularly in many Asian countries. Burning of fossil fuels is also contributing to climate change, the impacts of which are already being felt around the world. Recent research indicates that to limit global warming to below 1.5°C – which could avert the worst effects of climate change in line with the aims of the Paris Agreement – at least 85 percent of global fossil fuel reserves will need to stay in the ground.

The twin challenges of air pollution and climate change demand a rapid transition away from fossil fuels, and a particularly rapid phase-out of coal-fired power plants.

This briefing analyzes some of the economic costs of the overseas coal plants financed by Korean government-controlled institutions, including the Export-Import Bank of Korea (KEXIM), the Korea Trade Insurance Corporate (K-Sure), and Korea Development Bank (KDB). The analysis assesses the costs of air pollution and global climate change impacts associated with fifteen Korean-backed coal projects overseas, most of which are located in Asia (including in Vietnam, Indonesia, and India). Of these fifteen plants, nine are already operating (since 2011 or later), and six are under construction and expected to commence operation by 2020

Once all of these coal plants are operational, this analysis estimates the economic costs of emissions associated with these projects to be in the range of USD 5.7 billion to as many as USD 24.6 billion annually, in 2017 dollars.

Korea’s continued public finance for coal is increasingly out of step with global trends, as the costs of renewable energy relative to new coal-fired power plants continues to drop precipitously. The cost of electricity from renewable energy has dropped below that of coal in much of the world, including in major emerging markets like India. Korea’s leaders should move quickly to phase out this coal finance, to protect human health being harmed by air pollution, and to stop wrecking the climate.