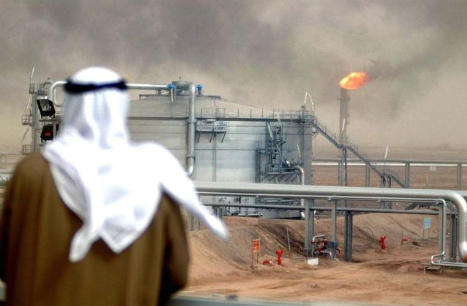 For oil watchers, one of the biggest stories of the year, or maybe decade, has been the proposal to privatise five percent of Saudi Aramco, the world’s largest oil company.

Reuters broke news on Wednesday that the high-profile Initial Public Offering (IPO) has been shelved, and the advisory teams disbanded. The Saudi government has said it is still “committed” to the IPO, but will only proceed “at a time of its own choosing”.

A year ago OCI revealed an unspoken element of the story: that climate change would strongly affect the valuation of the company.

Most analysts believe that Crown Prince Muhammad bin Salman’s US $2 trillion estimate of Aramco’s value was unrealistic, suggesting $1 to $1.5 trillion was more plausible.

In our analysis, we found that as efforts to cut emissions reduce oil demand, the value of Aramco could be reduced to as little as $700 billion.

The likelihood of falling far short of the Crown Prince’s target is a key factor in the current uncertainty (and possible cancellation) of the deal.

The uncertainty over the IPO also reopens the question of the future of Saudi Arabia in a carbon-constrained world. One goal of the deal was to begin to diversify the Kingdom’s economic base, by boosting investment funds and hence financial returns alongside oil sales.

As a financialization rather than a bricks-and-mortar development of the productive economy, the IPO approach to diversification was perhaps questionable. The approach seemed designed to avoid reforming the rentier-state, by enabling continued flows of unearned income.

The Aramco IPO’s symbolic impact is/was also profound, as a partial reversal of the nationalization of Saudi oil in the 1970s, which was popular domestically, transformative for the global oil industry, and a defining moment for the Global South in the early postcolonial period. Since the Iraq War, the trend among major producers has been towards denationalization, and the potential cancellation of the Aramco IPO may derail that momentum.

While financial institutions may not be getting an opportunity to make a massive new fossil fuel investment, the question remains of whether they are already over-exposed to a sector that cannot have a place in a safe future.