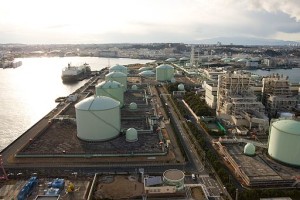 The U.S. Department of Energy (DOE) has published a series of studies in recent years discussing the economic impacts of exporting liquified natural gas (LNG). They have studied questions such as: Will exports raise the price of gas for U.S. consumers? (Yes.) Or will exports negatively impact U.S. manufacturers that rely on gas for fuel or feedstock? (Yes.) These reports are meant to “inform DOE’s decisions on applications seeking authorization to export LNG from the lower-48 states to non-free trade agreement countries.” So you would hope that they would take these and other issues seriously. Unfortunately, the history is not good.

DOE, under past and current administrations, has repeatedly hired a policy advocacy group posing as an economic consultancy to conduct these studies. The group, NERA Economic Consulting, has a long record of skewing economic studies to favor its deregulation agenda.

The latest study, available as draft for comment until 6pm EST today, is no exception. It cloaks the gas industry’s export agenda in a veil of macroeconomic benefits. Oil Change International submitted a protest comment together with several national environmental groups including Food and Water Watch, and dozens of local citizen action groups working in communities fighting fossil gas infrastructure around the world.

Our comment primarily focuses on a particular aspect of the draft report, one that demonstrates the blatant bias of the authors, and undermines the credibility of the whole draft study.

The study has two stated purposes: “to evaluate:

(b) the potential macroeconomic effects of LNG exports at those levels.”

The authors created over 50 scenarios derived from combining varying probabilities and assumptions around international and domestic supply and demand for fossil gas. There’s a vast array of tables and charts explaining the various attributes of these scenarios and the weight given to each in the analysis. It almost looks like a real macroeconomic study.

But there’s one thing that stands out once you start digging in: When it comes to the possibility of low international demand for gas – the scenario that would serve the climate but irk the LNG industry – the authors decide that this outcome is highly unlikely. Ignoring the role of rapid technology change, the authors assume that low international demand for gas hinges on stringent implementation of climate policy. And, in a display wholly lacking in intellectual and scientific rigor, the authors decide that this outcome is only worth a 5 percent weighting because, and I quote: “NERA experts have followed the development of international agreements on climate change for many years, and we do not expect that future progress will be very much greater than in the past.”

There is, of course, no irony in the fact that Donald Trump cited “economic analysis” from NERA when he announced he was pulling the United States out of the Paris Agreement. Indeed, NERA has been behind spurious analysis aimed at getting the United States to disengage in international climate negotiations for decades.

Whatever you think about the progress of climate negotiations, this is not a credible methodology for assigning probability to the scenarios that inform a macroeconomic study. It looks suspiciously like personal subjective opinion with a political agenda, funded, no doubt, by a handsome sum of taxpayer money.

In addition to this subjective dismissal of international action on climate, the assumptions around gas demand willfully ignore real-world trends in renewable energy and flexible generation technologies (i.e., storage) that increasingly compete with gas for market share globally. For example, there is no reference to the latest findings in the 2018 New Energy Outlook from Bloomberg New Energy Finance. These include:

These are important findings that have serious implications for U.S. LNG exports. Ignoring them could lead to an excess in LNG capacity. This could undermine the transition to clean energy as LNG is dumped into markets at discount rates to claw back revenue. This would also burden communities with industrial infrastructure – and its associated pollution – that was never truly needed in the first place.

DOE should take a proper look at the impacts of LNG exports. It should look at how LNG exports undermine the clean energy transition. It should look at the impacts of LNG all the way up the supply chain from the terminals to the pipelines and the fracked gas that feeds them. But first it needs to throw out this study and cease hiring biased consultants who appear to put their own political agenda before the public interest.