288 major investors worth more than $26 trillion USD in assets are warning that we aren’t on track to meet the goals of the Paris Agreement and lack the tools needed to get there.

In a public statement and policy brief released yesterday, the group which includes major pension funds, banks, asset managers, churches, and insurance companies called on governments to ramp up their ambition and take the actions needed to reach the agreed Paris goals ahead of G7 meetings taking place in Canada.

Significantly, they also noted that we currently lack the analytical tools needed to plan for an energy future that would see us reach climate safety, pointing to “concerns expressed about the alignment of the IEA (International Energy Agency) climate change scenarios with the Paris Agreement goals.”

The investors note: “Uncertainty over the energy transition pathways that are Paris-aligned could slow down the rate at which governments, businesses and investors are willing to further evolve their long-term planning and transition to a low carbon economy.”

Investors around the world are increasingly trying to understand the risks climate change holds for their portfolios. This means answering difficult questions: Will the companies they own hold their value as the world shifts away from fossil fuels? Are their investments contributing to making the problem worse? Will the worsening impacts of the climate crisis damage the value of their portfolios?

In 2015, the Financial Stability Board board chair Mark Carney announced an effort to help provide answers – a new Task Force on Climate-related Financial Disclosure (TCFD) designed to help investors and companies make smarter decisions around climate change. The task-force calls on companies to voluntarily disclose the financial risks from climate change for their businesses and encourages investors to invest in climate safety. The TCFD’s work is catching on quickly with investors.

IEA climate scenarios have become a critical tool for this investment movement. The TCFD advises that investors stress-test their portfolios in scenarios where the world acts to address the climate crisis. In theory, this is a smart way to avoid stranded assets and to place investments in areas that will thrive in a zero carbon future.

But there’s a problem. The default scenarios used for this, the ones published by the IEA, don’t provide useful stress-tests, because they describe futures that are not actually stressful for fossil fuel investment. As our work has uncovered, the IEA scenarios fail to describe a world where we are actually successful in reaching the Paris goals. 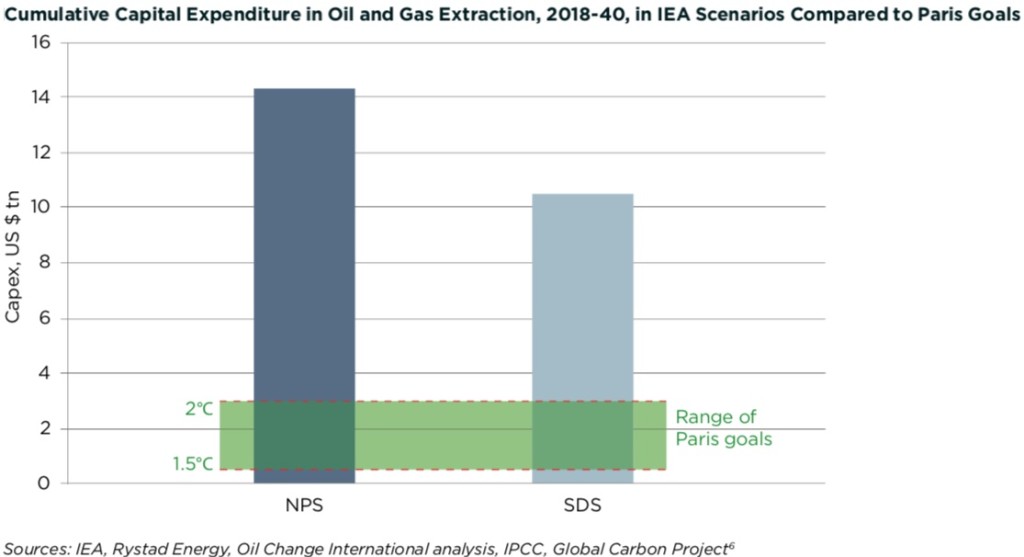 As we like to point out – scenarios can become self-fulfilling prophecies. If investors and governments have any hope of making decisions today that will ensure we reach the Paris goals in the future – we’ll need scenarios that are Paris-Aligned.

As the world’s more influential energy source of energy information, the IEA must deliver the goods.