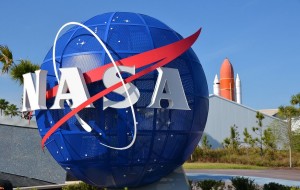 Pressure has been growing for a while to stop Bridenstine, but has intensified as his nomination looks set to be debated by the full Senate soon. A campaign against his nomination has already resulted in 40,000 letters being sent to Senators.

Back in the Fall, two Florida senators, Republican Marco Rubio and Democrat, Bill Nelson, went public with their concerns after Bridenstine, an Oklahoma Congressman and Tea Party conservative, was nominated by Trump. They argued a “politician” shouldn’t lead the nation’s space program. He is not qualified.

Nelson said in a statement to POLITICO at the time: “The head of NASA ought to be a space professional, not a politician”. Rubio added that Bridenstine came with “political baggage” and his appointment would “be devastating for the space program. Obviously, being from Florida, I’m very sensitive to anything that slows up NASA and its mission.”

Rubio continued: “It’s the one federal mission which has largely been free of politics and it’s at a critical juncture in its history. I would hate to see an administrator held up — on [grounds of] partisanship, political arguments, past votes, or statements made in the past — because the agency can’t afford it and it can’t afford the controversy.”

Part of this political baggage is Bridenstine’s history of climate denial. Last September, the Ohio Democratic Senator, Sherrod Brown, also expressed concern over Bridenstine’s appointment: He said: “Bridenstine is not a scientist. He has no experience in scientific research or academia. He’s even expressed doubt that humans contribute to climate change — a research area in which NASA is intimately involved.”

So let’s look at some of these views: Back in 2013, speaking on the House floor in 2013, Bridenstine incorrectly stated global temperatures had stopped “rising ten years ago” (see video below). He added: “Global temperature changes, when they exist, correlate with sun output and ocean cycles”.

Three years later, he said in another interview: “I would say that the climate is changing. It has always changed. There were periods of time long before the internal combustion engine when the Earth was much warmer than it is today. Going back to the 1600s, we have had mini ice ages from then to now.”

That same year, he introduced legislation which would significantly alter NASA’s mission by stripping out all Earth science related work from Congress’ declared policy for NASA, leading to the Union of Concerned Scientists to argue that “Anyone who does not support Earth science research at NASA should not be confirmed as Administrator.”

Come November last year, Bridenstine faced what CNN described as a “blistering critique” by Democrats who questioned his fitness for the role.

Despite this criticism, in January, Trump re-nominated Bridenstine and he was subsequently approved by a Senate committee on a 14–13 vote in late January. A full Senate vote is now expected soon.

Others have also been dragged into the row: Earlier this month, Bill Nye known as “The Science Guy” in the US, became embroiled too after he attended the State of the Union address with Bridenstine, despite a campaign for him not to. “While the Congressman and I disagree on a great many issues — we share a deep respect for NASA and its achievements and a strong interest in the future of space exploration. My attendance tomorrow should not be interpreted as an endorsement of this administration, or of Congressman Bridenstine’s nomination, or seen as an acceptance of the recent attacks on science and the scientific community,” wrote Nye defending his actions.

This has not satisfied Bridenstine’s critics. ClimateTruth is now running an online petition stating: “Bridenstine is an anti-science climate change denier who has received more than $170,000 in campaign contributions from the oil and gas industry … Now we must redouble our efforts to stop this nomination in its tracks, and ensure that Rep. Bridenstine does not become the next administrator of NASA.”