“Pruitt’s move to repeal the Clean Power Plan shouldn’t come as any surprise. He’s repeatedly partnered with fossil fuel companies to sue the EPA for regulating the industry’s air, water, and climate pollution. This kind of cronyism is exactly what happens when government agencies are captured by the corporations they’re supposed to oversee.

“According to Pruitt, this is just another way to even the playing field for coal, oil, and gas – but he knows as well as anyone that fossil fuels already get massive government giveaways. In fact, permanent tax breaks for the fossil fuel industry are seven times higher than those for renewable energy.

“The fight to curb the worst abuses of the fossil fuel energy industry won’t stop here. Federal legislation, the courts, and millions of voters have made it clear that the federal government is obligated to protect American workers and families from the deadly impacts of dirty energy, not hand polluters taxpayer dollars.”

Note to editors: Permanent tax breaks already favor fossil fuels over renewable energy by a 7:1 margin, as shown in this graphic. 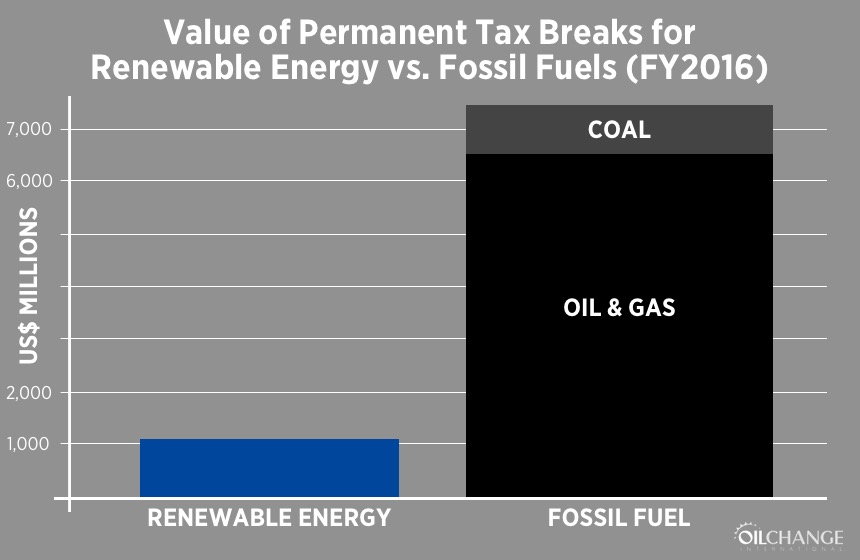 Full graphic can be found at: https://priceofoil.org/content/uploads/2017/10/renewablevsffs-v11.jpg