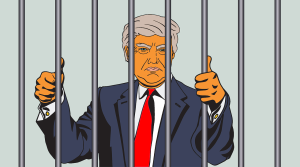 There is a new climate villain in town. Later today, President Donald Trump will deliberately go from a climate denier to a climate destroyer.

He is setting out to, as the Washington Post puts it, “obliterate” Obama’s climate legacy. Not just tweak the legacy, but obliterate it.

In doing so, Trump is showing a reckless disregard for the truth, for science and for future generations. Indeed as one expert from Bloomberg notes, Trump and the Republicans now have similar climate policies as Nicaragua, North Korea and Syria. They keep fine company.

Later today, the President is set to sign what is known as an executive order which can only be described as a fossil fuel feeding frenzy. The order is aimed at promoting US production of oil, coal and natural gas. In the process he will rip up much of Obama’s hard fought legacy on climate.

He will dismantle half a dozen Obama-era directives giving climate change a prominent role in federal decision making and for controlling greenhouse emissions from oil and gas. Central to his announcement will be a review of Obama’s Clean Power Plan, which curtails greenhouse gas emissions from coal fired power plants. Trump will also will seek to lift a moratorium on federal coal leasing and developing oil and gas leases on federal lands too.

The climate deniers in his Cabinet, often so beholden to their fossil fuel paymasters, are beside themselves with glee. “This is about making sure that we have a pro-growth and pro-environment approach to how we do regulation in this country,” said Scott Pruitt, the head of the Environmental Protection Agency over the weekend. Pruitt’s grotesque abuse of language that somehow by ripping up climate regulations it can be seen as “pro-environment” is beyond Orwellian in the extreme.

Environmentalists are equally outraged. David Doniger, director of the climate and clean air program at the Natural Resources Defense Council, told Bloomberg: “He’s trying to undo more than a decade of progress in fighting climate change and protecting public health. But nobody voted to abandon America’s leadership in climate action and the clean-energy revolution. This radical retreat will meet a great wall of opposition.”

“These actions are an assault on American values and they endanger the health, safety and prosperity of every American,” added Tom Steyer, the president of NexGen Climate: “Trump is deliberately destroying programs that create jobs and safeguards that protect our air and water, all for the sake of allowing corporate polluters to profit at our expense.”

Travis Nichols, a spokesman for Greenpeace, also added: “This proposed executive order gives us further proof that Trump isn’t a leader, he’s just a fossil fuel industry stooge with a presidential pen. Thankfully, for all his bluster, the best Trump can do is delay America’s inevitable transition to clean energy, but he can’t stop it.”

Indeed, as I pointed out yesterday, Trump has no clue about energy markets. The problem for Trump is not that coal produces too much carbon dioxide, but there is no market for coal anymore. Killing the Clean Power Plan will not bring back coal jobs that cannot compete with renewables or cheap fracked gas.

The simple fact that even Trump cannot twist is that the US government has sold just one coal lease since October 2012.  Coal is yesterday’s fuel, no matter what Trump tries to do. The industry has been in decline for decades, with fifty coal companies entering bankruptcy.

Indeed Tom Sanzillo, director of finance for the Institute for Energy Economics and Financial Analysis, told the Washington Post that the move “becomes a largely politically symbolic measure” as renewables and gas are out-competing coal. “They’re not going to reverse the fundamental economic law here,” Sanzillo said. “There’s no market signal that’s telling them they should be mining more coal.”

So as usual with Trump, chaos and confusion will reign.

And in typical Trump style, the sector that could suffer the most from the elimination of the Clean Power Plan is nuclear energy, which the President is desperately trying to promote.

So as usual with Trump by opening his mouth, he shoots himself in the foot.