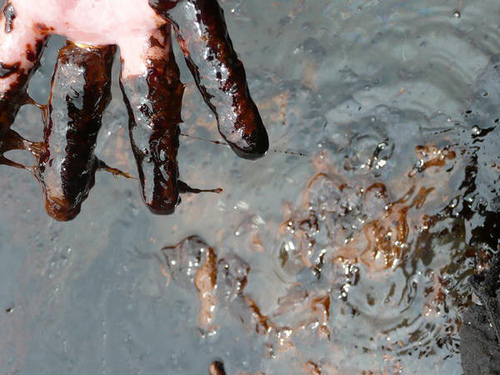 Earlier this week, the Guardian newspaper splashed a story about how, working with the Dutch online platform, the Correspondent, it had uncovered a 28 minute film, called Climate of Concern, which the oil giant, Shell made for public viewing about climate change in 1991.

According to the Guardian: “It warned of extreme weather, floods, famines and climate refugees as fossil fuel burning warmed the world. The serious warning was ‘endorsed by a uniquely broad consensus of scientists in their report to the United Nations at the end of 1990’”.

“If the weather machine were to be wound up to such new levels of energy, no country would remain unaffected,” the film said: “Global warming is not yet certain, but many think that to wait for final proof would be irresponsible. Action now is seen as the only safe insurance.”

There are countless reasons to feel angry at Shell’s stance. As solar pioneer, Jeremy Leggett, told the paper: “I honestly feel that this company is guilty of a modern form of crime against humanity. They will point out that they have behaved no differently than their peers, BP, Exxon and Chevron. For people like me, of which there are many, that is no defence”.

But the people of the Niger Delta have more reason to be angry with the oil giant than most. Because their country, especially the low-lying Niger Delta, has been affected more than most by global warming.

I and many others have criticised the company countless times over the last 25 years, predominantly about its collusion in human rights abuses, that led to the death of Ken Saro-Wiwa and other Ogoni, and ecological destruction as well as its actions on climate change.

The people of the Delta warned Shell at the time about climate change too. A memorandum produced by the River Chiefs of the Niger Delta and presented at the Earth Summit in 1992 in Brazil, warned about sea-level rise from climate change as well as subsidence caused by oil and gas operations.

Led by Chief Dappa-Biriye, who I had the pleasure of meeting in the nineties, the report stated: “If we superimpose the predicted sea level rise on the gradually subsidising Niger Delta (subsidence exacerbated by oil and gas extraction), the net effect is that within the next two decades .. .about a 40 km-wide strip of the Niger Delta and its peoples would be submerged and rendered extinct.”

The report continued: “Thus the very existence of the indigenous people of the Niger Delta and adjoining coastal zone is seriously threatened by environmental degradation caused by petroleum industrial pollution”.

Did Shell change its operations because of this warning. No.

Others were warning Shell too. Three years later, in 1995, World Bank specialist, David Moffatt and Professor Olaf Linden from Stockholm University, estimated that 80 per cent of the population on the Niger Delta would have to move because of climate change, with property damage estimated at $9 billion.

Did Shell change track because of this? No.

A decade later, in 2005, a “Scientific Symposium on Stabilization of Greenhouse Gases” was held in Exeter in the UK in the run up to Britain gaining the Presidency of the G8. One speaker was Dr. Anthony Nyong from the University of Jos in Nigeria.

He told the conference: “Global warming is already happening, with its impact being felt most by the world’s poorest people, particularly those in Africa. Climate data for Africa for the last 30-40 years shows that global warming has taken a firm hold.” He continued: “There will be more extreme events such as drought and floods, and the seasonal patterns will shift. Food production, water supplies, public health and people’s livelihoods are all being damaged and undermined”.

Did Shell listen? No.

Two years later, in 2007, a scientific paper warned that: “The Niger delta Coastal settlements, which are already under stress of demographic pressure and unsustainable oil exploitation, are equally under the threat of sea level rise. Global projections of sea level rise put the area under future inundation of up to 100km in land”.

Last October, the Foreign Policy website ran an article about how: “West Africa is Being Swallowed by the Sea”. Reporting from Fuvemeh, a small fishing village in Ghana, journalist Matteo Fagotto noted how “in the past two decades, climate change and industrial activity” have “accelerated coastal erosion here. Gradually but inexorably, the ocean has swallowed up hundreds of feet of coastline, drowning the coconut plantations and eventually sweeping away houses.”

He added: “Fuvemeh is one of thousands of communities along the western coast of sub-Saharan Africa, stretching more than 4,000 miles from Mauritania to Cameroon, at risk of being washed away. Spurred by global warming, rising sea levels are causing massive erosion — in some places eating away more than 100 feet of land in a single year.”

And the warnings keep on coming. Last year another paper warned of the “high vulnerability of Niger Delta to climate change”. I wrote about Shell and climate change last year on this blog.

I wrote: “For many people in the Niger Delta if they lose their homes to the rising waters, they will know that source of these rising waters is the oil giant Shell.” The “most sobering thought of all is that in another sixty years, large parts of the Niger Delta may not exist at all. It will have been swallowed by Shell’s sea.”

Of course Shell knew about climate change in the early nineties. It was repeatedly warned about it too. As Ken Saro-Wiwa once noted, instead of acting responsibly, Shell chose to inflict “genocide” against the people of the Niger Delta, instead. It has continued that path ever since, by continuing to burn oil and gas. And the rising waters of the Niger Delta are part of that crime.