Three weeks ago I was in Colorado walking up and down the streets of Denver talking to people about fracking. Trailing behind me were paid counter-protesters hired by the fossil fuel industry.

I was in Colorado helping to gather signatures for two important ballot initiatives. The first would place a setback limit on new oil and gas wells to make sure they aren’t placed near occupied structures (schools/houses) or substantial water sources. The second initiative would return control to local communities, letting them decide to ban fracking if they choose – a decision they aren’t currently allowed to make.

We gathered over 106,000 signatures on each measure, well above the 98,492 required to make it on the November ballot. But it wasn’t enough to beat the industry’s influence and yesterday it was announced both initiatives failed.

As with any ballot initiative, some signatures are ‘invalidated’ after being submitted for a wide variety of reasons: incorrect address, illegible handwriting, not being registered to vote. There’s still an opportunity to appeal the Colorado Secretary of State’s decision – I have my own opinions about the integrity of the validation process – but that’s not what this post is about.

Instead, I’m writing to describe what I saw on the ground: a multi-million dollar pressure and fear campaign directed against an incredible group of community leaders, activists, and concerned citizens who refused to back down, even in the face of intimidation and harassment.

With nothing more than clipboards and the truth, community members and concerned citizens were on the street canvassing every day to gather the required number of signatures for the ballot initiatives. With just weeks to gather tens of thousands of signatures, it was always going to be an uphill battle – and then the industry rolled up with a huge war chest full of millions of dollars to dump into their counter-campaign.

Having somebody trailing my every move with a sign was an incredibly uncomfortable feeling, especially when they would get between me and the people I was trying to have a conversation with.

In short, I saw good people fighting for communities versus the full weight of Colorado’s fossil fuel industry. This kind of harassment by massive corporations is happening all over the country, but it felt especially palpable in Colorado.

Despite the industry pressure, what has stuck with me these past few weeks is how terrified the industry was that we might actually succeed. They pulled out all the stops to make sure these ballot initiatives died quickly and vastly outspent us.

But we nearly got there anyway.

On the day the signatures were due, the energy was electric. And the faces of those paid by the industry were incredibly sour as we walked by them with box after box of signatures. We weren’t supposed to have gotten as far as we did. 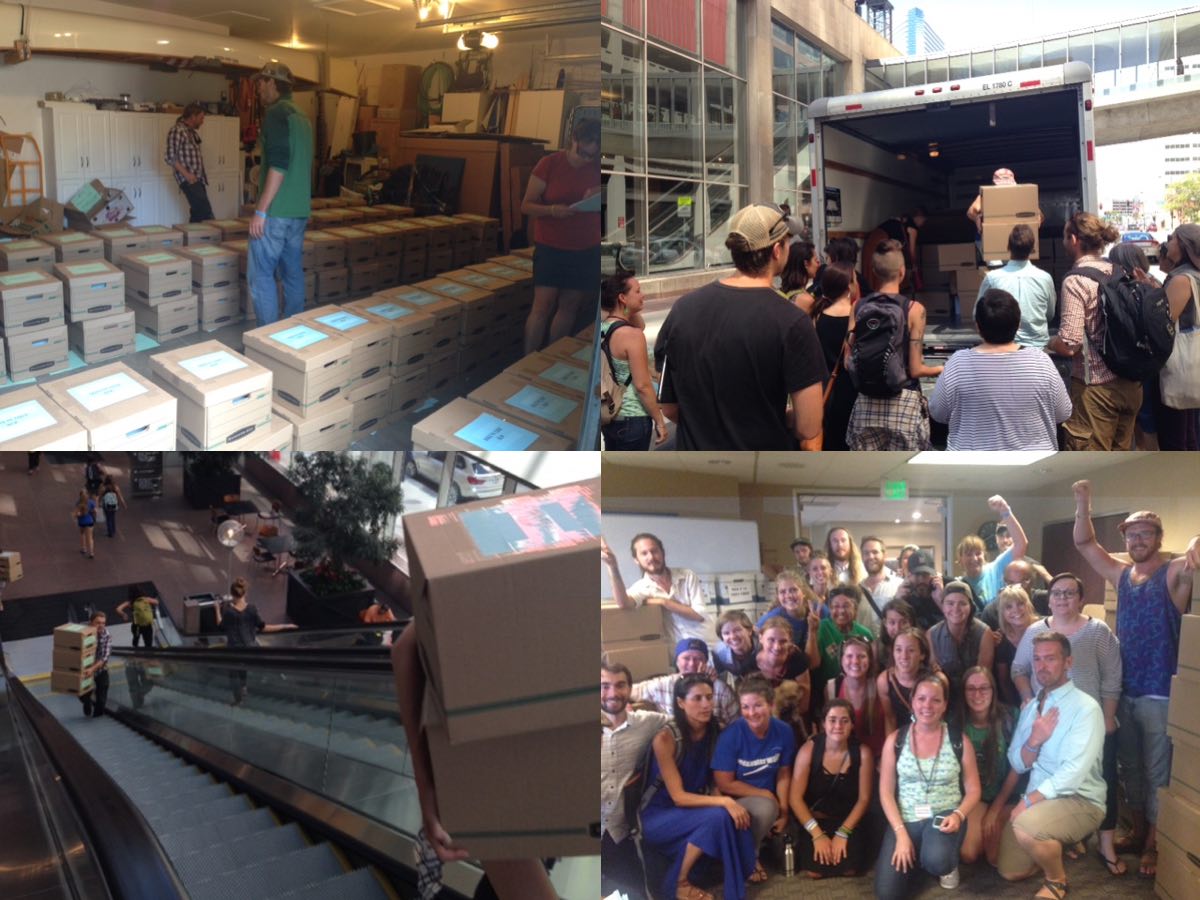 In the end, the ballot initiatives fell short, but we’re not letting up. This fight is far from over – something that’s evident with just a quick glance around the country. Whether it’s the Dakota Access resistance or frontline communities taking action to protect the Gulf, people are rising up in new and powerful ways.

The fossil fuel empire may have won this battle over the ballot, but our people-powered resistance is stronger than ever and we will win the war.