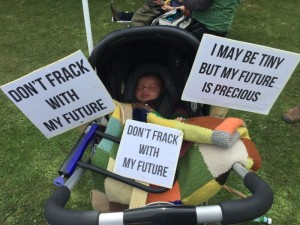 It will become a defining battle of our times. A Brexit-supporting billionaire, who until recently lived as a tax-exile in Switzerland, versus the people of Britain. And the battle will be over fracking.

Just as the shale industry has transformed the energy landscape of America, Jim Ratcliffe, who controls the $50 billion petrochemical giant, Ineos, is hoping he can do the same in the UK. And he is pouring millions of pounds into making it happen.

Whereas other fracking companies, such as Cuadrilla and Third Energy, have made the initial headlines with planning applications to frack in Lancashire and North Yorkshire respectively; Ineos has acquired the rights to frack over one million acres of land, mainly in Cheshire, the north Midlands and North Yorkshire.

And now it has been revealed that the company aims to lodge as many as 30 planning applications within the next six months. And that would just be the start.

Tom Crotty, a director at Ineos, told the Financial Times that the company hoped to start drilling in the north of England early next year, with the expectation of extracting gas in about 18 months. This means that suddenly 30 towns, villages or cities are going to finds themselves on the front-line of the UK’s fracking wars.

Given the population density of the UK, compared with the number of fracking wells the industry wants to drill, this can only lead to conflict between the industry and local communities. Indeed, opposition to fracking has grown in the UK over the last few years.

And given the widespread community opposition to every fracking wells so far in the UK, whether it be at Balcolmbe in Sussex or in Lancashire, Manchester or Yorkshire, Ineos can expect a hostile reaction. Indeed, later this month, campaigners will be holding the largest ever anti-fracking held in Yorkshire.

The political manoeuvring has already begun with Ineos moving its headquarters back to the UK from Switzerland. Inoes is hoping that even if local councils turn down the application, the government will overturn their decision, essentially making a mockery of local democracy.

A spokesperson for the company told the FT that “he was confident that recent changes to rules allowing ministers to intervene if local councils delay granting permission would finally lead to Ineos drilling test wells.”

And Brexit, which Jim Ratcliffe supported, may make it easier for the UK to back fracking. As Reuters reported last week: “Britain’s shale gas industry could get a helping hand from a falling pound and a supportive new prime minister just as it is gearing up for its first production this year”

Indeed, new Prime Minister, Theresa May, recently said: “I want to see an energy policy that emphasises the reliability of supply and lower costs for users”.

The company has been employing the controversial public relations company, Burson-Masteller, which has a history of working for despotic regimes and polluting industries, to lobby on its behalf in London.

One public Affairs manager from Burson-Masteller has called for “political courage” to beat local communities worried by fracking. In an article entitled “A nation of NIMBY’s?” they wrote:

“In the age of social media, well-funded and well-organised NGOs and campaign groups, it is all-to-easy for politicians to be cowed by those who shout the loudest. It is also possible to accept and appreciate the arguments put forward by the opposition, while acknowledging that the national interest is served by a braver, bolder decision.”

It is deeply troubling that one of the world’s largert PR companies – which is used to wielding huge amounts of hidden influence and access to our politicians – believes that it is in the “national interest” to frack across large swathes of the UK countryside, dismissing the concerns of millions of people in the process.