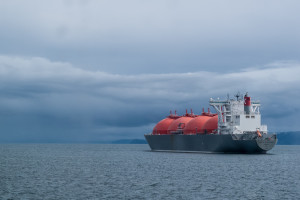 The oil industry is a market built on the old market fundamentals of supply and demand and the flux between the two will impact how much we pay for our oil or gas.

Supply and demand can play out at both an international and national level. The chaos in the industry over the last eighteen months has been driven by the boom in the US shale gas industry adding too much product onto a saturated market and OPEC refusing to cut production to compensate.

OPEC’s decision to keep the pumps pumping ultimately led to the crash of the oil price and huge pain for the US shale gas industry.

Today, Bloomberg reports on the latest forecasts from the International Energy Agency, the international energy watch-dog, that oil production from the Middle East has reached a record high, whereas US output has “slumped.”

In the US, meanwhile crude production fell by 220,000 barrels a day to 8.9 million a day in April, the biggest decline since 2008 as the price plunge impacted investment and drilling activity

In its monthly report IEA said: “When U.S. shale production was moving upwards very fast it became fashionable to talk of lower reliance on traditional suppliers”.

The Middle East’s resurgence is “an eloquent reminder that even when U.S. shale production does resume its growth, older producers will remain essential for oil markets,” the IEA added.

For those within the industry hoping for a resurgence in the oil price, the IEA warned that for the second quarter of this year, at least, bloated stockpiles “remain a dampener on oil prices.”

Although shale oil production may have declined, the huge boom in shale in the US means that the country will become a net natural gas exporter next year, according to the US Government, however.

This is the first time in sixty years that this has happened.

Speaking yesterday, as he released the latest national energy forecasts, Adam Sieminski, of the US Energy Information Administration, said:

“For the first time since 1957, the United States is on track to export more natural gas than it imports. This will occur during the second half of next year as more liquefied natural gas export capacity comes online.”

He added: “Although U.S. natural gas exports are increasing, there are still abundant supplies to meet domestic demand as natural gas inventories are expected to be at a record high for the start of the upcoming winter heating season.”

But as the US gears up to export gas, Sieminski is now under pressure from OCI and other environmental groups to explain how the country’s energy forcasts are consistent with climate science.

And exporting fracked natural gas from the US – a country where there is a chronic methane leakage problem from shale gas wells – will mean that the country fails that climate test.