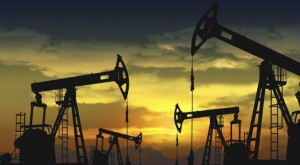 As the saying goes: the stone age did not end due to the lack of stones and the oil age will not end due to lack of oil. It will end due to climate change and the coming clean energy revolution.

And the end date could be nearer than you think. According to academics at the University of Sussex in the UK, our reliance on fossil fuels could be phased out within a decade.

Writing in the peer-reviewed journal, Energy Research and Social Science, Professor Benjamin Sovacool, Director of the Sussex Policy Research Group at the University of Sussex, believes that the next great energy revolution could take place in a fraction of the time of major changes in the past.

“Transitioning away from our current global energy system is of paramount importance”, the paper agues. But to do this it would take an unprecedented collaborative and interdisciplinary effort and massive political will.

Sovacool analysed energy transitions throughout history but his paper argues that looking backwards paints an unnecessarily bleak picture. For example, transitioning from wood to coal took between 96 and 160 years, whereas electricity took 47 to 69 years to enter into mainstream use.

But the current transition this time could be different. The paper says: “Indeed, although previous, historical transitions may have taken a great deal of time, the argument runs that we have learned a sufficient amount from them so that contemporary, or future, energy transitions can be expedited”.

His paper quotes ex-Vice President Al Gore saying that a complete change in energy production was “achievable, affordable and transformative” within the course of one decade.

Professor Sovacool argues that “The mainstream view of energy transitions as long, protracted affairs, often taking decades or centuries to occur, is not always supported by the evidence.”

He adds: “Moving to a new, cleaner energy system would require significant shifts in technology, political regulations, tariffs and pricing regimes, and the behaviour of users and adopters.”

“Left to evolve by itself – as it has largely been in the past – this can indeed take many decades. A lot of stars have to align all at once. But we have learnt a sufficient amount from previous transitions that I believe future transformations can happen much more rapidly.”

Most commentators believe that trying to transition away from fossil fuels within a decade would be near impossible, given the continuing investment by the oil, gas and coal industries and their financial backers in fossil fuels.

But times are definitely changing as an increasing number of commentators warn about the risks of climate change, stranded assets and the financial and ecological risks of carrying on investing in a products that is becoming riskier by the day.

One bank that has long been targeted by activists for investing in fossil fuels is the Royal Bank of Scotland (RBS). According to new figures released to the Guardian over the weekend, the bank has reduced its global lending to oil and gas companies and doubled its green energy loans in the UK to £1 billion a year.

From the beginning of this month, the bank stopped investing in the dirty Canadian tar sands. Last December the bank stopped lending to mining companies whose sole focus is coal. RBS’s move came quick on the heels of the Norwegian sovereign wealth fund which “dumped” 52 coal companies last week.

Luke Sussams, a senior analyst at the finance thinktank Carbon Tracker, told the paper: “It is encouraging that financial institutions are beginning to understand the risks posed to fossil fuels by the low-carbon transition. The true litmus test, however, will be if RBS holds to this lending trend if the oil price rebounds in the short term.”