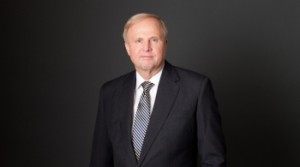 I want to tell you a story about a man called Bob.

Bob runs a large multinational oil company. His company has just recorded its worst ever record loss of $6.5 billion. He has sacked some 7,000 workers, ruining lives and ripping up livelihoods.

On its books Bob’s company has millions of barrels of oil that the company sees as assets but scientists warn will become stranded due to climate change. They will never be burnt, putting Bob’s company and its shareholders at risk.

Bob could help kick-start a clean energy revolution, but his company once rebranded itself to that effect, but actually just carried on drilling for oil regardless. Bob is ignorant to the risks of climate change, which are coming closer every day. Just this week, Peabody, the world’s largest private coal company filed for bankruptcy.

In Bob’s blinkered vision of more drilling for oil in frontier regions, he is putting the company at even greater financial risk, not forgetting he also risks despoiling some of the great ecologically sensitive areas of the world; such as the Great Australian Bight.

Bob’s company is also running scared from protesters who are kicking oil out the arts. Bob’s ability to greenwash oil is fast coming to an end.

In short, Bob looks like a man of yesterday, running out of time and ideas.

But Bob’s mates on the company board have agreed to give him a 20 per cent pay rise, so his pay packet is a whopping $19.6 million. This can only be seen as a grotesque reward for failure.

It is also one hundred and twenty five times -125 – more than the average person at the company is paid.

And the number of people who think it is outrageous is growing.

And today is showdown time.

Today at BP’s AGM in London, the oil giant faces a shareholder rebellion against awarding its CEO, Bob Dudley, a 20 per cent pay rise.

The company is so worried that it is said to be holding “last-minute talks with investors in an attempt to prevent a bruising confrontation.”

This will not stop some of BP’s largest shareholders voting against Dudley’s pay, arguing it is simply “rewarding failure”.

One investor in BP told the Financial Times: “This looks like rewarding failure when you consider that last year [BP] recorded a record loss. We will be voting against the company’s remuneration report and Mr Dudley’s pay.”

The group which represents 20 per cent of BP’s shareholders Institutional Shareholder Services, is recommending shareholders vote against.

Advisory group ShareSoc argues the pay packet is “simply too high” and accused the company’s remuneration policy of being “excessively complex”.

So too is Glass Lewis, as well as the influential British Institute of Directors in what is being seen as a “rare intervention on executive pay”. The Director General of the IoD said that Dudley’s pay package was “unjustified”.

BP responded how it always does, trying to make sense of a nonsensical situation, arguing its executives had “performed strongly.”

As well as being criticised for the so-called “fat cat” pay rise, investors are also set to criticise BP’s plans to drill in risky offshore areas such as the Great Australian Bight, just when we should be moving towards clean energy.

Phil Vernon, managing director of Australian Ethical Investment says: “The Paris agreement increases the imperative for oil and gas companies to urgently change their portfolios to reflect the shift to a lower-carbon mix. Directing capital to costly projects like the Great Australian Bight is high risk as the world moves to cut emissions.”

That is Bob’s story.