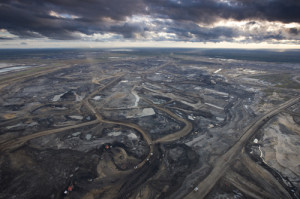 Now, for the bad news: unfortunately, even while increasing support for clean energy, the government failed to live up to its campaign promise to put an end to  polluting and wasteful fossil fuel subsidies. Not only is it a waste of Canadians tax dollars, but these continued subsidies threaten to undermine what otherwise looks to be a climate-friendly, forward-thinking budget.

It simply doesn’t make sense to allocate public money to tackle the climate challenge with your left hand while you fuel the cause of the problem with money from your right hand.

Trudeau’s first budget not only failed to tackle existing subsidies that they promised to end, but it even went on to introduce new handouts to fossil fuel producers, and doubled down on a big LNG subsidy introduced by the Harper government last year. This continued financial support for some of the most polluting, and most profitable companies in the world speaks loudly, and stands in stark contrast to Trudeau’s campaign promise to begin phasing out fossil fuel subsidies in line with a commitment Canada first made with other G20 government leaders way back in 2009.

We were not the only ones to notice that big oil got off easy in this budget when it came to subsidies. Business executives on Bay Street (Canada’s Wall Street) were pleased that Canada’s support for new oil and gas exploration remains in place, despite the fact that we already have far more fossil fuel reserves than we can safely burn. Other parties were quick to point out the Trudeau government’s broken promises. Elizabeth May, leader of the Green Party of Canada, noted that this budget “misses the mark” when it comes to elimination of fossil fuel subsidies. Other groups, including Clean Energy Canada, the Pembina Institute, the David Suzuki Foundation, and Environmental Defence also expressed disappointment in the lack of progress on fossil fuel subsidies in the 2016 budget.

This is a space where Canada could really stand out as a global leader. Unfortunately, they squandered the opportunity in this budget, but there is no reason they can’t now turn around and promise an ambitious phase-out by 2020. . G20 governments are kicking off discussions to finally set a deadline on their original promises to end these wasteful handouts, and Canada could step up and share a plan that sets an ambitious example for the world (rather than the backtracking we saw in the budget).

Nearly 5,000 Canadians have already signed a petition calling for this commitment, and this disappointing budget shows that to get action, we’ll need to redouble our efforts and push Prime Minister Trudeau, Minister of Finance Bill Morneau and Minister of Environment and Climate Change Catherine McKenna to keep their promises.

It’s important for the Trudeau government to understand that China and the US – the world’s two biggest economies – already made a big move last year, aiming to set a fossil fuel subsidy phase out deadline during China’s G20 presidency this year. If it’s true that “Canada is back” when it comes to climate change, the Trudeau government should step up and lead by example with an ambitious 2020 deadline to end these reckless handouts.

In budget 2016, the Trudeau government got it partly right in ramping up support for clean energy: the way to support Alberta in these difficult times is by putting our focus on meaningful economic and energy diversification. Look no further than Iron & Earth, a new initiative led by Canadian oil workers, that is calling on government to invest in training and skills development to help fossil fuel workers transition away from dirty energy production into clean energy jobs. Fossil fuel subsidies just locks us further into the volatile, boom-and-bust cycle of energy production.