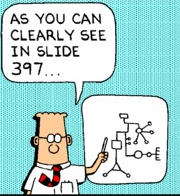 Another year and another Exxon energy outlook report reassuring the world’s energy wonks and policy makers that business as usual is here to stay. Should anyone be under the illusion that a clean energy revolution might be just around the corner, or that the world may just get its carbon emissions under control enough to prevent the kind of catastrophic consequences climate science has for decades been warning us about, worry no more. Exxon has the data and analysis that proves that we really are on the road to disaster.

This year’s Outlook for Energy from Exxon is, as usual, full of emphasis on the centrality of energy to modern life and the growth in energy demand that will come with rising incomes in emerging economies. Efficiency will improve and the carbon intensity of the global economy may be cut by 50 percent. Global greenhouse gas emissions may peak in 2030.

All well and good but even if you take the predictions at face value, and there are plenty of reasons not to, we face an irreparably altered climate if Exxon’s outlook becomes reality. A 2030 peak in global emissions is around ten years too late. If, as Exxon ‘predicts’, fossil fuels continue to supply 80% of global energy in 2040, we’re in big trouble.

Just like last year’s outlook, which we critiqued here, the analysis severely downplays growth in electric vehicles, solar and wind. All technologies that are a threat to Exxon’s business. Emissions reductions are primarily expected to come from a transition from coal to gas in power generation, which is a bet Exxon made in 2009 when it paid $41 billion for XTO, a company with massive fracked gas resources. Oil demand is expected to rise 20%, entrenching the position of Exxon’s prime product as the world’s most prolific energy source.

Do I sound cynical? Well someone needs to be, because the fact that these ‘predictions’ are made by one of the world’s biggest oil and gas companies needs to be front and center of any analysis of the conclusions.

ExxonMobil began publishing its energy outlook in 2005, on the initiative of the company’s public relations department. Its aim was to stress the centrality of fossil fuels, in order to weaken the myriad criticisms the company faced, not least the call for action on climate change.

According to Steve Coll’s biography of the company, Private Empire, the company identified as target audience a group it labelled ‘informed influentials’: policymakers, commentators, financial analysts and economists. Throughout the year, ExxonMobil presents its forecasts – as calm, objective analysis – in parliaments, universities, think tanks and banks.

The result has been to create a ‘fossil fuel fatalism’ – the idea that fossil fuels will inevitably dominate our energy mix for decades to come. A fatalism among policymakers and investors – that the problem cannot or will not be solved – provides an excuse for inaction, and a basis for cognitive dissonance. It is part of the reason governments continue to subsidize fossil fuel production, even while expressing concern about the threat of climate change.

It is a Fossil Fuel Fatalism we must do everything in our power to reject.