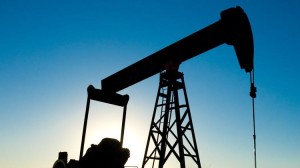 Some of the world’s best known oil companies, including Shell, BP, Statoil and Total, face the humiliation of having a ratings downgrade, the internationally respected ratings agency, Moody’s, has warned.

They are among 175 energy and mining companies whose ratings risk being downgraded due to the plunge in the oil price.

Moody’s ratings review is likely to be finished by the end of the first quarter and if it goes ahead it will be the largest single downgrade since the financial crash, nearly a decade ago.

Of these 175 companies, some 120 oil and gas companies face a downgrade, of which 69 are in the US. In America, some of the iconic names of the oil and gas industry are threatened including Schlumberger, which announced a staggering 10,000 job losses last week and Chesapeake Energy, the second largest producer of natural gas in the US.

According to Moody’s “these reviews reflect a mix of declining prices that are near multi-year lows, weakening demand and a prolonged period of oversupply that will continue to significantly stress the credit profiles of companies in the oil & gas sector.”

And the US shale industry is particularly vulnerable. The ratings agency added: “Multi-notch downgrades are particularly likely among issuers whose activities are centred in North America, where natural gas prices have declined dramatically along with oil prices”.

The proposed ratings downgrade would accelerate the “death dance,” which I warned about at the beginning of the month, as it means that downgrades increase the cost of borrowing, just at the time when the industry is struggling to re-pay its burgeoning debt. Indeed, Moody’s warns that many companies are now seriously struggling to find finance.

And the bad news keeps on coming. As the FT reports this morning: “The value of debt issued by junk-rated US energy companies has plummeted to the lowest level for more than two decades, sending a warning signal about the outlook for the North American oil industry.”

Bielenis Villanueva Triana, an analyst at Rystad Energy told the paper, that “This year in shale will be very hard.”

But it is not just in the US where the industry is in trouble. Even in mature areas like the North Sea, the plummeting oil price has been blamed for a sharp rise in the number of UK oil and gas companies going bust.

Research by accountancy firm Moore Stephens outlines how last year, 28 oil and gas service firms went bust, up from 18 the year before.

The Head of Restructuring and Insolvency at Moore Stephens, Jeremy Willmont, argues that “The pain caused by the oil price fall has translated into a rising tide of financial distress across the sector.”

And the pain could get even worse: The Royal Bank of Scotland is now predicting oil could go as low as $16 a barrel, whilst Standard Chartered predicts that it could even go as far as $10.