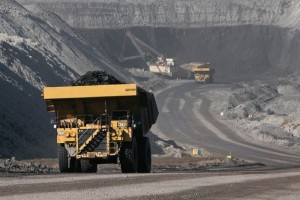 Every day, it seems, brings more bad news for the fossil fuel industry. The week started badly with the news that they US coal giant Arch Coal, which owns the world’s biggest coal-mining complex, was filing for bankruptcy.

This means that that over a quarter of American coal production is now officially bankrupt. The company is trying to somehow shed itself of a massive $4.5 billion of debt.

Yesterday came the news that some $400 billion worth of oil and gas projects had been delayed since the oil price crash. The amount of deferred capital spending has almost doubled since last summer, according to a report by respected consultants Wood Mackenzie.

And then later today the Obama administration is set to announce restrictions and modifications to new coal mining leases on public lands in the US, in a move that is being seen as shoring up Obama’s climate legacy.

The announcement could include a total ban on new leases or new strict rules and requirements. Even if there is not a total ban announced, other changes likely to be proposed are making coal companies pay more for the environmental damage of producing the coal.

The President had dropped a large hint in his last State of the Union address on Tuesday night, telling the audience that “Rather than subsidize the past, we should invest in the future — especially in communities that rely on fossil fuels. I’m going to push to change the way we manage our oil and coal resources so that they better reflect the costs they impose on taxpayers and our planet.”

There is no doubt this is a serious blow to the US coal industry, with an estimated 40 per cent of the coal mined on federal land, the majority in Wyoming.

The New York Times calls it a “significant setback” which effectively freezes “new coal production on federal lands and sending a signal to energy markets that could turn investors away from an already flailing industry.”

The move is likely to incense Republicans already seething over Obama’s executive moves last year to limit emissions of carbon dioxide under the Clean Air Act, and further ignite the extremely polarised debate on Federal control on public lands.

Nowhere is this battle more evident than in eastern Oregon where a self-styled militia have been occupying a government wildlife refuge building since early January.

It goes without saying that the coal industry is not best pleased with the proposed Obama announcement.

Luke Popovich, a spokesman for the National Mining Association said “It appears that they’re going after the federal coal leasing program with the intention of keeping coal in the ground.”

And keeping fossil fuels in the ground is what environmentalists and many scientists have been calling for, especially coal, the dirtiest of the fossil fuels.

But Obama’s announcement comes with the usual political caveats. Coal companies will be able to exploit current leases, which could mean production continues for a further 20 years or so, in which time a new American President could reverse the policy.