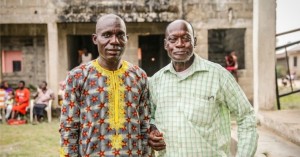 Veteran anti-oil campaigners were gifted an early Christmas present at the end of last week when a Dutch appeal court ruled that four farmers could sue Shell in the Netherlands for compensation caused by oil pollution on their land in Nigeria.

The landmark ruling is seen as a real blow to the oil giant which could now face what has been described as a “flood of compensation claims” due to its controversial Nigerian operations which have caused widespread pollution for decades.

The four farmers from Ken Saro-Wiwa’s region, Ogoni, had originally sued Shell back in 2008, backed by the Dutch branch of Friends of the Earth, asking for compensation for the damage done by oil spills over their heavily polluted farmland and fish farms.

In 2013, the farmers faced a severe setback when the lower court ruled that the parent company based in Holland could not be held liable for pollution caused by it Nigerian subsidiary.

However, the appeal court has now ruled that the Dutch courts do have jurisdiction and the full case will  be heard next year.

It also ruled that campaigners should have access to some of Shell’s internal documents relating to the case, which is seen as a further blow to the oil giant.

Channa Samkalden, legal counsel for the plaintiffs, was ecstatic: “This is in every respect a landmark case. This is the first time in legal history that access to internal company documents was obtained in court – an appropriate ruling, because these documents may contain important corroborating evidence regarding the oil spills caused by Shell affecting these farmers’ land and fishing ponds. This finally allows the case to be considered on its merits.”

One of the farmers, Alali Efanga, reacted to the decision by saying: “This ruling offers hope that Shell will finally begin to restore the soil around my village so that I will once again be able to take up farming and fishing on my own land.”

The case has massive legal repercussions for Shell in Nigeria as well as other Dutch companies operating abroad.

Geert Ritsema of the Dutch arm of Friends of the Earth, Milieudefensie, said: “There are 6,000km of Shell pipelines and thousands of people living along them in the Niger Delta. Other people can bring cases – that could be tens of billions of euros in damages.”

Campaigners like Ritsema now argue that the ruling paves the way for legal action against other Dutch multinationals too.

Ritsema argues: “There is now jurisprudence that means victims of human rights violations or pollution can sue Dutch multinationals in the Netherlands.”

And finally, as Nnimmo Bassey, the Nigerian poet and writer notes:

“Ken Saro-Wiwa must be chuckling at this turn of events. In his last testament before his execution 20 years ago, Saro-Wiwa declared that Shell will one day be in the dock. Now, the presence of Shell in the dock is not only happening but will pick up speed.”