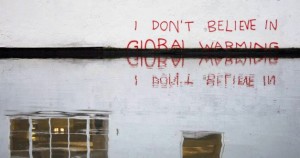 One of the most detailed studies of climate denial has concluded what many researchers have long known – that funding by the fossil fuel industry has created a corrosive “ecosystem of influence” on both the content and language of the climate debate, especially in the US.

The new scientific research, entitled “Corporate funding and ideological polarization about climate change,” was published this week in the Proceedings of the National Academy of Sciences by Yale University sociologist, Justin Farrell.

According to Farrell, the study offers “a new level of understanding about the role of corporate money in polarizing” the discussion on climate change.

Farrell examined two data sets stretching back twenty years including the social network of 4,500 individuals with ties to 164 think tanks and lobbying organisations which were climate sceptics or deniers.

The second data comprised some 40,785 articles, reports, blogs, policy statements and press releases on climate change produced by these organisations from 1993 to 2013.

“We’ve never had this level of data,” Farrell said. “The text analysis is entirely computational, and it shows an ecosystem of influence.”

And at the heart of this web of denial, as any seasoned climate sceptic-watcher will know are Exxon and the Koch Brothers, who were seen as “influential funders,” by Farrell.

“The contrarian efforts have been so effective for the fact that they have made it difficult for ordinary Americans to even know who to trust,” Farrell told the Washington Post.

In many ways the results are unsurprising in that those receiving backing from Exxon or Koch have consistently cast doubt on the science of climate change. The existence of corporate money “created a united network within which the contrarian messages could be strategically created” and spread, he argues.

Indeed, in the book, A Quiet Word, which I co-authored by Tamasin Cave, there is a chapter on how big oil used the tobacco industry’s industry delaying tactics on climate change. It gave one such example of the “echo-chamber in action.”

In the early nineties, one of the leading climate sceptic organisations in the UK, the Institute of Economic Affairs, produced a report: Apocalypse or Hot Air? In the chapter on climate science, the authors repeatedly referred to other climate sceptics to back up their argument.

Farrell argues that the Exxon and Koch-funded climate denial movement intended to create “ideological polarization through politicized tactics, and at the very most, at overtly refuting current scientific consensus with scientific findings of their own”.

The report is indeed timely, coming a week before the UN climate Paris talks and just weeks after the New York Attorney General announced it was investigating Exxon for misleading investors over climate science.

Robert Brulle, an expert on climate denial and a Professor of Sociology and Environmental Science at Drexel University who was not involved in the study, told ThinkProgress that the study “gives credence and empirical strength to the argument that ExxonMobil made a concerted effort to promulgate climate misinformation, which they knew from their internal research was false.”