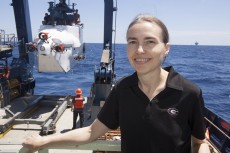 Once again the veterans of the Exxon Valdez have been proved right, after their warnings about the use of toxic dispersants during the subsequent Deepwater Horizon oil spill look to have been vindicated by new academic research.

In the immediate aftermath of the Deepwater spill in 2010, with the oil giant under unprecedented public and political pressure to clean up the vast spill, BP started spraying the ocean with the toxic dispersant Corexit.

At the time, I and many others warned that this could be counter-productive.

In May 2010, on this blog I quoted Riki Ott, a long-term critic of the oil industry and veteran of the Exxon Valdez disaster who cautioned against the use of Corexit and other dispersants.

Well it looks like Ott has been proved right and the 7 million litres of chemical dispersant applied in the aftermath of the spill may have done more harm than good.

It is worth remembering that Corexit was touted by BP and others as a crucial part of the oil industry’s response to the spill in that it was supposed to assist natural microbes break down the oil quicker.

Critics always pointed out that it was more about the industry trying to get the oil out of sight and therefore out of mind, rather than actually cleaning up the spill.

And new research, published in the Proceedings of the National Academy of Sciences, reveals that Corexit did not help microbes which break down the oil, and in some cases even “inhibited” an oil-eating bacteria and slowed its ability to degrade oil.

Samantha Joye, (pictured) a marine scientist from the University of Georgia, examined some 50,000 species of bacteria from the Gulf and how they reacted to oil, dispersants and Gulf of Mexico sea water in the lab. “The goal was to recreate the Deepwater plume as best we could,” says Joye.

She argues that no one at the time monitored the effects of the dispersant in the Gulf. And her research backs up Ott’s original concerns. “The dispersants did a great job in that they got the oil off the surface,” says Joye. “What you see is the dispersants didn’t ramp up biodegradation.”

Ironically the oil with no dispersant “degraded a lot faster than the oil with dispersants“, she argues before adding: “You could argue that it would have been better if we had left the organisms alone.”

Another scientist, Jack Gilbert from the University of Chicago concludes “this work is a wonderful proof of the inefficacy of [Corexit]. It’s also another example of why it is always better to test the microbial system you wish to exploit prior to widespread application of a compound.”

Indeed, Corexit was such a failure that a significant amount of the oil from the spill may still be on the sea floor. “We really can’t account for 24 to 55 percent of the oil. Where is it? I don’t know and it really bothers me” says Joye. “I suspect that some is in marshes, some is on beaches, and probably more than we think is on the seafloor.”

Joye has now cautioned against using Corexit in future: “Nobody wants to see oiled birds, turtles, and dolphins, but the bottom line is that if you disperse that oil, it’s still in the water. You feel better, but is it improving the situation? My gut instinct is that I would put my faith in the microbial communities to do their job.”