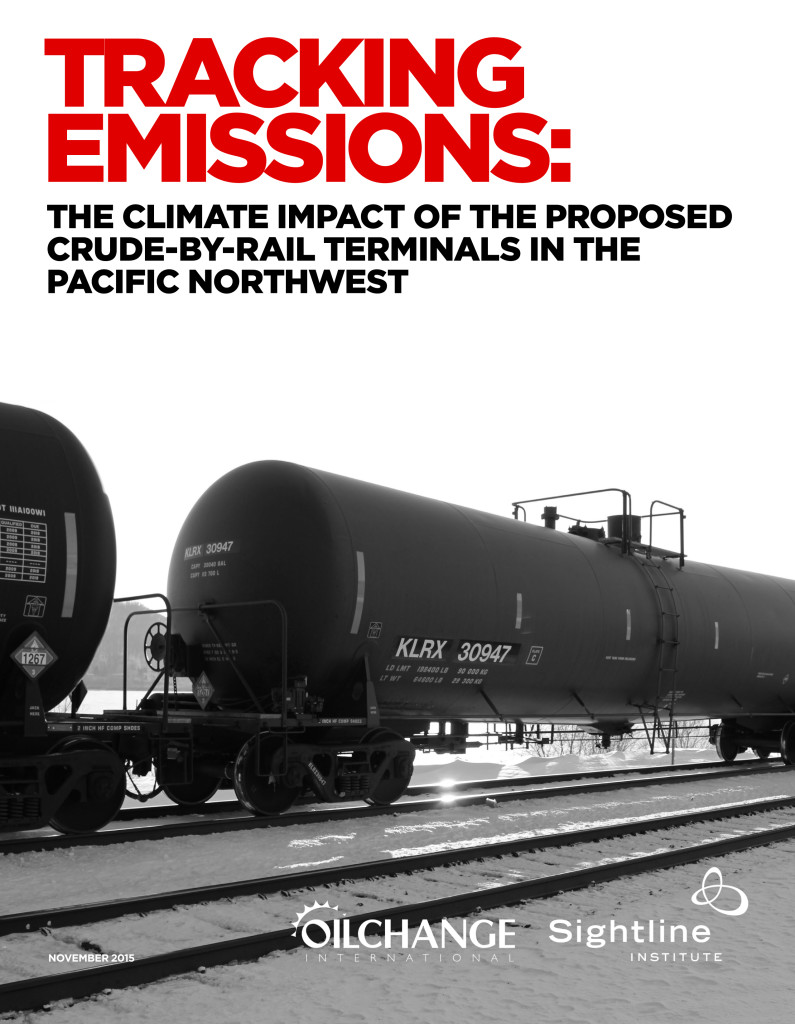 The states of Washington and Oregon are facing a quadrupling of their crude-by-rail terminal capacity to over a million barrels a day. This report examines the impact that expansion will have on unlocking carbon and thereby exacerbating climate change.

MORE OIL TRAINS, MORE OIL SHIPPING
Based on an economic analysis, we predict that the terminals would have high rates of utilization compared to unloading terminals elsewhere, which are often used at a fraction of their full capacity. We estimate that: