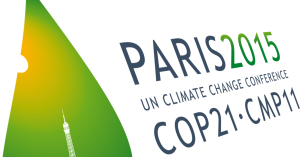 To start with one huge, massive, significant step forward. Victories do not come sweeter than this. After years of campaigning by millions of people from grass-roots activists, First Nations, farmers and ranchers to environmental groups such as Oil Change International (OCI), Sierra Club, 350.org and many others, President Obama announced on Friday that the controversial Keystone XL (KXL) pipeline is dead.

For months speculation had been growing that, after years of debate of the pros and cons of building the pipeline which would carry dirty tar sands from Canada to the US, the President would reject it. As others have pointed out, this was not a moment of green rashness on the President’s behalf: “Obama’s decision to reject Keystone was years in the making”.

It is worth remem 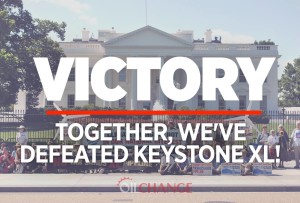 bering that this was a long-fought slog of a battle, that at its beginning many thought was not winnable. The fight goes back to 2008, when not many people even heard of the KXL pipeline.

Influential commentators argued the pipeline was a done deal; sections of the press labelled it “inevitable” that the pipeline would be built. The campaign to stop it was dismissed as a lost cause.

And yet, after years of relentless and selfless campaigning, a disparate band of activists, farmers, ranchers, First Nations and millions of other so-called “pipeline fighters” made the battle over KXL the “the biggest environmental fight of the decade,” according to Bill McKibben, co-founder of 350.org.

By 2011, the issue had been ratcheted up the US political agenda with Obama finally conceding that KXL would not be approved if it “significantly exacerbated” carbon dioxide emissions.

And it is Obama’s legacy on climate that is at the heart of the decision on KXL, coming just weeks before the crucial climate talks in Paris. “America is now a global leader when it comes to taking serious action to fight climate change,” said Obama on Friday in his rejection speech. “And frankly, approving this project would have undercut that global leadership.”

In killing the pipeline Obama hopes he can breathe new life into the Paris negotiations. It also gives Obama’s green credentials a significant boost. Indeed those leading the anti-KXL movement were quick to praise Obama. Bill McKibben from 350.org said the Keystone rejection gives Obama “new stature as an environmental leader.”

Michael Brune, the executive director of the Sierra Club, and board member of OCI, also agreed arguing that “This is the last but also the biggest card that the president could play to compel other world leaders to take strong action in Paris next month.”

This point was not lost on the mainstream American media, with the Washington Post arguing that the KXL rejection is likely to give the Paris talks “major momentum — especially at their opening.”

Forward step two. For years a small group of activists, researchers, and academics have been documenting the climate denial movement that has centred around Exxon and the Koch Brothers and a myriad of right wing think tanks in the US and internationally.

Many of these people researching climate deniers were loosely involved with Greenpeace US, which released the ground-breaking Exxon Secrets data-base before turning their attention to the Koch denial machinery, but also others of note include the Union of Concerned Scientists; Sourcewatch; Desmogblog as well as academics, such as Naomi Oreskes, who wrote the wonderful Merchants of Doubt, as well as Michael Mann, the climate researcher, who himself has been on the frontline of the climate wars.

Their research was built on by others such as InsideClimateNews and the Los Angeles Times.

All this painstaking research finally paid off last week, when the New York Attorney’s office announced that it was investigating Exxon, demanding extensive financial records, emails and other documents from the company as to what it knew about climate change, compared to what it told share-holders and the public.

Indeed of the two announcements, Bloomberg argues that the investigation of Exxon could have more far-reaching political, financial and policy implications compared to Obama’s KXL rejection.

It could not only hit the pockets of Big Oil, but also who they fund in the run up to next year’s US presidential election. “Alleged disinformation by oil companies has long been compared to the actions of big tobacco, which eventually agreed to pay hundreds of billions of dollars in settlements,” argues Bloomberg. “At a minimum, the probe could put a chill on anti-climate change funding during a critical U.S. election year. “

You should not underestimate these huge victories – firstly in the way that it will give Paris real momentum but also in the way it sends shockwaves to Big Oil that the days of funding climate denial with impunity are over.

Both wins are huge, huge victories for the environmental movement and those who care about climate change.

But no one is naïve enough to think that the victory is permanent. As many people have noted since Friday the next US President – if a Republican – could reverse the KXL decision.

It goes without saying that the politicians in power in the US will have a massive influence on energy policy and climate change for the foreseeable future.

It is the same in the UK, where the country has just taken a massive step backwards on energy policy since the last General Election. As I pointed out last month, the UK Government is rapidly destroying the UK’s solar and wind industry at the same time as promoting fracking.

Such is the scale of the reduction in subsidies on solar, that even the official climate change advisor to British Prime Minister, David Cameron has warned that the government is “clearly failing” in key policy areas such as on renewables.

Yesterday the Government’s record was lambasted by the Observer newspaper in an editorial: “Since the election, the government has performed a series of dizzying U-turns on its green policies. It has announced cuts to subsidies for onshore wind and solar energy; scrapped the zero carbon homes standard; ended the green deal for home insulation; and reversed its promise to exclude national parks from fracking”, said the paper.

It finished by outlining how the timing of the cuts “could not be worse, with global leadership more important than ever in the lead up to Paris,” before warning that “Our lack of leadership to slow global warming is not just bad for our planet’s climate – it is bad for our long-term national interest.”

What all this tells you is that hard-won victories, fought with blood seat and tears by ordinary people, can be changed in the instance of a political pen.

However, what we also know is that the KXL fight has shown is that protesting does work: People power can win improbable political battles.

But you have to mobilise. This weekend, OCI and others, are demanding our leaders live up to their commitments on climate change, especially in relation to stopping fossil fuel subsidies. For more info on this go here.

And later this month, on November 28-29, the weekend before the huge climate summit gets underway in Paris, there is a huge global weekend of action on climate change.

As 350.org say: “The message is simple: Turn off the dirty, dangerous fossil fuel economy, and turn on a just transition to 100% renewable energy. The people demand nothing less. Be part of it”.