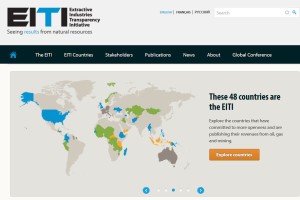 In an unprecedented move, some 1,000 organisations working on climate change, indigenous rights and transparency, have written to the Extractive Industries Transparency Initiative (EITI) criticising it for failing to address the risks posed by climate change.

The strongly worded letter outlines concerns surrounding “specific inadequacies with the EITI’s principles, standards and procedures in the context of their failure to take into account climate change impacts, and the consequences of necessary legal and policy reforms and associated risks to the fossil fuel industry.”

The letter, which is being coordinated by Oil Change International, Heinrich Böll Foundation and Climate Justice Programme, is being sent just weeks before the crucial Paris UNFCCC Climate talks and is intended to put pressure on the EITI’s upcoming Board meeting, which is being held next week in Switzerland.

Although not a household name, the EITI is incredibly important as it seeks to be a global standard intended to promote open and accountable management of natural resources such as fossil fuels.

It currently has some 48 implementing countries and engages with the biggest fossil fuel companies in the world. Shell, BP, BHP Billiton, Rio Tinto, Exxon, Chevron, Statoil and Total are all represented on the EITI’s international Board.

The groups outline how the urgent need to address climate change is having a profound impact on national and international policy around the world, and that the EITI needs to play catch up to address risks relating to global warming.

The 1000-plus groups are arguing that global reporting standards for extractive industries – such as those of the EITI – must significantly increase levels of transparency from fossil fuel companies about the future viability of their oil, coal and gas projects in a warming world.

“We call on the EITI to modify its standard to ensure that fossil fuel companies disclose whether or not projects can proceed in a 1.5 or 2°C world”, the letter says, which is also being published in German and French. It goes on to state that:

“We consider that the current framework contains a number of shortcomings and that improvements should be made to ensure the initiative reflects the legal and economic realities of climate change in order to remain relevant in a rapidly changing geopolitical environment.”

The civil society organisations are calling for an overhaul of the EITI’s policies on climate risk and are calling for the development of a new principle for the EITI “focusing on the special and unique position of the fossil fuel sector within the broader extractive industries in the context of climate change”.

“There is no question that it is past time for the EITI to consider the climate implications of its work,” argues Stephen Kretzmann, Executive Director of Oil Change International.

He adds “An EITI that doesn’t cover climate is like a Health Commission looking at smoking, and ignoring cancer. If the EITI wishes to remain relevant in policy circles, it should move quickly to make climate risk a central part of its mandate.”

The initiative is welcomed by those who analyse the risks faced by fossil fuel companies in a carbon-constrained world.

Mark Campanale, Executive Director of the Carbon Tracker Initiative said: “At the heart of the business model of fossil fuel extractive companies is the presumption that all known reserves are there to be developed and burnt”, before adding: “Extractive fossil fuel companies should now disclose how their business plans are compliant with a 2 degree future and how they will properly manage their inevitable contraction.”

Others also welcomed the move: Naomi Klein, author of This Changes Everything and The Shock Doctrine added: “For the fossil fuel industry, there can be no transparency without a full airing of how its business model risks locking us in to catastrophic warming. This letter outlines a wide range of concrete steps that would further public debate about the dangers of continued carbon investment and how to stop it.”