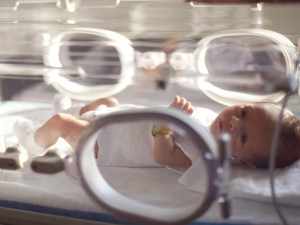 One of the communities in the UK on the front-line of the fracking debate will have the chance to quiz their local Conservative MP, as well as representatives from various leading regulators, on the dangers posed by shale gas at a public meeting this evening.

But it will be a highly stage-managed affair, with the audience being vetted, questions submitted in advance and the participants having to live locally.

It is all part and parcel of the Tories’ public relations campaign to persuade this proud rural community to allow fracking in their beautiful back-yard.

The local community have fought a long campaign against Third Energy from fracking at Kirby Misperton, in the district of Ryedale in North Yorkshire. Indeed, last week the local District Council voted for a five-year moratorium on fracking. 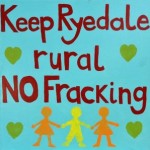 Despite this the industry is determined to frack. As part of this pro-fracking push, their local MP, Kevin Hollinrake, has also just returned from what he is calling a “fact-finding” mission from the US.

During his trip Hollinrake visited Pennsylvania, where he was said to be “shocked” by what he saw about the lack of regulatory oversight.

Hollinrake argues: “We have good regulations in this country and many of the problems encountered in America would not be allowed to happen here.”

But that is an assurance that is deeply flawed. Even with a different regulatory environment in the UK, increasing sicentific evidence suggests that the Conservative’s rush to frack will only cause significant environmental and human harm.

Hollinrake was accompanied on his trip by his wife, Nicky, who is quoted as saying: “We’re both parents of four children, so it’s quite important we get a safety angle on this,” she says.

Despite comments like this, the Conservatives are ignoring the rising body of research revealing the extent of the harm to humans from fracking.

The latest research was published last week and is deeply concerning.

It comes from Pennsylvania.

The research published by Johns Hopkins Bloomberg School of Public Health suggests expectant mothers who live near fracking wells are at an increased risk of giving birth prematurely and for having high-risk pregnancies.

This is a designation that can include factors such as elevated blood pressure or excessive weight gain during pregnancy.

“The growth in the fracking industry has gotten way out ahead of our ability to assess what the environmental and, just as importantly, public health impacts are,” argues study leader Brian Schwartz, a Professor in the Department of Environmental Health Sciences at the Bloomberg School.

Shwartz adds: “More than 8,000 unconventional gas wells have been drilled in Pennsylvania alone and we’re allowing this while knowing almost nothing about what it can do to health. Our research adds evidence to the very few studies that have been done in showing adverse health outcomes associated with the fracking industry.”

Schwartz also warned that all the research on fracking reveals harm which should ring alarm bells for British politicians and regulators.

“The first few studies have all shown health impacts,” he says. “Policymakers need to consider findings like these in thinking about how they allow this industry to go forward.”