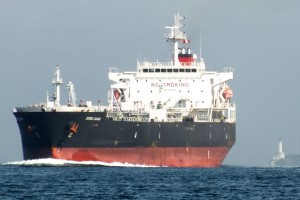 Just as the Republicans seemed to be gaining a head of steam in their efforts to overturn America’s decades-old crude export ban, the White House has announced it would veto any proposals.

In a statement the White House said about the 40 year-old ban, which the oil industry and its allies have been lobbying hard to overturn, that “legislation to remove crude export restrictions is not needed at this time.”

And in a dig to the Republicans the White House added, in a “formal statement of administration policy”, that rather than doing what the oil industry wants, “Congress should be focusing its efforts on supporting our transition to a low-carbon economy.”

The White House added that this could be achieved “through a variety of measures, including ending the billions of dollars a year in Federal subsidies provided to oil companies and instead investing in wind, solar, energy efficiency, and other clean technologies to meet America’s energy needs”.

Although opposition from the Obama Administration was expected, the robustness of the statement surprised many. Indeed the Fuelfix website added that Obama’s stance “could stiffen the resolve of some Democrats — including lawmakers from Texas — who were leaning toward a ‘no’ vote but facing intense pressure to support liberalized crude trade.”

The measure, known as HR 702, is due to be debated in the House floor this week, is a top priority for oil companies fighting to dismantle the 40 year-old ban.

Recently the lobbying has intensified. For example, one industry lobby group Producers for American Crude Oil Exports (PACE) has bought television adverts in nine US states, including California, Florida and Texas, urging people to call their representatives to support Resolution 702.

Elsewhere right wing think tanks have been lobbying hard too. One commentator from the libertarian Cato Institute wrote on Reuters two days ago that Congress “must seize” the opportunity to lift the ban which “would not only be good for the economy, it could also benefit U.S. foreign policy.”

Such lobbying had helped give Bill 702 momentum, with one commentator arguing earlier in the week that it had become the “fastest-moving legislative train on Capitol Hill.”

But Obama’s veto threat looks like it could force the bill into the political sidings.

He is not alone in pushing for a no vote either. In a separate development yesterday, the League of Conservation Voters, which every year details the voting records of members of Congress on environmental legislation, wrote to members of Congress “urging” them to vote no on HR 702.

The letter said “repealing the restrictions on exporting crude oil overseas undermines our twin commitments to energy independence and climate action,” before adding: ““This legislation amounts to a massive giveaway to Big Oil at the expense of American consumers and is on top of the billions that the industry already receives each year in permanent taxpayer subsidies.”

The LCV then said that how politicians voted would be recorded in this year’s scorecard.

The LCV is not alone wanting the ban to stay in place. Oil Change International (OCI) has long argued that the ban should stay, as has the Sierra Club.

Writing earlier this week, Sierra Club Director and OCI board member, Michael Brune argued that the “Lifting of the crude oil export ban would not only threaten our environment and climate, though it would also hurt our workforce”.

He argued that “Congress should listen to the American people rather than its friends in the oil industry and leave the crude oil export ban in place.”