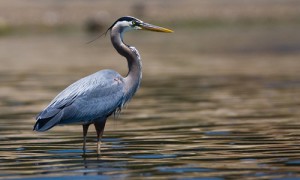 The debate about the tar sands often centres on the global impact the dirty fuel has on the climate.

There is a tendency to forget about the day to day poisoning of the local people and wildlife.

This constant pollution will happen away from the headlines and the watchful eye of journalists or activists.

Wildfowl is often the victim but only occasionally does it make news.

In 2008 1,600 ducks died after landing on a Syncrude toxic tailings pond in northern Alberta, for which the company was subsequently fined C$3 million. The case caused international outrage over the ecological impact of the tar sands.

Two years later, over 550 birds had to be destroyed after they landed on tailings ponds belonging to Syncrude and Suncor. But the companies were not charged as bad weather was blamed.

Tar sands operators also escaped punishment last November, when Alberta’s regulator cleared them of responsibility for the deaths of 196 waterfowl that drowned on their toxic tailings ponds. Once again poor weather, rather than poor industry practice, was blamed.

But now we have another episode. Over the weekend the Alberta Energy Regulator announced it responded to reports of some 30 blue heron fatalities on the Syncrude Canada Mildred Lake tar sands mine site north of Fort McMurray.

An investigation into the deaths of the birds is now underway. The birds started to be found at the middle of last week. One was initially found alive, but had to be put down. The rest of the dead birds were found in a run-off pond.

The deaths of the birds – as well as last month’s Nexen Energy Spill, which I wrote about here – reflect the urgent need for greater regulatory oversight, according to First Nations who have been fighting the tar sands for years.

“In less than one month, we have seen two major events that clearly demonstrate that something is seriously wrong,” said Allan Adam, chief of the Athabasca Chipewyan First Nation.

He added: “These incidents, and the countless more seen in recent past, are contributing to the degradation of the local ecosystems and the treaty and aboriginal rights of nations in the region.”

It will be interesting to see if the regulator actually takes action this time.