When in a hole, stop digging – so the saying goes. When it comes to climate, we’re all in a deep hole, but who’s doing the digging? New analysis by Oil Change International shows that when it comes to increasing the pool of unburnable oil reserves, it is private oil companies that have been digging the deepest – rather than the state-owned giants of the Middle East, see Figure 1. 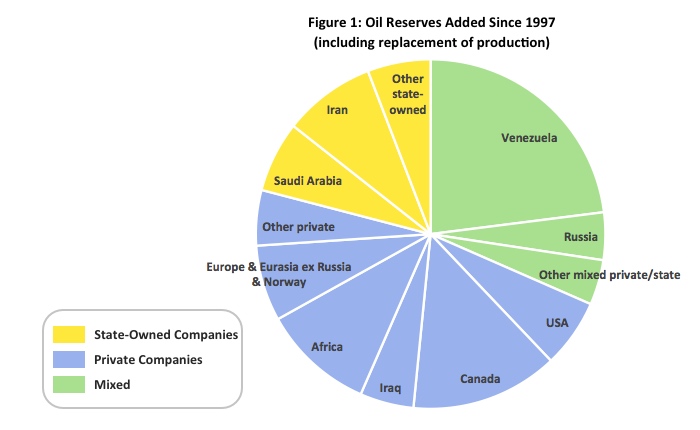 A Greenpeace report in 1997 was the first to demonstrate that known fossil fuel reserves greatly exceeded the available carbon budgets for avoiding dangerous climate change. The conclusion was clear: that companies should stop looking for new reserves, and even existing reserves could not all be burned. So what has happened since then?

Although coal represents the largest share of reserves in terms of potential emissions, it is oil reserves that have expanded the most. In fact, even though nearly half of the oil reserves known in 1997 have since been extracted and burned, twice as much new oil has been found – so now oil reserves have actually increased. Meanwhile, as the atmosphere has filled up with CO2, the remaining carbon budget is now much smaller, see Figure 2. 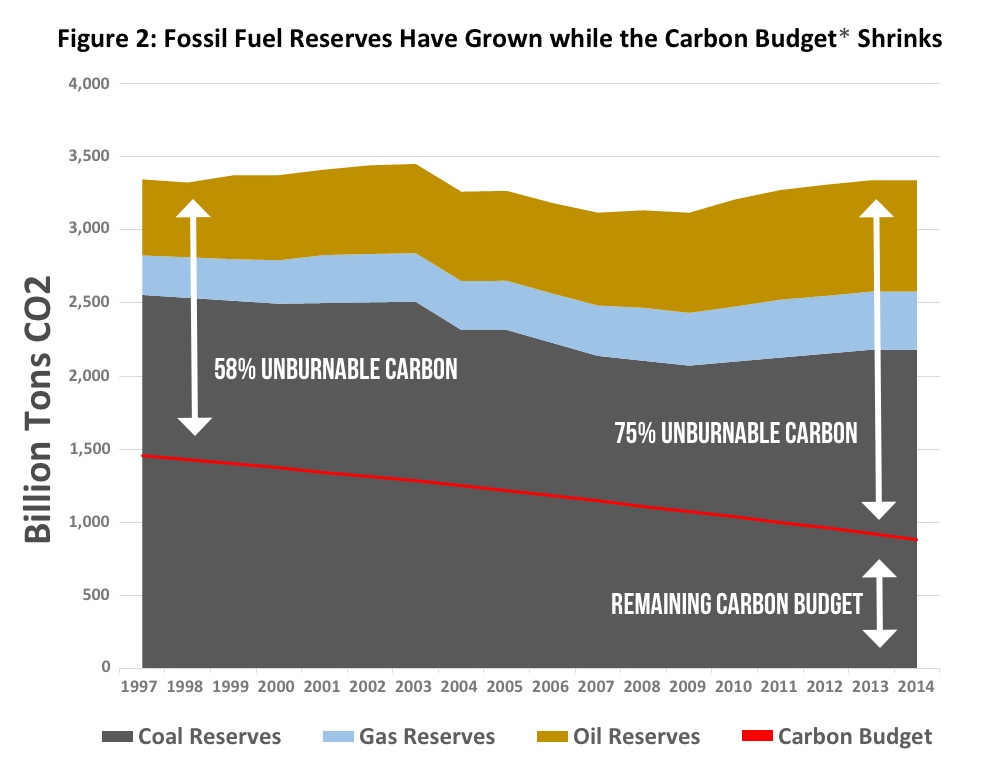 It is commonly pointed out that more than 70% of the world’s oil reserves are held by state-owned companies such as Saudi Aramco or Kuwait Petroleum. So, some argue, we shouldn’t be so worried about private companies like Shell or ExxonMobil.

Our new analysis shows the limitations of that view, by looking at who has added reserves. We used data from BP’s Statistical Review of World Energy, which provides data on reserves and production by country. We calculated the total oil reserves additions for each country since the start of 1998 (including replacement of extracted oil), then allocated these either to private companies, state-owned companies or a mixture (see notes on methodology, below).

The most important additions by private companies were in Canada’s tar sands (14% out of the 48%), in Africa (11%), in Europe/Eurasia (7%) and in the USA (6%). Over the last three years, the USA has added the largest amount to reserves of any country (17% of the world’s total), largely due to fracking.

The largest additions overall since 1998 were in Venezuela’s Orinoco heavy oil, with 23%, accounted for by a mixture of private and state-owned companies. As yet though, hardly any of these reserves have been developed, due to shortages of technical capacity.

Just 20% of the additions were in fully nationalized countries, primarily Iran and Saudi Arabia.

We are developing this analysis further to pinpoint which specific private companies have been most aggressive at acquiring new reserves. This could have a bearing on any future litigation over climate liability, putting the central responsibility on many of the companies that are household names in Europe and North America.

Our criterion for judging who added the reserves was not who owns financial stakes in the fields (which is what companies report) but who is providing the technical expertise and making management decisions.

We treated a company as state-owned if a government holds the majority share in it.

We allocated countries’ reserves as follows: 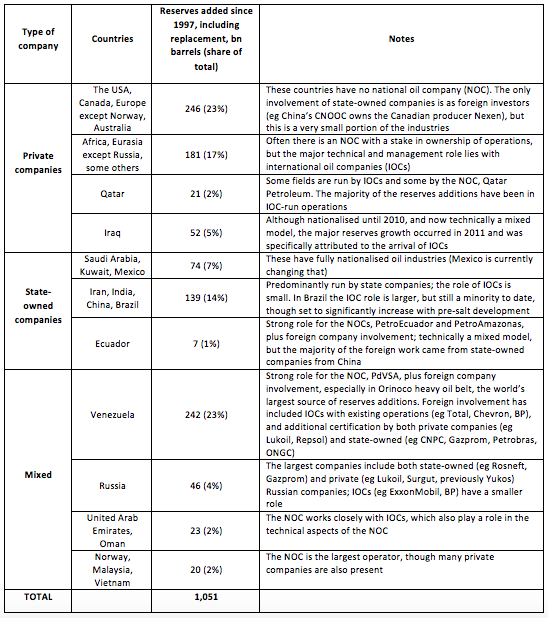