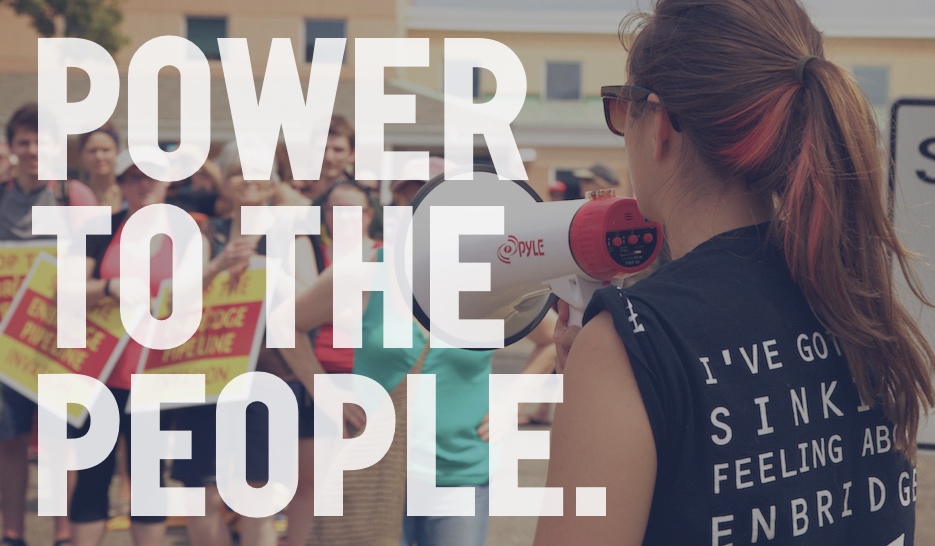 This past week has been beyond inspiring – #RememberTheKalamazoo, the #ShellNo blockade in Portland, the Movement for Black Lives Convening (#M4BL) in Cleveland, the #NoKXL resistance ride and march in South Dakota, and the newly launched #MidwestUnrest action happening at the end of August.

A lot needs to change and people everywhere are making it happen.

On July 25th, I was in Battle Creek, MI along the banks of the Kalamazoo River, with hundreds of new friends and allies for #RememberTheKalamazoo. It was a beautiful, harrowing, and uplifting day full of powerful moments.

Five years ago the Enbridge pipeline company spilled over a million gallons of tar sands into the Kalamazoo River. Since then, Enbridge has been hard at work making sure as few people as possible know what happened and the devastation it caused to the local community.

Here are a few quick facts about the tar sands spill Enbridge would rather we all forgot:

The people along the Kalamazoo River, not to mention all the wildlife, are still living with the impacts of this spill that far too few people have even heard about.

The #RememberTheKalamazoo program of events on Saturday started with a beautiful water ceremony and water walk along the Kalamazoo River led by local native elders. From there, hundreds of people gathered at the Battle Creek community center where local speakers and workshops helped build regional power and awareness about the threat tar sands pose.

At the 5-year mark, the simple act of remembering and listening to the stories of those impacted is itself a form of resistance.

In addition to the speakers, taped to the windows of the community center were personal stories that spoke volumes.

The feeling of fear and control Enbridge has exerted over the entire region was palpable throughout the day. Local residents have had to fight to have their stories heard and many have been silenced by non-disclosure agreements in exchange for the compensation needed to try and deal with the oil spill’s impacts.

This was the harrowing part of the day. The idea that five years later, these people still don’t have justice is heartbreaking. And there are thousands upon thousands of folks living on the front lines of oil extraction around the country with similar stories.

It’s no surprise Enbridge wants to control the situation. With a market cap of $37 billion dollars – and many dangerous tar sands projects in the works – Enbridge has a lot to lose if word got out about the devastating consequence of the Kalamazoo River spill.

The day’s events continued once the water walkers arrived at the community center (after many miles spent along the river). Over 200 people then lined up and marched to the Kalamazoo River. The march there was done in complete silence, and it seemed the town around us joined in the silent vigil. But on the way back we made it clear we aren’t going to remain silent and broke out in song and chant and cheer. 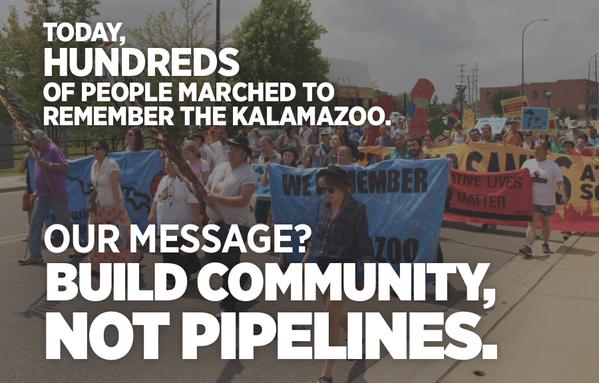 #RememberTheKalamazoo was an important moment to reflect on what happened and redouble our efforts to make sure nothing like it ever happens again.

The story of #RememberTheKalamazoo is a full one in and of itself, but the energy and passion of young people continues to grow. After a full day of activities, work immediately began on what’s next.

On Sunday, July 26th, a group of midwest youth and students officially launched #MidwestUnrest, a call to action against the Alberta Clipper tar sands pipeline expansion. They’ll be taking the fight to Secretary Kerry’s front door in Washington, D.C. on August 25th. You can find out more about it here. 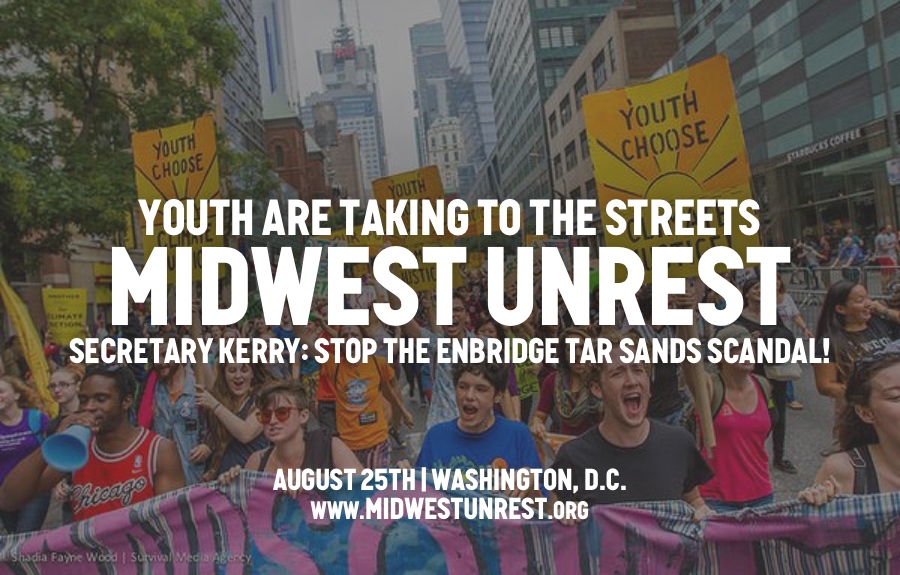 While supporting #RememberTheKalamazoo and #MidwestUnrest I was in awe of the unrelenting stream of inspiration pouring in to my inbox and social media feeds – and it hasn’t let up all week.

This is the movement I’ve been waiting for. One not afraid to take risks, one that stands in solidarity with those living the consequences of our fossil fuel addiction, and one that is fighting against the systems of oppression holding us all back from a fairer, more just world.