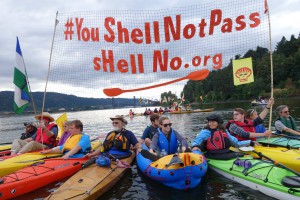 The extent that the low oil price is causing havoc with the capital spending plans of Big Oil has been examined by one of the world’s leading energy companies, Wood Mackenzie.

And according to their calculations, the world’s largest oil and gas companies have shelved $200bn of spending on some 46 large oil and gas projects, since the recent oil price plunge.

This makes grim reading for any oil executive. Only two months ago, another respected consultancy, Rystad Energy, estimated that some $118 billion of projects had been put on hold. The news gets worse by the day.

The continuing low oil price means that oil the majors – including BP, Shell, Chevron and Statoil – are postponing high-cost production plans whilst they wait for costs to come down.

“The upstream industry is winding back its investment in big pre-final investment decision developments as fast as it can,” Wood Mackenzie argues in its report, which is released today. “This is partly because it is one of the quickest ways to free up capital in response to low oil prices.”

In heated board-rooms, oil executives are now ripping up long-established investment plans. The $90 break even point for new ventures has long gone. The new cold reality is that a break even point of $60-70 is the new low oil price order.

And as one columnist in the Financial Times remarks today, “If Brent, the international price benchmark, fails to recover from $55 a barrel, even that may not be low enough.”

As the majors abandon risky expensive projects such as deep water and the tar sands (the latter accounting for almost 30 per cent of deferred reserves), there is one risky project that one belligerent oil company is carrying on regardless of the financial and reputation risks: and that is Shell and the Arctic.

Given the low oil price, the threat of climate change, the fact that drilling in the Arctic is financially risky, and ecological madness as you cannot adequately clean up any oil spill, Shell’s Arctic folly does not make any rational sense.

One ex-industry insider took note with Shell’s current widom of its three “big bets” last week in the FT: buying BG Group, the Arctic and a tie-up with Gazprom.

“What is puzzling”, wrote ex-BP executive Nick Butler, who is now a visiting Professor and Chair of the King’s Policy Institute at King’s College London, “is when a company with a record of deep caution stretching back to the second world war makes a series of wagers that run contrary to conventional wisdom.”

As my colleague Hannah McKinnon added last week: “the company must know something we don’t because objectively these plays don’t make a lot of sense.”

The company responds – as only Shell can – that it is playing the long game, predicting a day when the world will need oil and the oil price has rebounded to what the company and its advisors believe is a sensible level. The company argues that it can drill safely.

The problem for Shell is that most of this is complete nonsense. Shell has no idea what the long term oil price will be in a carbon-constrained world. Moreover, Shell cannot be trusted to act safely. Over the weekend Shell’s damaged ice-breaker, the Fennica, arrived back in Portland for repairs.

The ship is a crucial part of any spill response for the oil company, and currently has a massive gash in its side after yet another setback for Shell. The company now has to fix the hole before it can start drilling.

And once again the ship attracted protests and negative media for Shell. About 75 “kayaktivists” activists protested against Shell’s drilling on Saturday afternoon, holding a peaceful on-the-water rally against the company’s Arctic folly.

“It’s a pristine area that shouldn’t be touched,” said Portland chiropractor and kayaker Mariam Fish. “There are alternatives to fossil fuels that are not being explored adequately and supported by the government. It’s time to do that.”

Even a company as big as Shell does not have a skin that is impermeable to protest: all you have to do is think back to how the company’s image was battered by its Nigerian operations and the Brent Spar episode in the nineties.

What the company has to understand is that every time Shell has another accident, or starts drilling or its ships come back to port there will be another protest and more negative publicity. And these protests are growing.