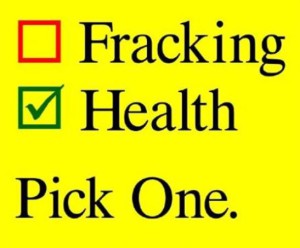 Over the last few months on this blog, I have pointed out that barely a week goes by without new research raising serious health issues about fracking.

As I have repeatedly said, science takes time to catch up with events on the ground. It takes months, if not years, to undertake sampling, analyse the data, write up the results and get the material published in a peer-reviewed journal.

But as the scientists gradually publish research on the health impacts of fracking, what we do know is there is now significant – and growing – evidence of harm caused by the shale gas industry in the US.

What we also know is that British politicians seem to be deliberately ignoring that evidence for whatever reason in their rush to push fracking across the UK.

We have also known for a while that the Conservative Government is keen to push ahead with fracking, but yesterday’s Sunday Times reported that a “new round of onshore oil and gas exploration licences will be granted within weeks after energy secretary Amber Rudd decided to award them in two stages to speed up the development of fracking.”

The British Energy minister Andrea Leadsom was quoted as saying the Government wants to “get shale moving”.

Leadsom and her boss, the British Energy Minister Amber Rudd, can only be seen as deliberately ignoring the evidence of harm that fracking causes.

The most recent evidence was published last week that revealed that people living near fracking areas are more likely to be susceptible to serious health issues, such as heart conditions, cancer and neurological problems.

In 18 ZIP codes where there was a well density greater than 0.79 wells per square kilometer, residents were predicted to have a 27 percent increase in hospitalizations for heart conditions compared to areas without any drilling.

Reynold Panettieri, one of the study’s authors, and the deputy director of the Center of Excellence in Environmental Toxicology at University of Pennsylvania, said: “At this point, we suspect that residents are exposed to many toxicants, noise, and social stressors due to hydraulic fracturing near their homes and this may add to the increased number of hospitalizations.”

He added: “This study represents one of the most comprehensive to date to link health effects with hydraulic fracturing.”

It is a study that the British Government looks set to deliberately ignore.